“At the request of the President, HUD will be tearing down the Obama Administration’s Affirmatively Furthering Fair Housing rule,” Carson told the Daily Caller. “In nearly every case, it is a fact that local governments are more adequately equipped to deal with their community’s unique needs than any unelected bureaucrat in Washington.” 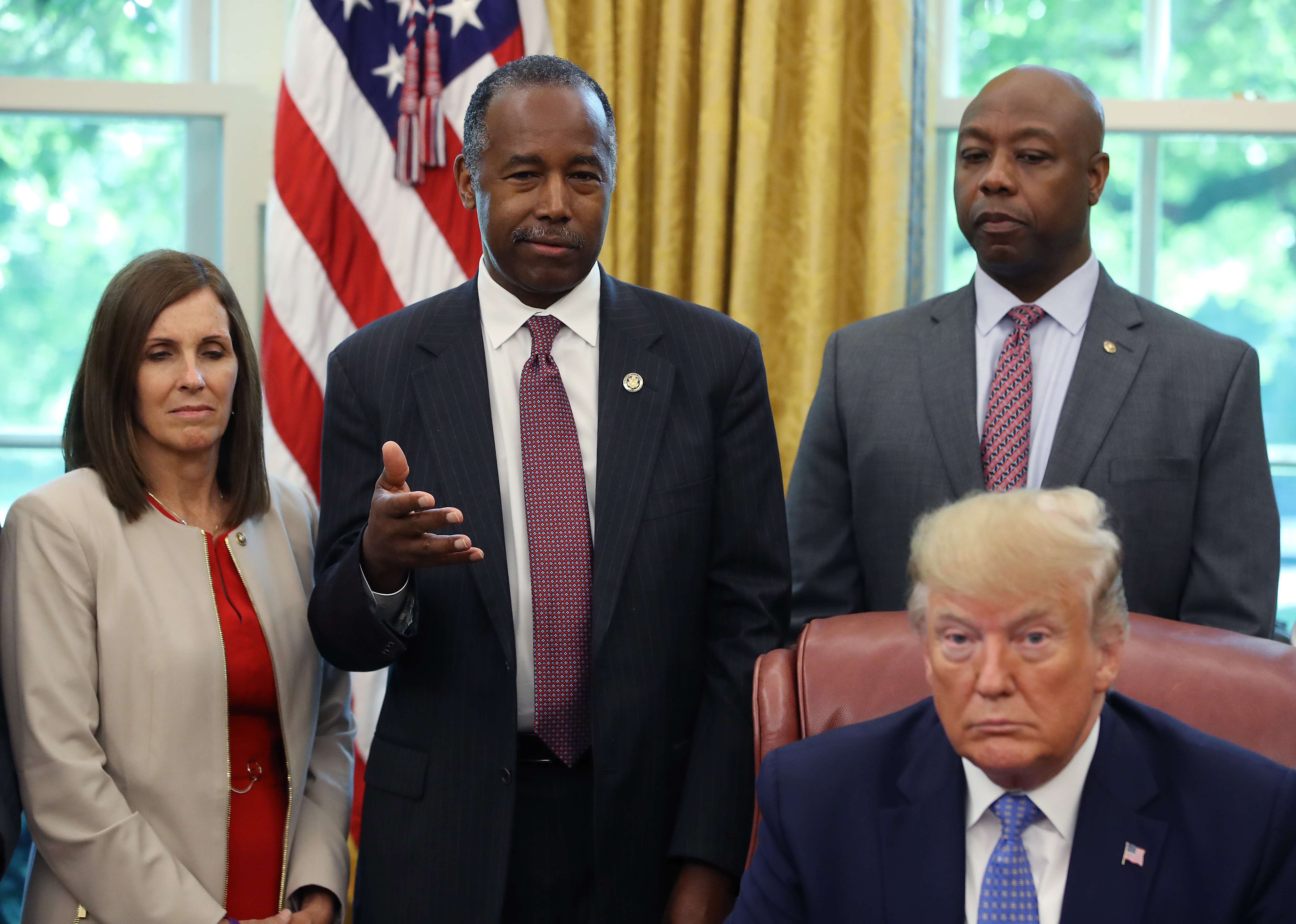 The AFFH rule was added to the decades-old Fair Housing Act by the Obama administration in an effort to hold local HUD grantees accountable to the idea of furthering affordable housing by producing and maintaining assessments of fair housing practices. Those assessments saddled HUD’s payroll with an estimated 64 additional employees, whose salaries cost American taxpayers up to $15 million a year.

Furthermore, the Trump administration argues the rule hurt low income Americans by forcing federal funds into wealthy areas, as numerous local jurisdictions opted out of the program due to the cost of producing reports, delivering them to HUD, and in many cases, forcing through zoning changes to maintain compliance.

Carson and senior HUD officials stated that the decision to roll back AFFH dated back to President Donald Trump’s first days in office. Carson originally suspended AFFH tools in 2018, and Trump further instructed Carson in January of 2020 to go as far as the law allows to terminate and replace the rule, without requiring Congressional action, senior HUD officials said. The president has recently voiced his opinion on the subject, tweeting he was considering ending the rule in June.

At the request of many great Americans who live in the Suburbs, and others, I am studying the AFFH housing regulation that is having a devastating impact on these once thriving Suburban areas. Corrupt Joe Biden wants to make them MUCH WORSE. Not fair to homeowners, I may END!

The rule change still allows jurisdictions to receive grants, and the policing mechanism boils down the roughly 270 page guidance document produced by the Obama administration into four key pillars: Fair housing must be safe, decent, free of unlawful discrimination, and accessible under civil rights laws.

In order to be eligible to receive housing grants, the jurisdictions must certify they will advance at least one of the aforementioned statutes. HUD officials, when asked by the Daily Caller how the administration plans on enforcing grantees advance fair housing, explained that while they won’t be launching a new enforcement body, they still plan to enforce rule violations in the same manner under which AFFH currently operates, namely public reporting.

HUD officials maintained that the rule change does not mean the administration is “abandoning” the principles outlined in the Fair Housing Act. Instead, they said that Trump and Carson are seeking to streamline the process in which local jurisdictions can quickly provide safe and affordable housing to people who need it most.

Since being tapped to lead HUD, Carson has taken significant steps to ensure fair housing aid be made available to those who truly need it. He and HUD accused and sued Facebook of violating the Fair Housing Act in 2019 by restricting housing-based ads by race and other factors. Carson has also cleared a significant backlog of Fair Housing complaints rolled over from the previous administration. Data provided to Daily Caller indicate that under Carson’s leadership, HUD has investigated and resolved 22,933 Fair Housing cases since January 2017. 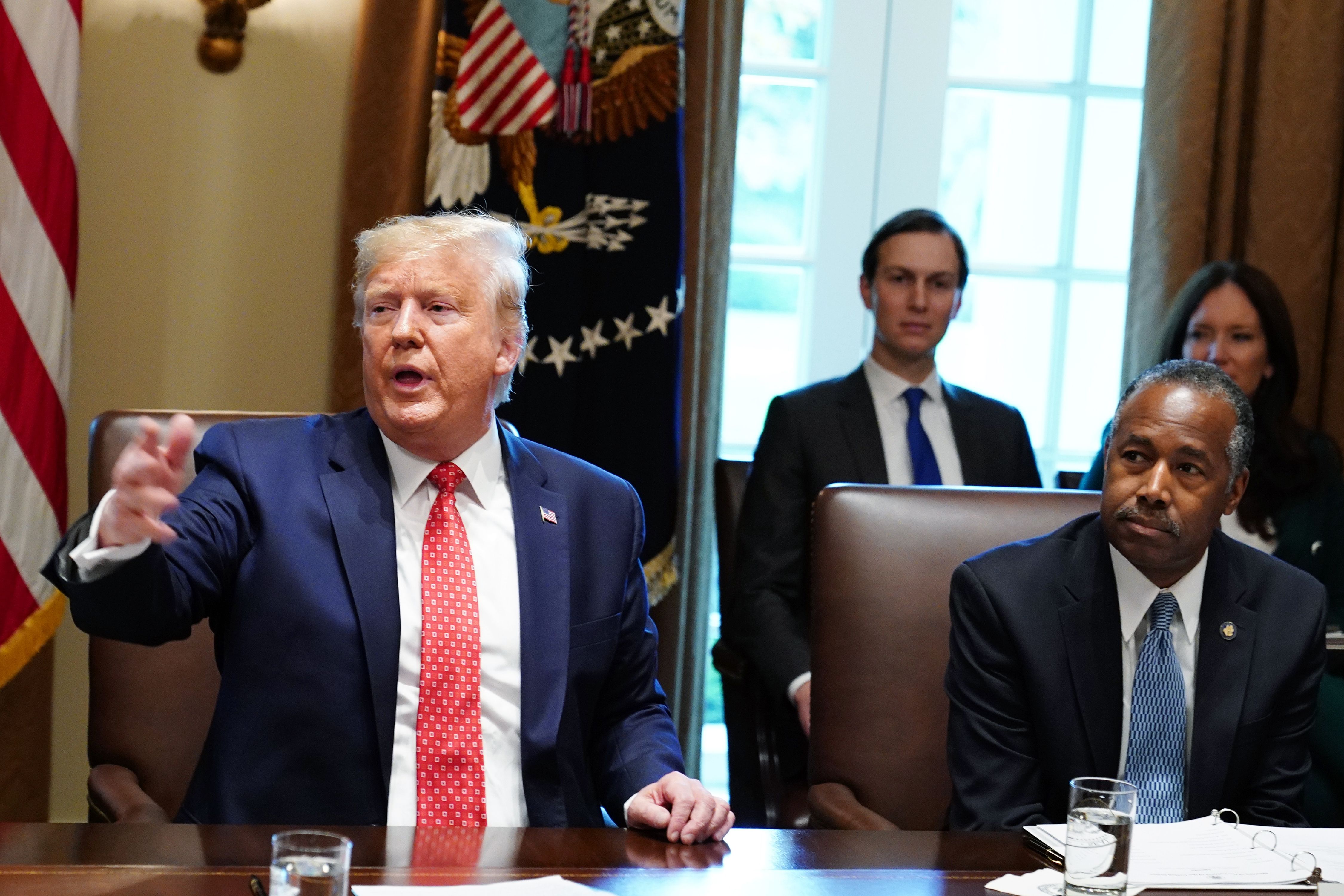 US President Donald Trump takes part in a cabinet meeting in the Cabinet Room of the White House in Washington, DC on November 19, 2019 as Ben Carson, Secretary of Housing and Urban Development looks on. (Photo by MANDEL NGAN/AFP via Getty Images)

“President Trump’s roll back of the Obama Administration’s ‘war on the suburbs’ is a major win for the American people,” Vought told the Daily Caller Wednesday evening. “Washington should not have the power to social engineer our communities by leveraging federal resources. Thankfully, President Trump has stepped in to protect our neighborhoods, communities and families from the heavy hand of government.”

“Secretary Carson and President Trump have rightfully recognized the importance of rolling back Obama’s AFFH rule, which sought to extort localities for utopian demographic design. For years I have fought this effort by Democrats to socially engineer local neighborhoods for political power,” Gosar stated. “I fully support this Trump Administration rule that empowers local communities.”

“Every American should be free to choose where to live, and every community should be free to compete for new residents as they see fit,” Lee added. “What our communities do not need is another costly government mandate that makes it harder for local communities to govern. This reversal of President Obama’s burdensome housing rule is a strong step towards more affordable housing.”