President Donald Trump expressed frustration that he isn’t more popular with black voters during an exclusive interview with the Daily Caller in the Oval Office.

Trump spoke with the Caller Friday evening for more than an hour on a variety of issues — including racial inequality, coronavirus, China, John Bolton and the 2020 election. Throughout the conversation, he cited his work on criminal justice reform, reducing black unemployment to historic lows, the creation of Opportunity Zones, and securing funding for Historically Black Colleges and Universities as hallmark achievements of his first three and a half years in office. (EXCLUSIVE: ‘A Much Dirtier Game’ — Trump Wants To ‘Get Involved’ In Making Advertiser Boycotts Illegal)

The Caller in turn asked Trump why, given that polling suggests his base will vote for him in the 2020 election no matter what, he doesn’t do more to directly “right all of these racial inequalities,” starting with “[inviting] Black Lives Matter in to be a part of the conversation,” and “[telling] Congress to pass legislation to make Juneteenth a federal holiday.” 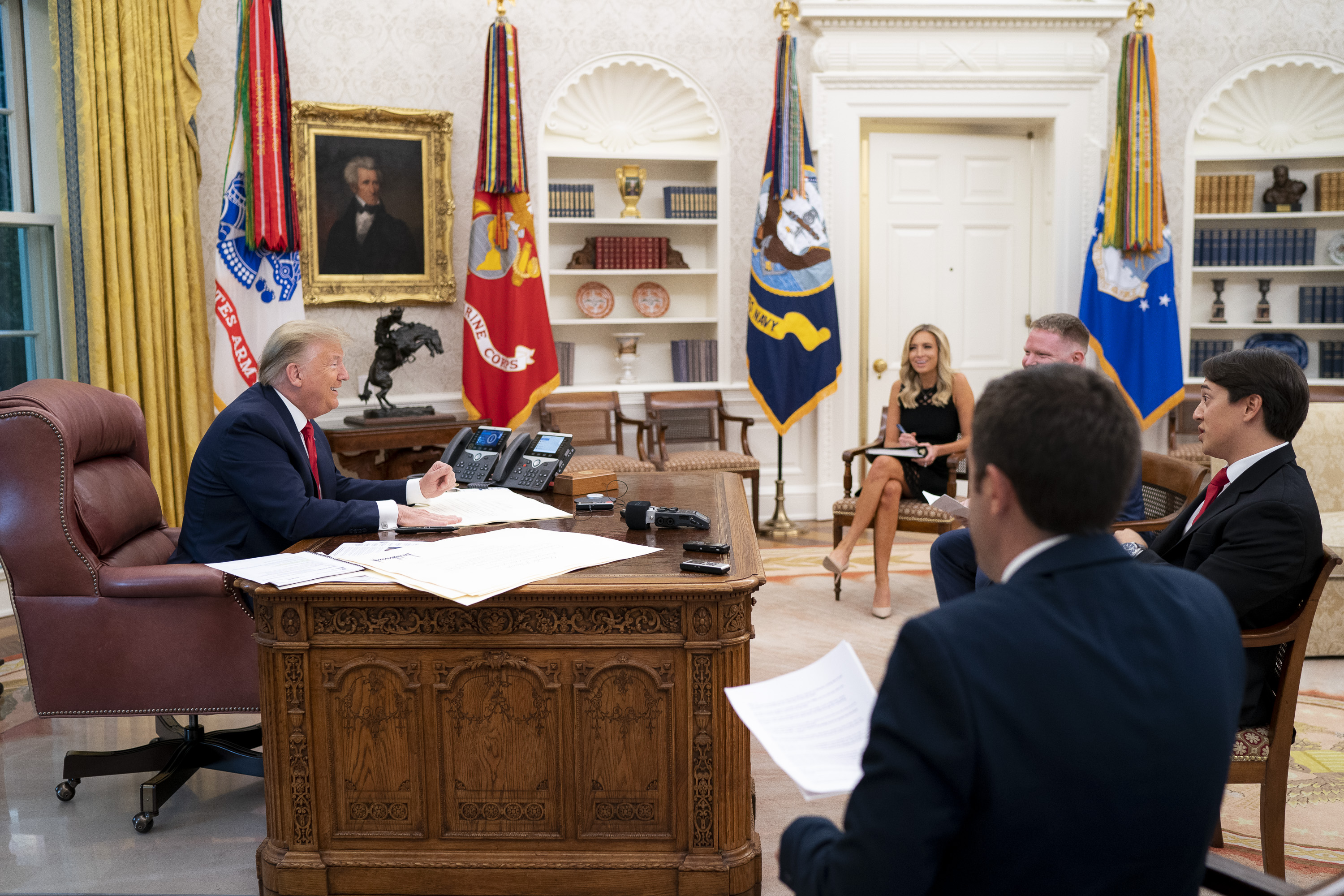 He told the Caller that, based on his achievements, his approval rating with black voters should be at “100 percent.”

When pressed by the Caller on why he thinks his popularity isn’t higher, he suggested “it’s habit.”

“Habit being they’re used to voting for a certain party,” he conceded. “The polling is very fake anyway when it comes to me.”

“I don’t know,” POTUS continued. “I don’t know what else I could do other than change the minds and the psychology of everybody in the world.”