Overall, newly confirmed cases increased at a rate of 7% this week in the U.S., compared to the more than 20% increases every week for most of July, according to data compiled by Axios. This week, confirmed coronavirus cases went up at a 3% rate in Texas and 9% in California.

Arizona was one of four states that saw more than 10% decrease in cases this week, according to Axios’ data. Washington D.C.’s confirmed cases rose 28% over the 7-day period ending July 21, and Puerto Rico’s cases doubled over the same period. The U.S. reports an estimated 66,000 cases every day, Axios reported.

The Texas State Department of Health (DSHS) reportedly removed 3,484 probable COVID cases June 17, the Texas DSHS reported. The number change came amidst a record case surge in Texas, according to a statement from Republican Texas Gov. Greg Abbott.  (Related: 75% Of Americans Think Masks Should Be Required In Public) 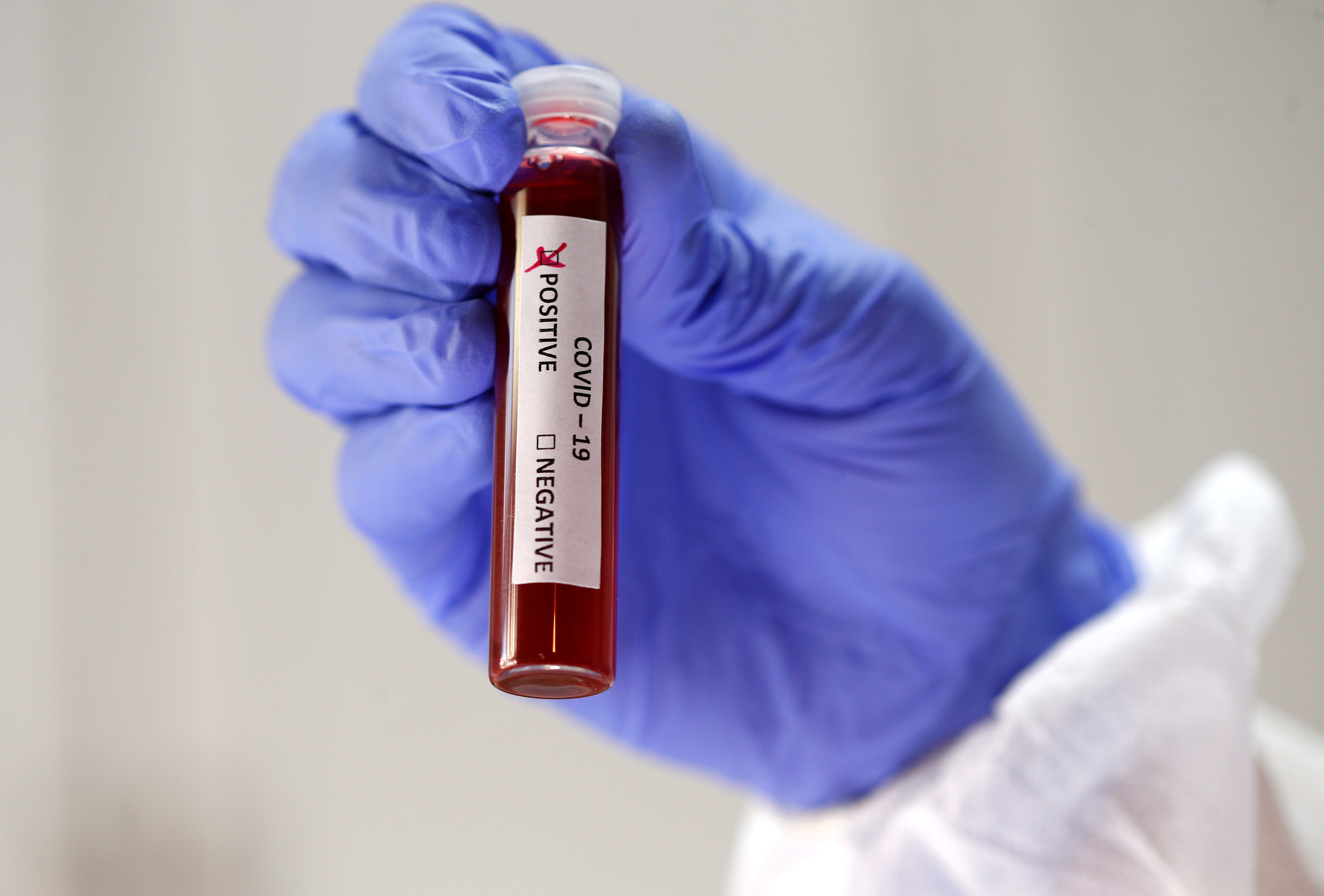 Fake blood is seen in test tubes labelled with the coronavirus (COVID-19) in this illustration taken March 17, 2020. REUTERS/Dado Ruvic/Illustration

The U.S. reached around 4 million cases Thursday, which is double the number of cases confirmed June 11, the Washington Post reported. On Wednesday, more than 1,100 reportedly died from COVID, a record number since May 29. Overall, an estimated 141,000 have died from COVID in the U.S., according to the Post.