Seventy-seven percent of Americans are concerned about the spike in crime occurring in cities across the U.S., according to a new poll out Monday.

The Harvard CAPS/Harris poll released to The Hill also found that 46% of Americans are worried out crime in their local communities. 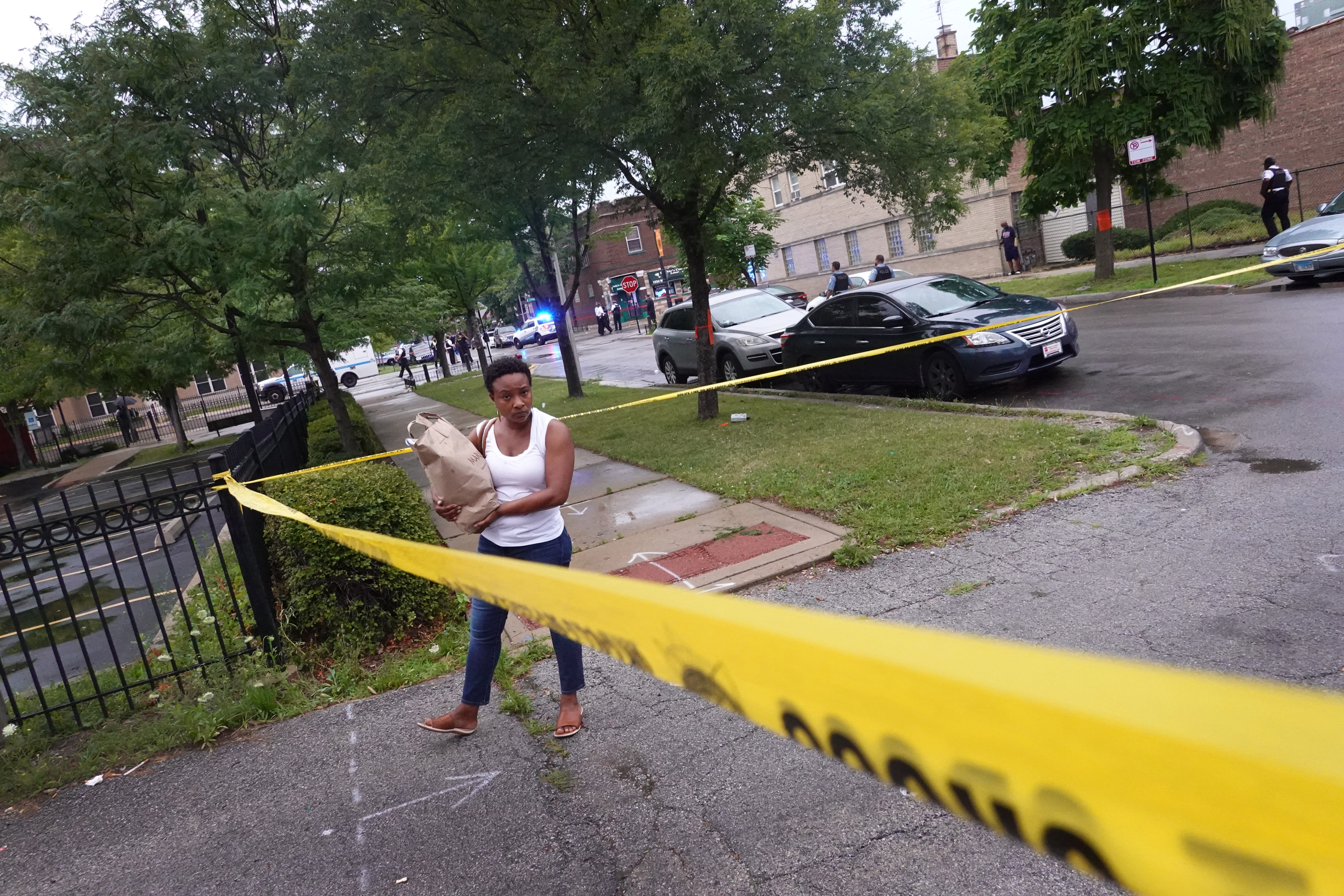 A resident stands inside of police tape as Chicago police secure the scene of a shooting in the Auburn Gresham neighborhood on July 21, 2020 in Chicago, Illinois. (Photo by Scott Olson/Getty Images)

“At the same time they see an increase of violence and crime and are concerned that prosecutors are not prosecuting the crimes — they blame the protests and the high unemployment when asked what is responsible for the spike in violence,” Harvard CAPS/Harris polling director Mark Penn told The Hill. “They also single out social media for being used to coordinate violence and in their view not doing much to curb it.”

The poll was an online survey of 1,932 registered voters that was completed between  July 21-23 and “weighted to reflect known demographics. As a representative online sample, it does not report a probability confidence interval,” according to The Hill.

Violent crime has spiked in all of America’s largest cities. In New York City, the number of shootings increased by 130% in June over the same period in 2019, according to New York Police Department crime statistics. Burglaries were also up by 118%, and murders by 30%. (RELATED: Rep. Ocasio-Cortez Partially Blames New York City Crime Spike On People Needing ‘To Shoplift Some Bread Or Go Hungry’)

Residents of Minneapolis have created community watch groups that are often composed of gun-toting volunteers who feel the need to protect themselves due to the rise in crime.

Since the death of George Floyd after his arrest by Minneapolis police, the city has seen chronic protests and rioting as well as a steady increase in violent crime, according to the Star Tribune. (RELATED: ‘Crime Is Rising!”: Lemon, Cuomo Mock ‘Right-Wing’ Media For Reporting On Crime)