A group of demonstrators outside Democratic California Gov. Gavin Newsom’s home chained themselves to his fence Monday in protest of the increasing coronavirus-related deaths in the state’s prison system.

California Highway Patrol (CHP) officers eventually cut the protesters’ chains and detached them from the fence, according to the Orange County Register. The CHP said it arrested 14 protesters who had chained themselves to Newsom’s property, The Sacramento Bee reported.

“Gov. Newsom, you are responsible for the COVID crisis that’s happening in prisons and jails,” a protester screamed during the protest, according to The Bee. “You must act now to save lives.”

One sign held by protesters called on Newsom to “free them all” in reference to state prisoners, The Bee reported. (RELATED: Pandemic Triggered Massive Decline In US Prison Population: Report) 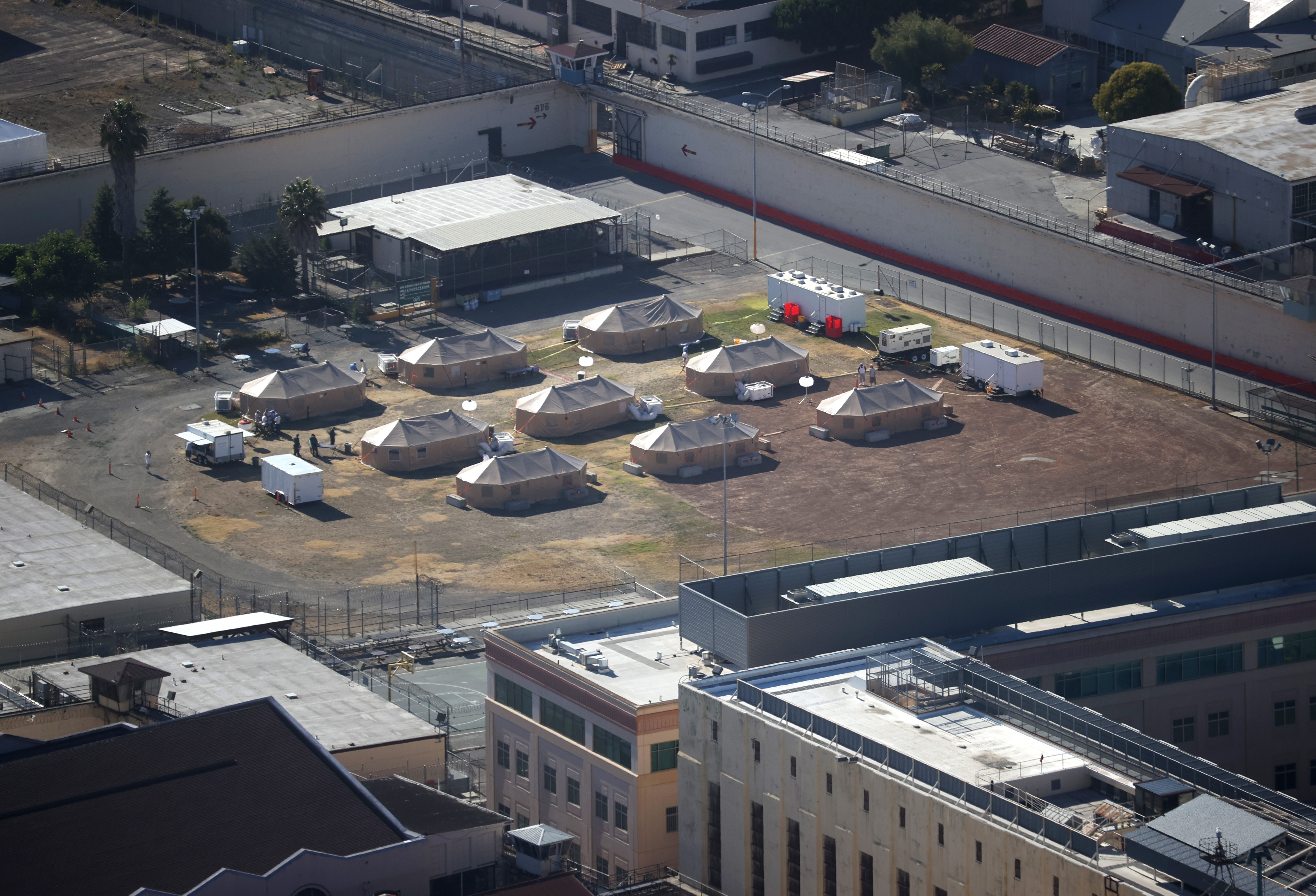 A view of a new emergency care facility that was erected to treat inmates infected with coronavirus at San Quentin State Prison on July 08, 2020 in San Quentin, California.(Justin Sullivan/Getty Images)

Nineteen inmates at San Quentin State Prison have died of apparent coronavirus complications as of Monday, according to The Mercury News. There have been more than 2,000 positive cases at the San Francisco-area prison.

The California Department of Corrections and Rehabilitation (CDCR) announced 8,000 inmates would be eligible for release by the end of August, according to a July 10 CDCR press release. That is in addition to the 10,000 that have already been released since the pandemic began.

“We’re glad the Governor is taking action to release more people. This is absolutely critical for the health and safety of every Californian,” said Jay Jordan, executive director of Californians for Safety and Justice, according to the press release.

Jordan added: “Too many people are incarcerated for too long in facilities that spread poor health.” 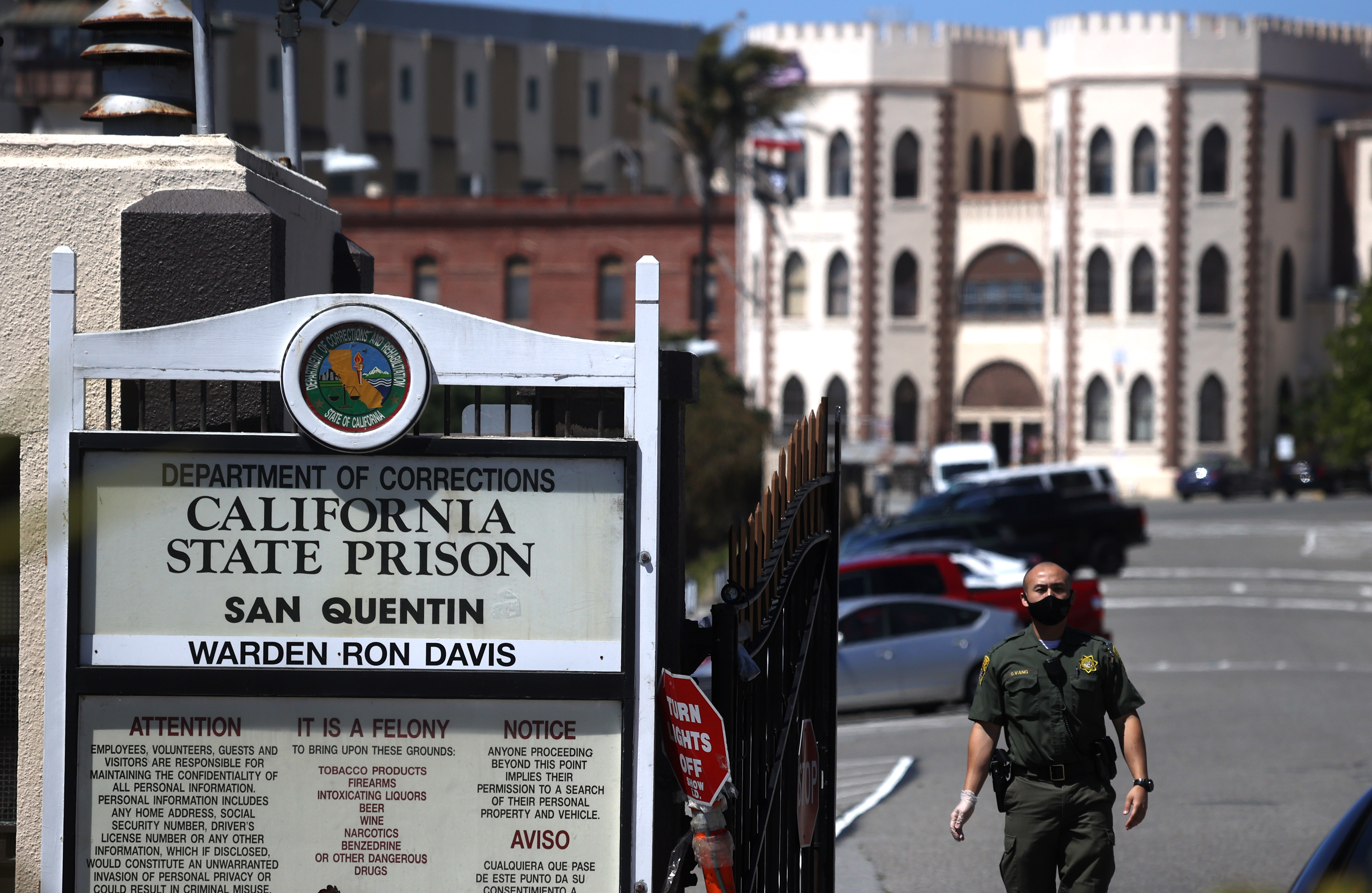 A California Department of Corrections and Rehabilitation (CDCR) officer wears a protective mask as he stands guard at the front gate of San Quentin State Prison on June 29, 2020 in San Quentin, California. (Justin Sullivan/Getty Images)

However, the CDCR measures didn’t go far enough, according to protesters who were staging outside Newsom’s home, the OC Register reported. They said the measures were “too little, too late.”

The protesters demanded Newsom grant mass clemency and release more prisoners, according to the OC Register.

The U.S. prison population has declined by 100,000, or 8%, between March and June, according to data compiled by The Marshall Project and The Associated Press. President Donald Trump declared a national emergency in March as coronavirus spread rapidly around the world.