Facebook CEO Mark Zuckerberg will tell lawmakers at Wednesday’s antitrust hearing that the company became an American success story because of stiff competition from other tech giants, according to a copy the Daily Caller News Foundation obtained of the billionaire’s opening statement.

“Facebook is a successful company now, but we got there the American way: we started with nothing and provided better products that people find valuable,” a transcript of Zuckerberg’s introduction reads. “As I understand our laws, companies aren’t bad just because they are big. Many large companies that fail to compete cease to exist.”

“We compete against the companies appearing at this hearing, plus many others that sell advertising and connect people. We also compete globally, including against companies that have access to markets that we aren’t in,” a transcript of Zuckerberg’s prepared remark reads. “Our story would not have been possible without U.S. laws that encourage competition.” 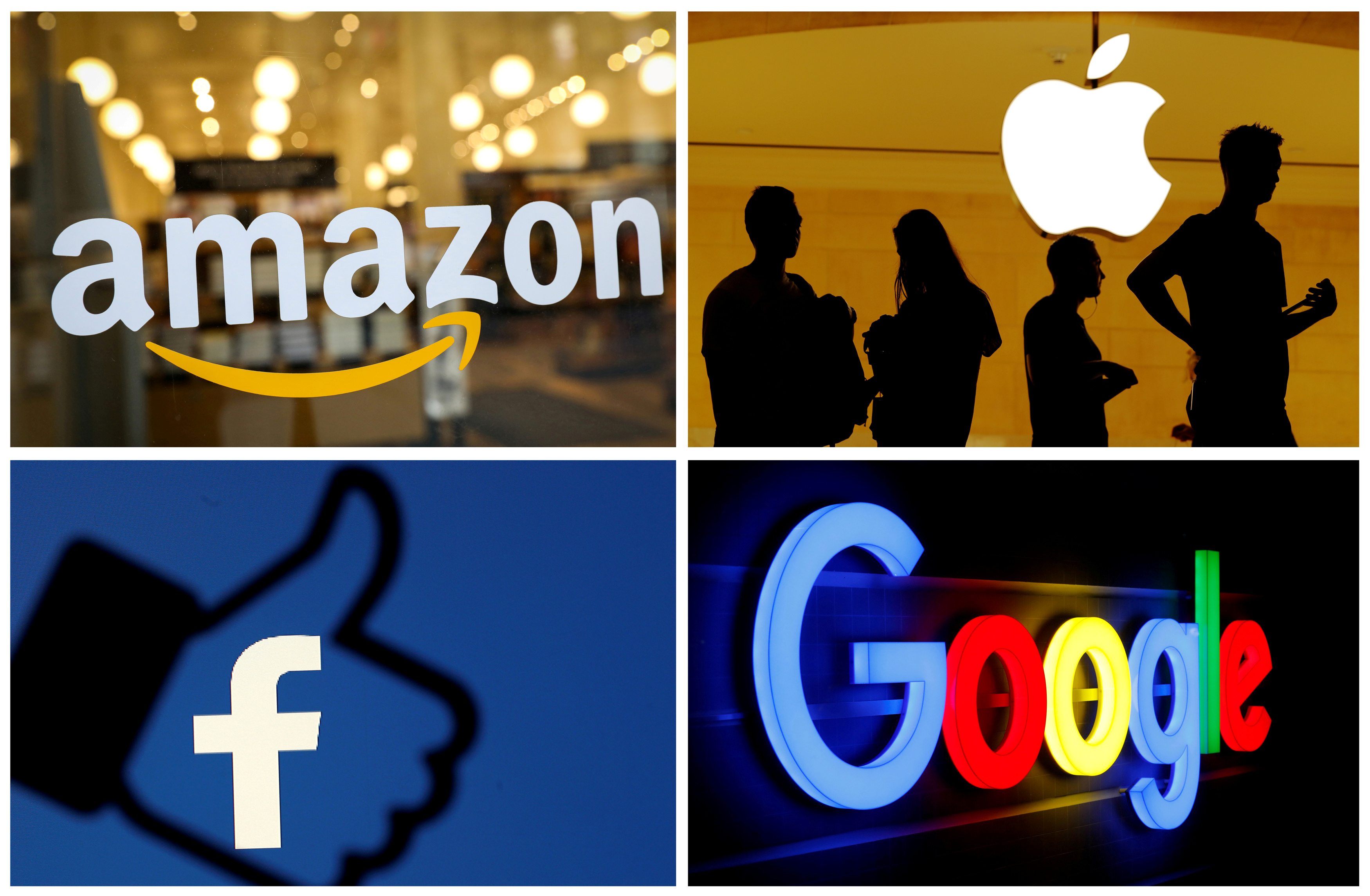 FILE PHOTO: The logos of Amazon, Apple, Facebook and Google are seen in a combination photo from Reuters files. REUTERS/File Photos/File Photo

Facebook’s acquisition of Instagram benefited both companies, Zuckerberg is expected to say during his opening remarks.

“Instagram was able to get help stabilizing infrastructure and controlling runaway spam,” the transcript reads. “It also benefited from the ability to plug into Facebook’s self-serve ads system, sales team and existing advertiser relationships to drive monetization.”

Facebook declined to confirm or deny to the DCNF the authenticity of the transcript.

Google consistently accounts for roughly 90% of online information searches, Vox reported in May, citing Google Trends. A DCNF report in 2018 showed the company’s employees have expressed willingness to artificially manipulate search results on the platform.

“We need to move very quickly, as a Congress, to reassert our authority into regulation of these tech companies and [their] anticompetitive practices,” she said. Documents will be revealed Wednesday, according to the Washington Post, as part of a hearing regarding the four tech giants’ business models and whether they stifled competition in ways that violate federal antitrust laws.