Pence joined the pro-life Susan B. Anthony List to visit the Florida pregnancy center, A Woman’s Place Medical Clinic, as he kicked off his multi-state tour “Life Wins,” according to the Washington Times.

While at the clinic, Pence met Kia Farrel and her son Ollie Farrel. Farrel chose not to abort her son after she viewed an ultrasound of the unborn baby boy at A Woman’s Medical Clinic, the Times reported.

“I met little Ollie today. He was a healthy and exuberant little boy who will turn 1 year old next week,” Pence said, the according to the publication. “That’s the difference this movement is making, one life at a time, one family at a time.” 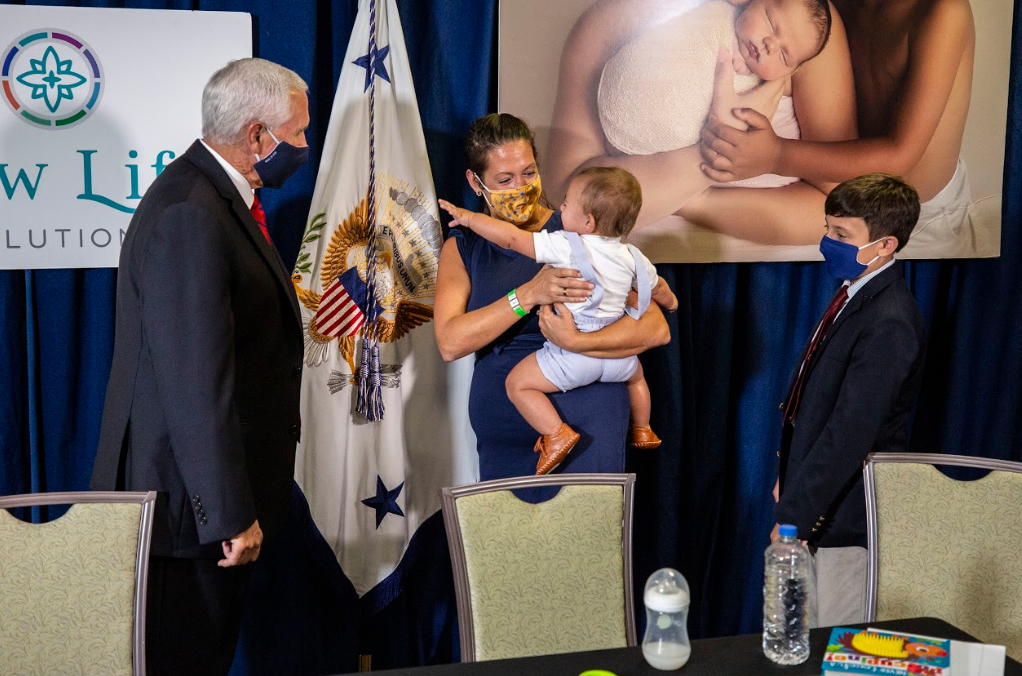 Pence meets Kia Farrel, who chose not to abort her baby Ollie after viewing an ultrasound of Ollie at A Woman’s Medical Clinic. Photo courtesy of the Susan B. Anthony List.

Pro-life pregnancy centers offering alternatives to abortion have frequently come under fire from pro-abortion advocates. Former Planned Parenthood President Leana Wen tweeted in July 2019 that crisis pregnancy centers “falsely depict themselves as health centers when their only purpose is to misinform, shame, and deter anyone seeking safe, legal abortion care.”

A Woman’s Place Medical Clinic’s website notes that “this center does not perform or refer for abortion.” The clinic offers pregnancy testing, ultrasounds, STI testing and treatment, wellwoman exams, and information consultations, according to the center’s website.

A Woman’s Place Medical Clinic is part of New Life Solutions, which Pence praised when he spoke at the Starkey Road Baptist Church in Largo, Florida following his tour of the clinic. (RELATED: Here’s How Joe Biden Has Evolved On Abortion As He Attempts To Become President) 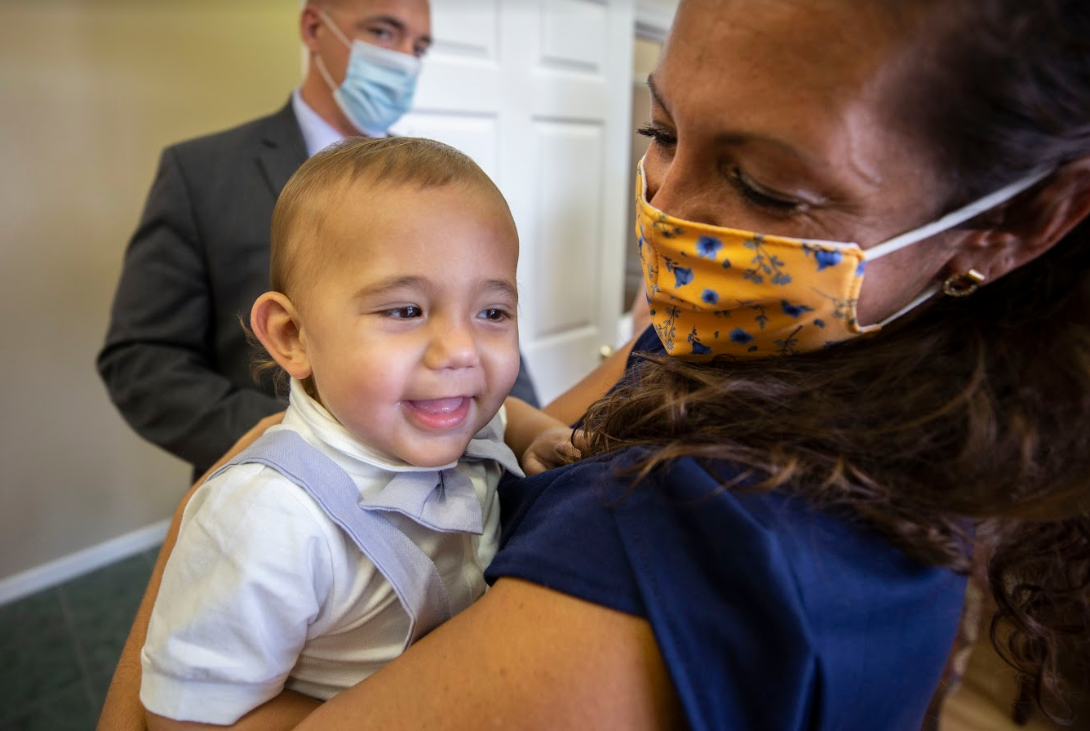 Ollie and his mother Kia Farrel. Kia chose not to abort Ollie after viewing his picture via ultrasound at A Woman’s Place pregnancy center. Photo courtesy of the Susan B. Anthony List.

“You know, the pro-life movement doesn’t just talk the talk — you walk the walk,” the vice president said.

“I saw a wonderful clinic, heard about all the volunteers that stepped forward along with registered nurses and health care professionals. The place is literally every day bustling with people ready to not just stand for life, but stand with women facing the most difficult circumstances in their lives,” he said.

Thank you to A Women’s Place Medical Clinic for the work you’re doing to save the innocent lives of the unborn, including 10,000 babies in the last 35 years & 500 babies within the last 12 months. I couldn’t be more proud to be part of the most Pro-Life Administration in history! pic.twitter.com/rvAQiYcyRk

Pence also praised New Life Solutions for saving “10,000 babies’ lives” over the course of the ministry’s 35 years of work in the Florida Pinellas and Hillsborough counties.

“Thanks to your commitment, for 35 years in this community and in cities and towns across America, I’m proud to report to you that there are now far more pregnancy-care centers than abortion clinics,” Pence added, according to the Times. “That is progress. And life is winning in America, because of all of you.” 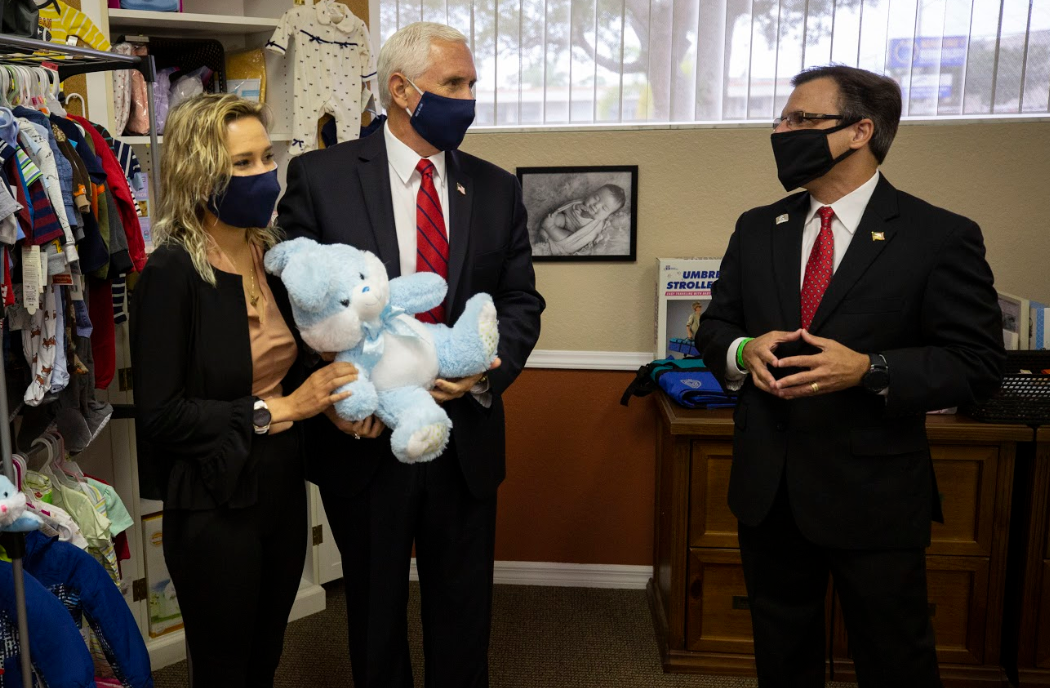 Pence’s visit to the pregnancy center comes as President Donald Trump again emphasizes his commitment to upholding pro-life principles ahead of the 2020 presidential election. Trump in January became the first president in history to physically speak in person at the annual March for Life.

Pence’s office did not respond to requests for comment from the Daily Caller News Foundation.