An open letter to Facebook, posted by the non-profit organization StopantiSemitism.org, asks the company’s board of directors to take more proactive steps to fight against anti-Semitism. The collation of 128 organizations that co-signed the letter implored the social media giant to adopt the International Holocaust Remembrance Alliance (IHRA) working definition of antisemitism.

“Antisemitism is a certain perception of Jews, which may be expressed as hatred toward Jews,” according to IHRA definition. “Rhetorical and physical manifestations of antisemitism are directed toward Jewish or non-Jewish individuals and/or their property, toward Jewish community institutions and religious facilities.”

The definition of anti-Semitism used by IHRA has been adopted by the U.S. State Department and more than 40 other countries, the press release claims.

Facebook currently defines religious affiliation as a “protected characteristic,” meaning any violent or dehumanizing speech towards it violates community guidelines. The social media company explicitly lists dehumanizing comparisons referring to Jewish people as hate speech that is banned from the platform.

Mark Zuckerberg, CEO and Founder of Facebook, has promised to fight hate speech, but the letter claims he is not doing enough.

“We urge Facebook to put words into actions behind commitments,” the letter states.

British Chief Rabbi Ephraim Mirvis previously criticized Facebook and Twitter’s handling of anti-Semitic posts in a July 26 tweet, saying, “For too long, social media has been a safe space for those who peddle hatred and prejudice,” after Wiley, UK rapper, sent out a series of now deleted anti-Semitic tweets on July 24 and was not immediately banned. 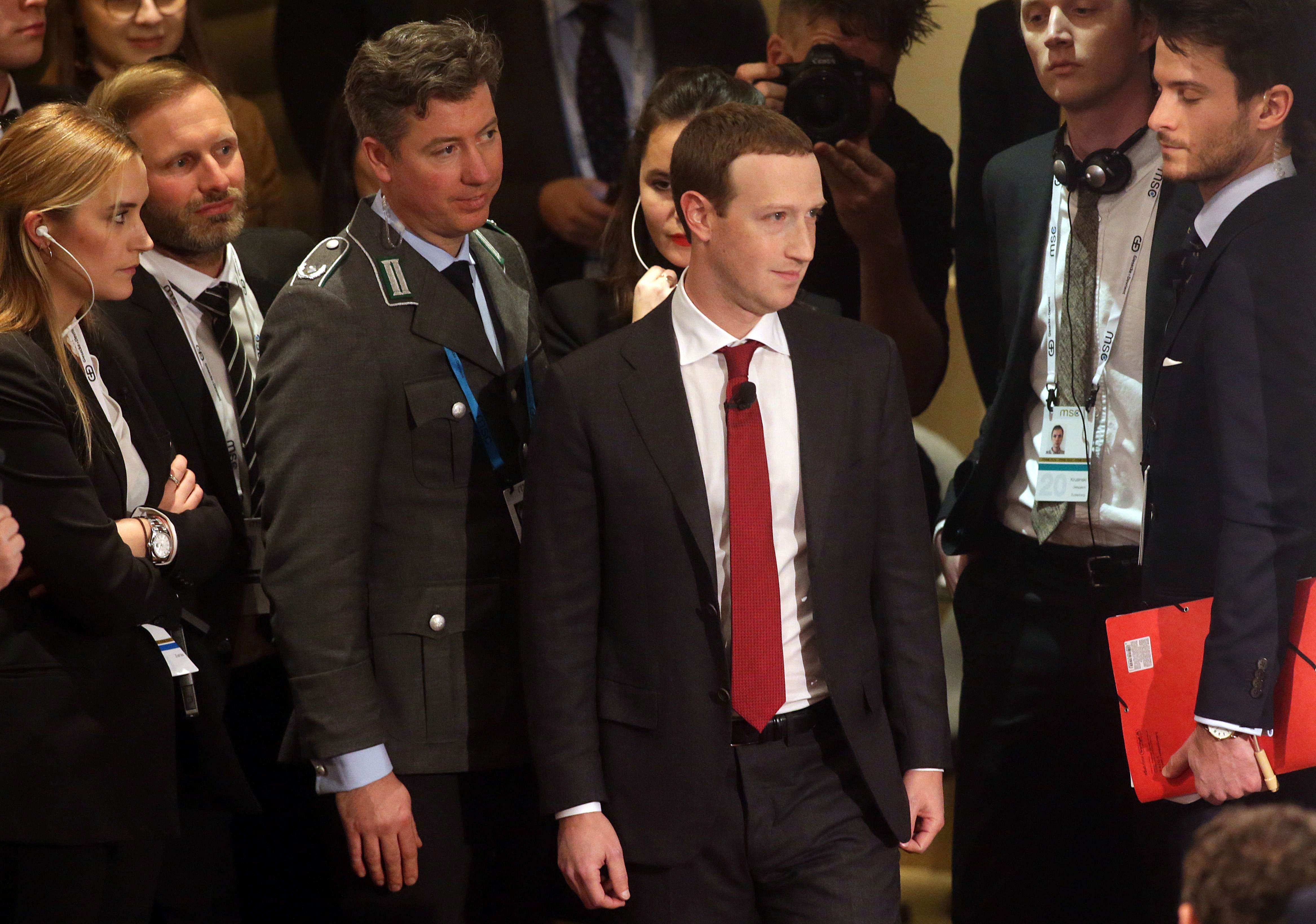 MUNICH, GERMANY – FEBRUARY 15: Facebook founder and CEO Mark Zuckerberg arrives for the 2020 Munich Security Conference (MSC) on February 15, 2020 in Munich, Germany. The annual conference brings together global political, security and business leaders to discuss pressing issues, which this year include climate change, the US commitment to NATO and the spread of disinformation campaigns. (Photo by Johannes Simon/Getty Images)

“The volume and velocity at which anti-Semitism grows online require greater responsibility on behalf of the platforms that enable them to spread. There is no free pass to amplifying anti-Semitism,” Greendorfer says.

Zuckerberg announced new policies to fight hate speech including higher standards for hateful content in ads and labeling newsworthy content, in June, according to CNBC.
Facebook did not return the Daily Caller News Foundation’s request for comment.