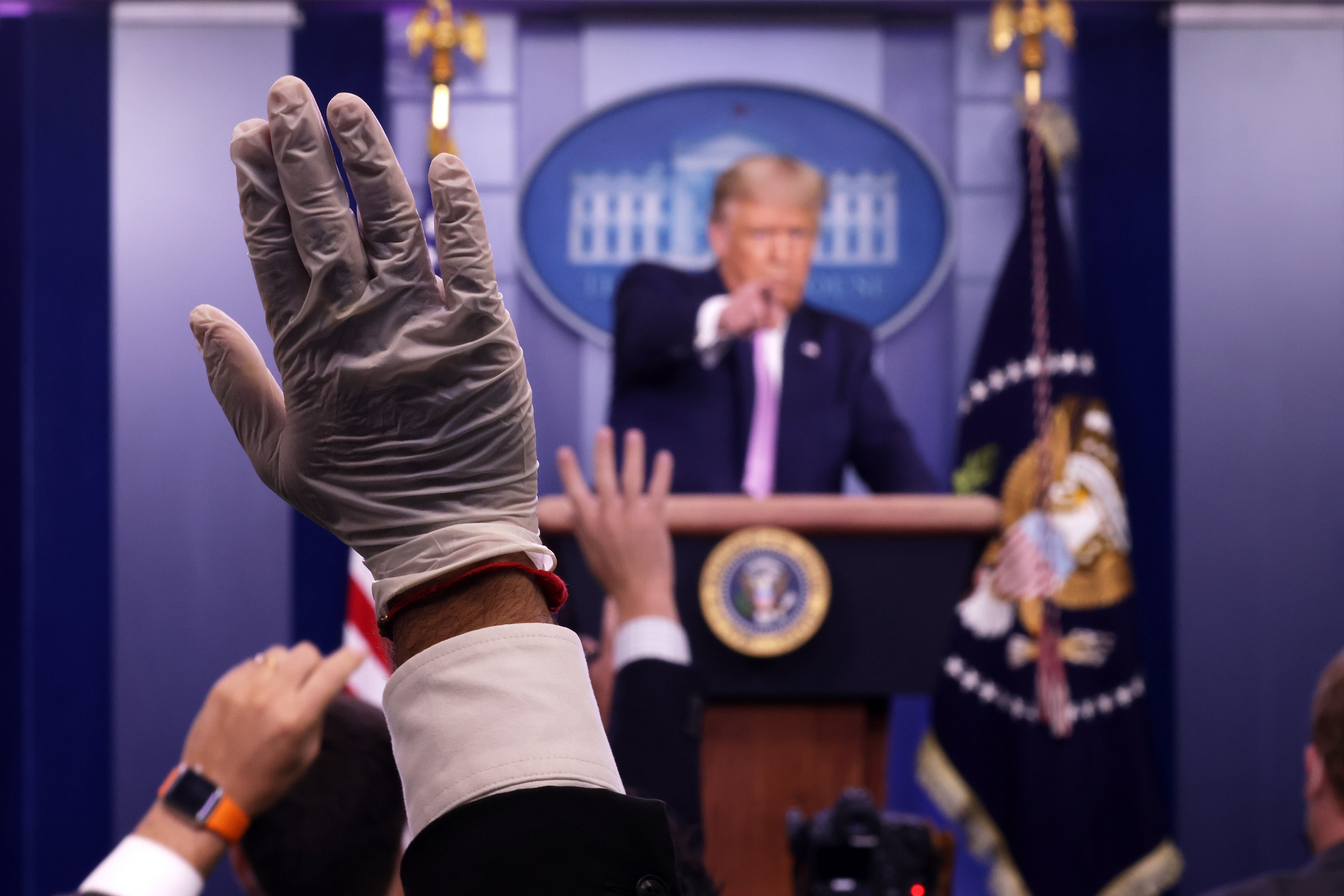 WASHINGTON, DC – AUG. 11: U.S. President Donald Trump takes questions during a news conference in the James Brady Press Briefing Room of the White House Aug. 11, 2020 in Washington, DC. Trump discussed the coronavirus and several other topics, including the announcement by Democratic presidential candidate, former Vice President Joe Biden that he has chosen Sen. Kamala Harris to be his running mate in the 2020 general election. (Photo by Alex Wong/Getty Images)

Congratulations to future Republican Star Marjorie Taylor Greene on a big Congressional primary win in Georgia against a very tough and smart opponent. Marjorie is strong on everything and never gives up – a real WINNER!

Georgia Republican Rep. Tom Graves has held the 14th District seat since its formation in 2010. He announced in December of 2019 that he would not seek reelection.

Greene easily secured the party nomination with more than 60% of the vote. (RELATED: Big Tech Purges Q Accounts — Will This Have An Impact On November?)

Republican House Leadership, including Minority Leader Kevin McCarthy and Minority Whip Steve Scalise, came out against Greene’s candidacy after videos were unearthed this summer of her calling black Americans “slaves” and making other anti-Semitic and Islamophobic remarks.

“The GOP establishment, the media, & the radical left, spent months & millions of dollars attacking me,” Greene tweeted Tuesday night in celebration of her victory. “Tonight the people of Georgia stood up & said that we will not be intimidated or believe those lies.”

The GOP establishment, the media, & the radical left, spent months & millions of dollars attacking me.

I’m excited to be the next Congresswoman of GA 14

She will face off against Democrat Kevin Van Ausdal in the November election.