A civil liberties group filed a federal lawsuit Tuesday on behalf of a landlord who alleges that a recent U.S. government eviction moratorium order will continue to cause him “significant economic damages” from unpaid rent.

The Centers for Disease Control and Prevention (CDC) issued an order Friday temporarily halting residential evictions until 2021 in order to “prevent the further spread” of coronavirus. The New Civil Liberties Alliance (NCLA) sued on behalf of landlord Rick Brown, whom the organization says has already lost $8,092 in unpaid rent on his Winchester, Virginia property, which he has a mortgage on.

“CDC’s order is an unprecedented power grab that hurts hardworking people who have done nothing more than try to earn a living renting out their property,” said NCLA litigation counsel Caleb Kruckenberg, according to a Tuesday press release.

He continued: “If CDC can get away with such a brazen abuse, then federal power has no limits.” (RELATED: REPORT: Trump Admin Seeking To Prevent Evictions For Americans Making Under $99k) 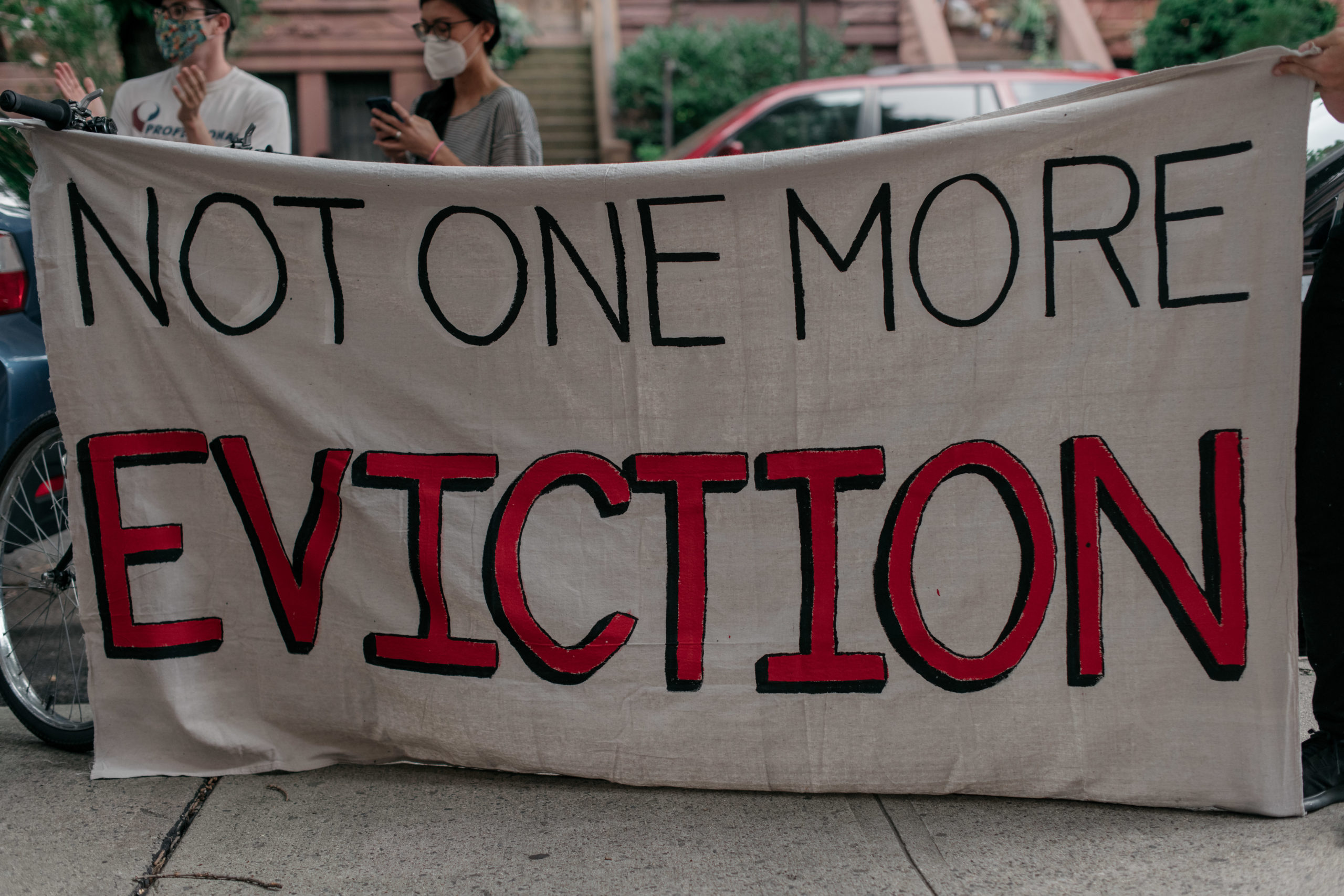 Housing activists gather to call for cancellation of rent in the Crown Heights neighborhood on July 31, 2020 in Brooklyn, New York. (Scott Heins/Getty Images)

The Supreme Court of Virginia issued an order on Aug. 7 halting evictions in the state until Sept. 7 at the request of Gov. Ralph Northam. Brown sought to pursue an eviction of his tenant who hasn’t paid rent for months on Sept. 7, but has been unable to do so as a result of the CDC order, according to the lawsuit.

In addition to not receiving rent payments, Brown has also suffered financial losses from monthly maintenance costs, damages to his property and lost opportunity to rent his property to tenants who could pay him, according to the NCLA press release. If he were to violate the CDC order, Brown could be penalized with a $100,000 fine and a year in jail.

The lawsuit further alleges that CDC overstepped its authority as a federal agency when it issued the order. Federal agencies have no power to make law or issue an order halting evictions, according to the lawsuit.

“As sympathetic as many tenants are, the CDC has no power to stop landlords from using state court eviction processes,” said NCLA executive director and general counsel Mark Chenoweth. “Left unchecked, this abuse of power would set a horrible precedent that would destabilize rental markets for tenants and landlords alike.”

The CDC order likened the moratorium to social distancing saying it “can be an effective public health measure” to prevent coronavirus from spreading further. It also said evictions could cause increased homelessness, which in turn would facilitate virus spread.

Roughly 17 million people filed for unemployment in April as coronavirus impacted the country, according to Bureau of Labor Statistics data. President Donald Trump declared a national emergency in March as coronavirus spread rapidly around the world.

The movement to cancel rent has gained momentum in light of the unemployment spike caused by coronavirus. Democratic Rep. Ilhan Omar introduced a bill co-sponsored by seven other members of Congress in April to cancel all rent and mortgage payments throughout the duration of the pandemic.

“We must take major action to protect the health and economic security of the most vulnerable, including the millions of Americans currently at risk of housing instability and homelessness,” Omar said, according to a press release.