An Israeli man convicted of murder in a 2015 arson attack that killed an 18-month-old Palestinian toddler and his parents was handed three life sentences by a district court Monday.

The Lod District Court convicted Amiram Ben-Uliel in May for firebombing the home of a Palestinian family in the West Bank village of Duma, where Israeli settlements have been constructed in recent years, the Associated Press reported. The attack killed 18-month-old Ali Dawabsheh along with his parents, Riham and Saad Dawabsheh. 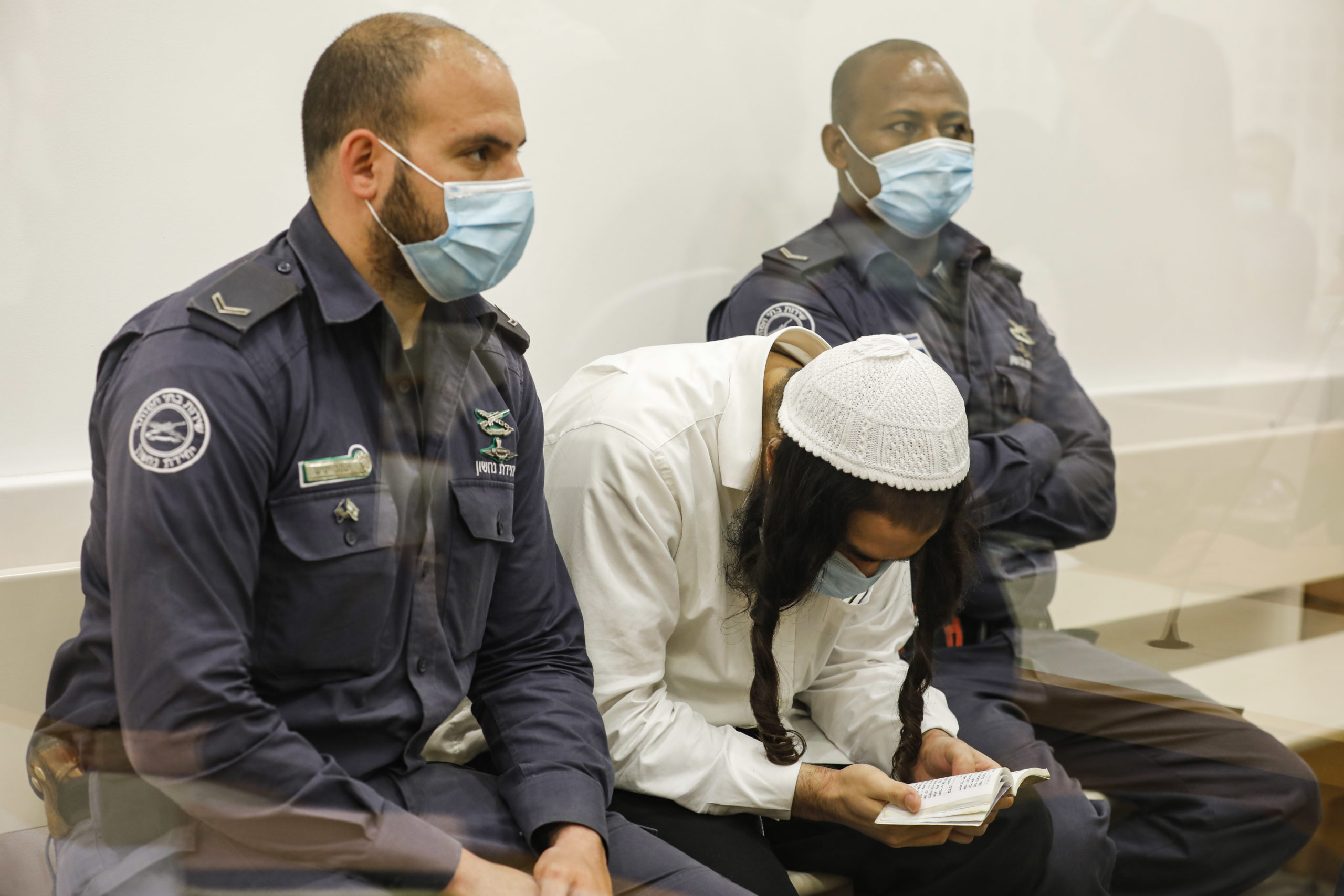 Amiram Ben-Uliel, a Jewish extremist convicted for the Duma arson murder reads while waiting during a sentencing hearing at the central district court of Israel’s central city of Lod on June 9, 2020 (Menahem Kahana/AFP via Getty Images)

In addition to the life sentences, Ben-Uliel was also sentenced to 20 years for injuring now 10-year-old Ahmad Dawabsheh, the lone survivor of the attack, and for firebombing a second home, according to The Times of Israel. The court ordered Ben-Uliel to compensate Ahmad and the owner of the second home with $75,000 each.

The court ruled that Ben-Uliel’s “actions were meticulously planned” and attributed a radical ideology and racism to his actions, the Associated Press reported. The court added that the punishment was “close to the maximum penalty prescribed by the law.”

The trial has generated controversy in Israel as the 2015 murders were part of a wave of vigilante attacks on Palestinians living near Jewish settlements in the West Bank, according to the Associated Press. (RELATED: Secretary of State Pompeo Reverses U.S. Policy on Jewish Settlements)

A number of Arab and pro-Palestinian activists have argued that Jewish defendants are treated more fairly than Palestinian Muslims for religious extremism, the Jerusalem Post reported.

Ben-Uliel was found to be a member of the Hilltop Youth, a movement that sets up unauthorized settlement outposts in the West Bank and is known to attack Palestinians and even Israeli soldiers over what they perceive as limits on Jewish settlements in the region, the Associated Press reported.

His attorneys have said they will appeal the ruling to Israel’s Supreme Court, according to The Times of Israel.

His wife Orian Ben-Uliel told reporters that “the judges didn’t seek justice or truth” following the announcement Monday, the Associated Press reported. “They decided to incriminate my husband at any price,” she said.