President Donald Trump told reporters during Wednesday’s coronavirus press briefing that he is not prepared to sign off on the proposed Oracle-TikTok partnership as he has not yet reviewed the terms.

The president further indicated that if public reporting regarding the deal is true — specifically the provision where TikTok’s parent company would retain a majority stake in the partnership — he could block the deal. 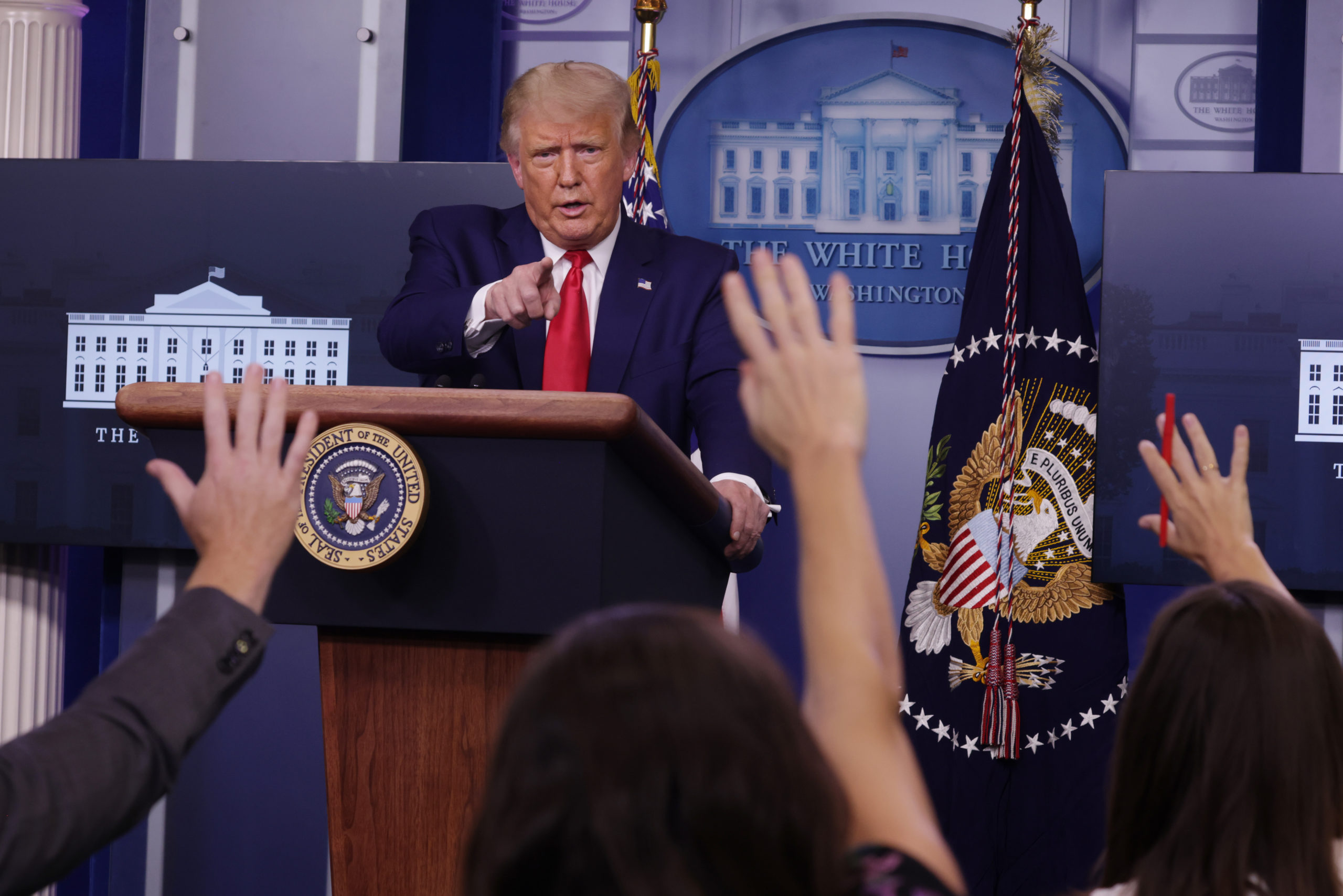 WASHINGTON, DC – SEPTEMBER 16: U.S. President Donald J. Trump speaks to the press during a news conference in the James Brady Press Briefing Room of the White House on September 16, 2020 in Washington, DC. Trump continues to trail challenger Joe Biden in the polls with the election less than two months away. (Photo by Alex Wong/Getty Images)

“No I’m not prepared to sign off on anything,” Trump said in response to a question from Bloomberg’s Mario Parker. “I have to see the deal. We need security after what we have seen, with respect to China and what is going on, we want security. I will let you know. They will report to me tomorrow morning.” (RELATED: Here’s Why Tech Experts Believe The Oracle-TikTok Deal Won’t Solve Security Problems)

“We don’t like that,” the president added on the idea of ByteDance retaining a majority stake in the partnership. “That hasn’t been told to me yet. That has been reported but not told to me. It could be accurate reporting for a change. If that’s the case I won’t be happy with that, assuming that’s China and I think it is.”

Reporting suggested that ByteDance would still hold the controlling stake in the new venture, but Bloomberg reported Wednesday Oracle would house all TikTok user data in its U.S. servers and obtain access to the app’s source code to check for national security vulnerabilities. (RELATED: Sen Hawley Wants TikTok Deal With Oracle Rejected, Says Move Allows For China’s Control Over The App)