A family whose home was destroyed by the wildfires in California says that Democratic Vice Presidential nominee Kamala Harris and Democratic California Governor Gavin Newsom trespassed on their property, FOX26 reported.

While on a trip to Fresno County to survey the areas that had been affected by the fire, they stopped at a burned down home that the homeowner’s family said neither Harris or Newsom had the right to enter, according to FOX26.

Trampas Patten, who says he’s the son of the homeowners in Auberry, said that the two politicians “used my parents loss for a photo opportunity” and trespassed on the private property.

For the friends of mine that don’t recognize the fireplace in the background, that is what is left of my parents house!…

“What has me really frustrated right now is the fact that these two politicians used my parents loss for a photo opportunity to push their political agenda! Political party wouldn’t have made a difference in this moment. Decent human beings that have character and class, wouldn’t air someone else’s misfortune on national television!” Trampas wrote in a Facebook post.

He adds that neither him or his parents gave Harris or Newsom permission to be on their property. His sister, Bailee Patten, also reportedly said that her own family hasn’t even been able to visit the home themselves. Owners were evacuated from their homes as the fire spread throughout the region. Harris and Newsom had also stopped at a nearby elementary school before going across the street to look around a burned down home, according to FOX26. 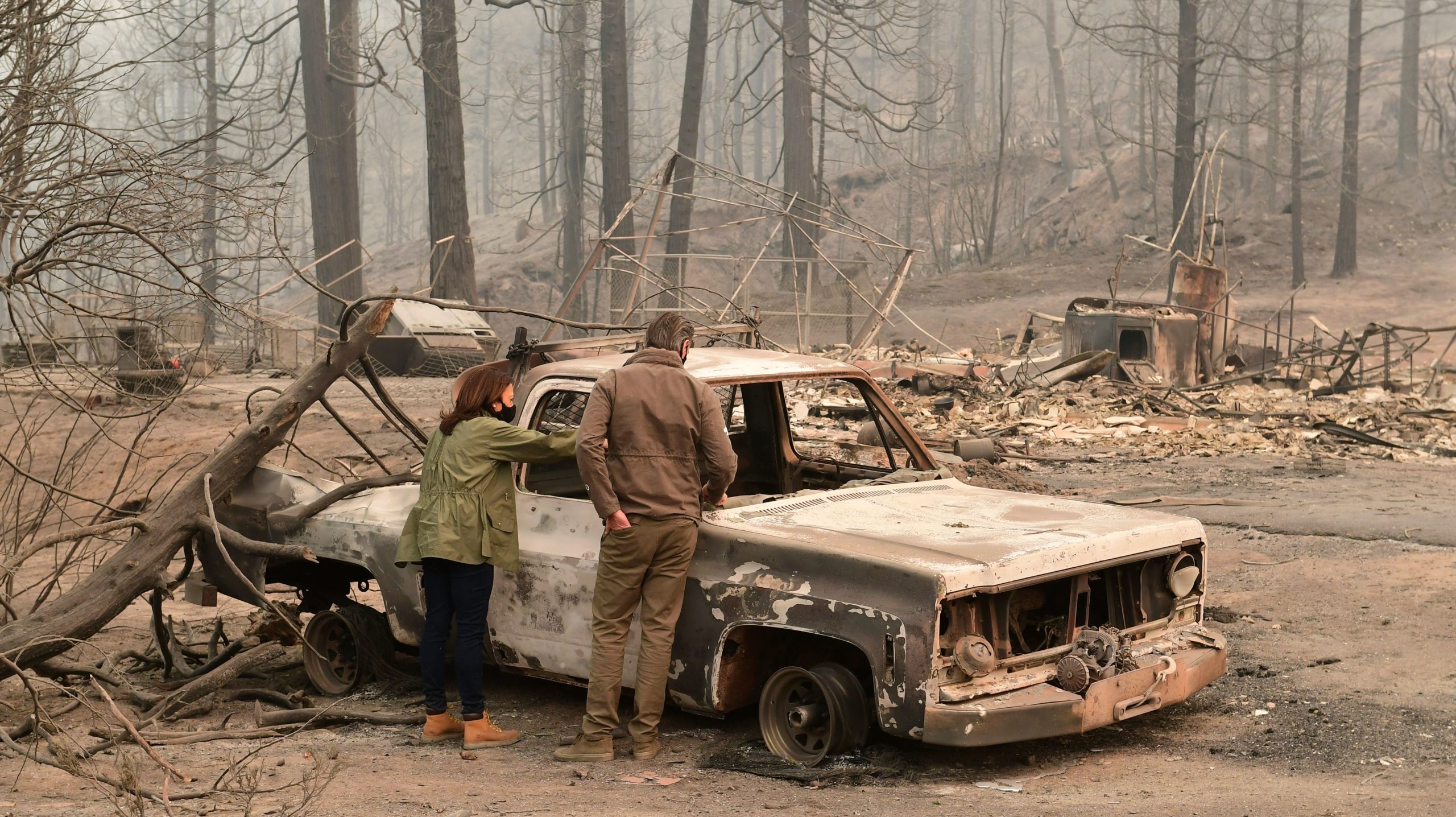 More than 25 people have died and over 4,200 structures have been destroyed by the fires in California. Roughly 17,000 firefighters are battling the fires on the frontlines, according to the California state website. (RELATED: California Wildfire Explodes To More Than 20,000 Acres In 3 Days, Forcing Thousands To Evacuate)

“This isn’t just devastation, this is our lives. This is where we grew up, these are our memories. And to not have that – to feel so helpless – and I guess that’s what we’ve all been thinking, is that we were so helpless. Because we weren’t there, we haven’t gotten to deal with our loss. Instead, we’re having to watch it play out on social media and news.”

Harris told reporters filming her around the property that “‘The people who are victimized by these, they could care less – and their children could care less – who they voted for in the last election,” according to the San Francisco Chronicle.

Newsom spoke alongside Harris, saying that “If you don’t believe in science, come to California and observe it with your own eyes,” he said. “You cannot be in denial about this reality.”

Bailee added that neither politician has reached out to see if the family needed any help, and placed some of the blame for the fire on climate change.

“Do you want this kind of leadership, using you and your loss for political gain?!” Trampas Patten asked in his post.

“What you did do is take my families loss and parade it all over social media and news networks to push your agenda,” Bailee Patten wrote on Facebook. “That agenda can wait, right now you should be caring about the families of this state.”

When contacted by a FOX26 reporter, Newsom’s office did not return the inquiry and Harris’ communications director told the reporter that “I’m not going to have anything about that,” declining to comment further.