It’s now pretty clear that Joe Biden has a lead, but President Donald Trump has been closing nationally (which doesn’t really matter) and in key battleground states (which matters a ton). Each party’s base has been decided for months. The election, as usual, is largely about who can convince the people in the middle.

Trump’s appeal to this group is he’s the first politician in a long time who sounds like he’s really clued in to their day-to-day concerns. His economic program succeeded in increasing wages and boosting employment until it was completely undone by the pandemic. Voters know that, and they like it. A lot of the voters in the middle also like Trump’s independence from our country’s established political leadership. They have had enough of the establishment.

What voters don’t like is Trump’s character, the chaos he brings and the coarsening of our national dialogue. People in the middle don’t want our country on edge like it has been. They don’t hate Trump the way the left does, but they are very open to removing him for a non-crazy alternative.

This is where Biden has his biggest opportunity, but to date, he has not chosen to take it. Biden has spent his entire career as a moderate. People know that. What they worry about is just how much he’s actually in control of his own campaign and just how radical those around him may be. If Biden could answer these questions in a reassuring way, a huge win is within his grasp. With these four steps, which are mostly in line with where Biden has been his entire career, Biden would likely put up a huge victory:

First, Biden should reject the hard left completely. They scare the hell out of regular people, and they hate Trump so much that they will energetically support Biden by default. So, why does Biden seem to be pandering for their vote? This is what scares people the most. If he’s afraid to push back on the crazies on his own side now, when it would help him politically, how can we have any reassurance Biden would do so when governing?

A protester throws a US flag into a burning barricade during a demonstration against the death of George Floyd near the White House on May 31, 2020 in Washington, DC. (Photo by ROBERTO SCHMIDT/AFP via Getty Images)

Joe Biden has never been a leftist. He knows the people burning down buildings and shooting at police are crazy and dangerous. Yet, just as Trump does with the alt-right or the QAnon crazies, Biden is reluctant to say this too directly. He stayed largely silent for months as downtowns to numerous cities were destroyed and police were attacked. It would be easy for Biden to strongly support peaceful protestors while making clear that he has absolutely zero tolerance for the violence and anarchy. He could start by calling out the antifa crazies and slapping down his own vice presidential nominee, Sen. Kamala Harris, who is raising funds to bail out dangerous criminals to this day. There is literally no political downside to this, and it’s the right thing to do, so why won’t Biden do it? All of this together makes people think Biden’s scared of the hard left, not really in charge of his own campaign or both.

Second, Biden should come out hard in favor of the filibuster and do it expressly as a unifying call for reasonable independents and Republicans to join his cause. Biden knows this is the right thing to do. The filibuster rules have been in place for decades, and they assure that the Senate serves as a calming mechanism for our national fever pitches that come and go with each political cycle. The filibuster — requiring a 60-vote supermajority — makes consensus necessary and adds stability to our system right now, when we need it most. Taking this stand now would also ease the pressure on Biden to do something radical when in office. There’s nothing about his background that should make anyone think Biden wants to blow up our political system. Why isn’t he willing to remind moderate voters of this by taking this stand? (RELATED: McConnell Says Eliminating Filibuster Would ‘Disfigure The Senate’)

Third, Biden should follow the old liberal Democrat model by triangulating big business and coming out hard for American workers. That field is abandoned now. Many Trump Republicans are now supportive of a more pro-American worker agenda. In the era of the gig economy, we need to rethink how workers are protected. “Regular” Joe Biden is the perfect guy to take up this mantle. Doing so would remind American workers that Biden’s on their side. 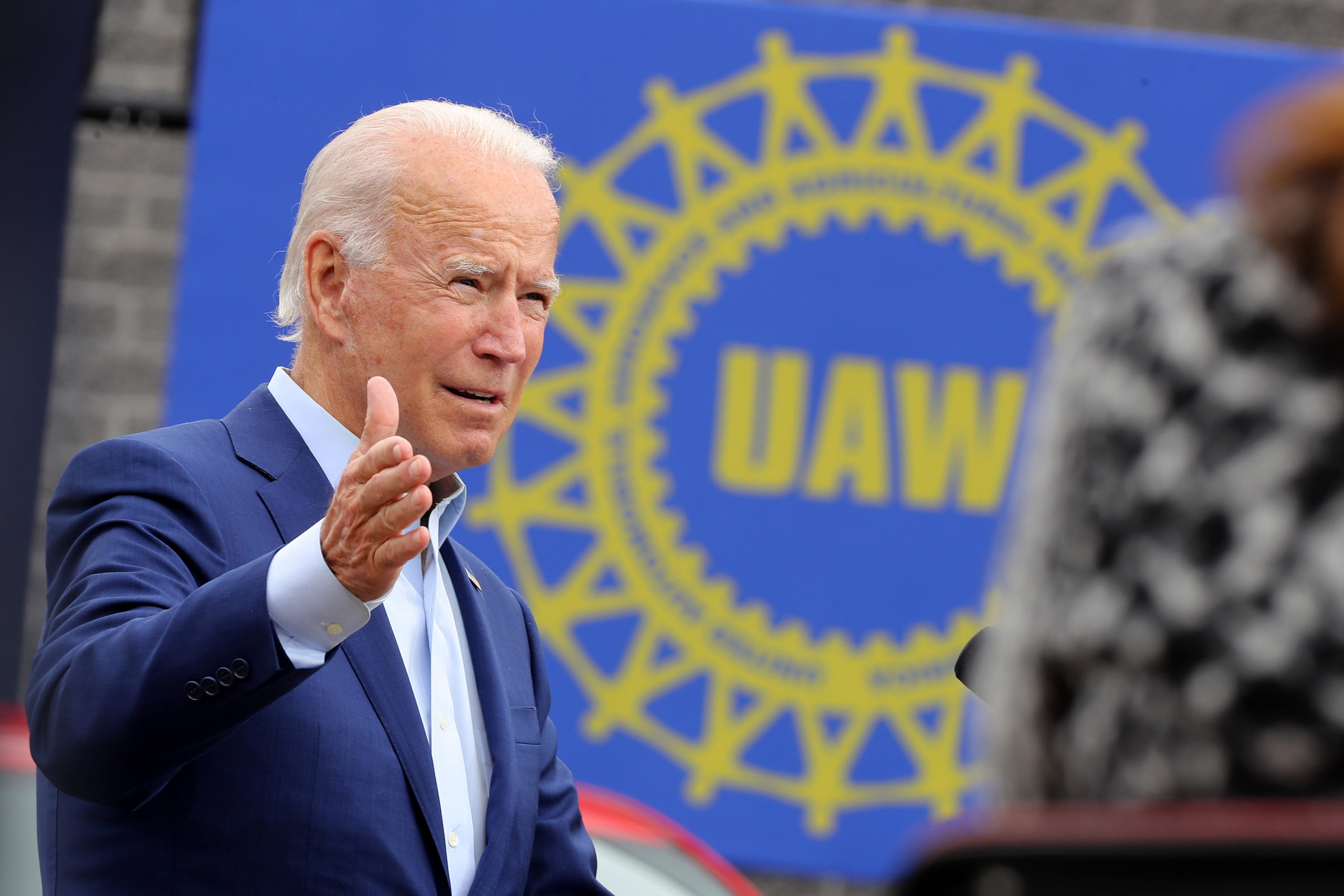 Fourth, Biden should come out extra tough on China. After botching the China issue early in his campaign, Biden has recently pivoted a little to adopt some of Trump’s tough-on-China rhetoric. Biden should finish the job and admit directly that he gave China openness a shot and that it failed miserably. Then, he should make clear that we aren’t going down without a fight and he’s the guy to lead that fight. This fighting spirit is something people love about Trump. If Biden could show he has it in him, it would cut into one of Trump’s biggest advantages. (RELATED: Biden Says He’ll Be Tough On China — His Record Says Otherwise. Here’s How Biden Got It All Wrong On China)

As much as Trump voters love him, many Americans are upset about the state of our country. They want someone to come in and bring us together. With these four easy steps, mostly in line with his longtime views, Biden would reassure moderate voters that he’s still the same guy. Maybe even more importantly, he’d reassure moderates that he’s truly still captaining his own ship. If he had the guts to go all in on this plan, Biden could set himself up for a near Ronald Reagan-level historic victory. It’s a Bill Clinton move. On the flip side, the fact that, to date, Biden has not been willing to take these largely moderate positions should scare anyone hoping he would govern as that moderate if elected.