The House passed the bill 359-57 and stalls a government shutdown until after the presidential election, according to Politico. It now goes to the Senate, which is expected to pass the bill, and which will then need to be signed by President Donald Trump.

The initial Democratic bill lacked federal farm assistance sought by the Trump administration. Ultimately, after relaunched funding talks Tuesday, lawmakers agreed to include $8 billion in nutrition assistance pushed for by Democrats and tens of billions in farmer trade relief payments requested by the Trump administration. (RELATED: Pelosi Says House Will Address Bills Concerning Goods Made From Forced Labor In Xinjiang)

“We have reached an agreement with Republicans on the CR to add nearly $8 billion in desperately needed nutrition assistance for hungry schoolchildren and families. We also increase accountability in the Commodity Credit Corporation, preventing funds for farmers from being misused for a Big Oil bailout,” House Speaker Nancy Pelosi’s statement said when announcing the deal with Treasury Secretary Steven Mnuchin and Republicans, according to NPR. 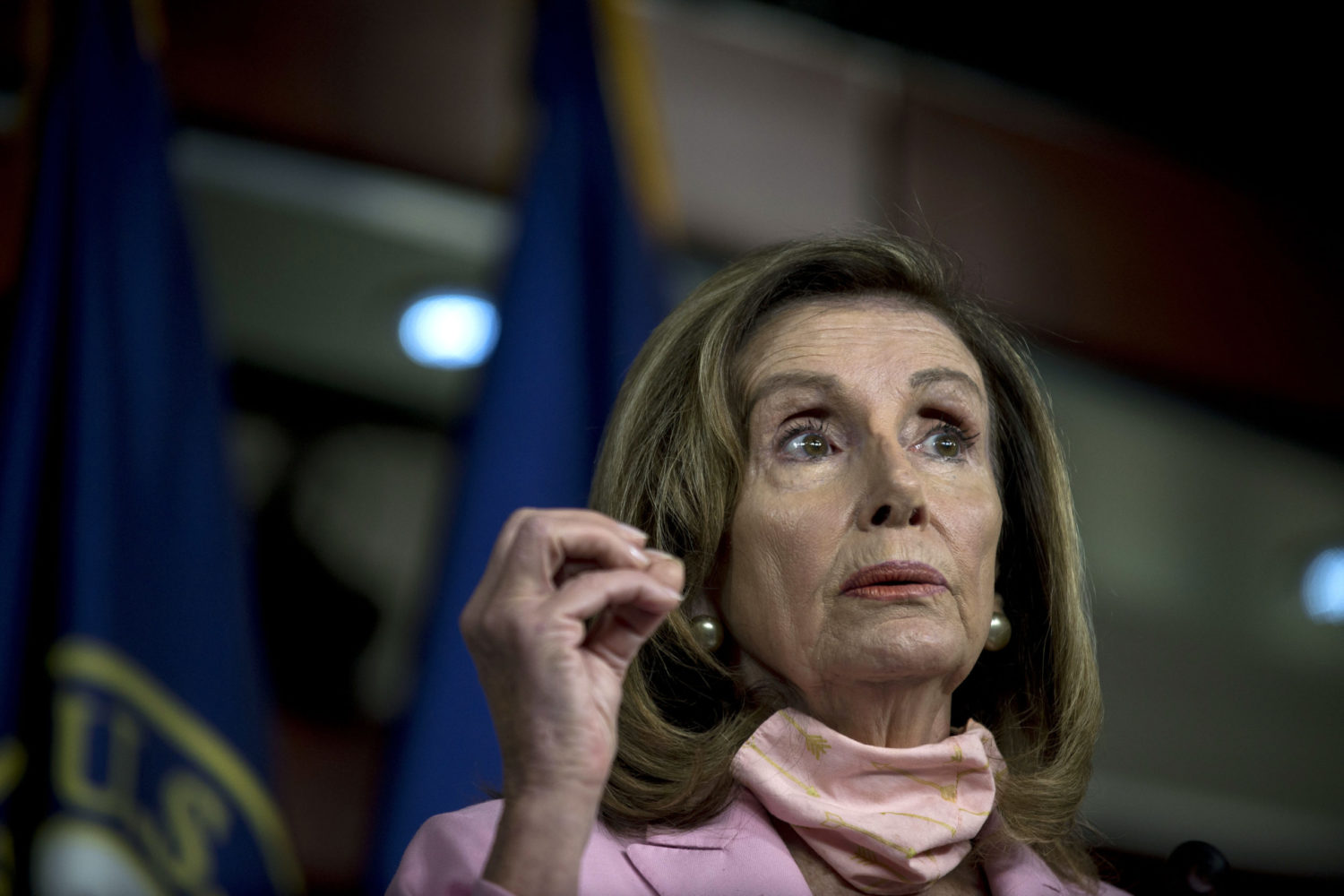 WASHINGTON, DC – AUGUST 22: U.S. Speaker of the House Nancy Pelosi (D-CA) speaks to reporters at her weekly press conference at the Capitol on August 22, 2020 in Washington, DC. The House was called back from recess to vote on H.R. 8015 Delivering for America Act to allocate funding to the US Postal Service. (Photo by Gabriella Demczuk/Getty Images)

The Trump administration had already said that the funds wouldn’t go to the oil industry, according to Politico. Democrats were concerned that Trump was leveraging funding to boost his reelection chances.