The message also said North Korea “cannot help expressing big regrets” over South Korea’s use of “blasphemous and confrontational words like atrocious act” to condemn North Korea before finding out all the facts, according to the report. (RELATED: Kim Jong Un In A Coma? Experts Rebuff Claims From Former South Korean Official) 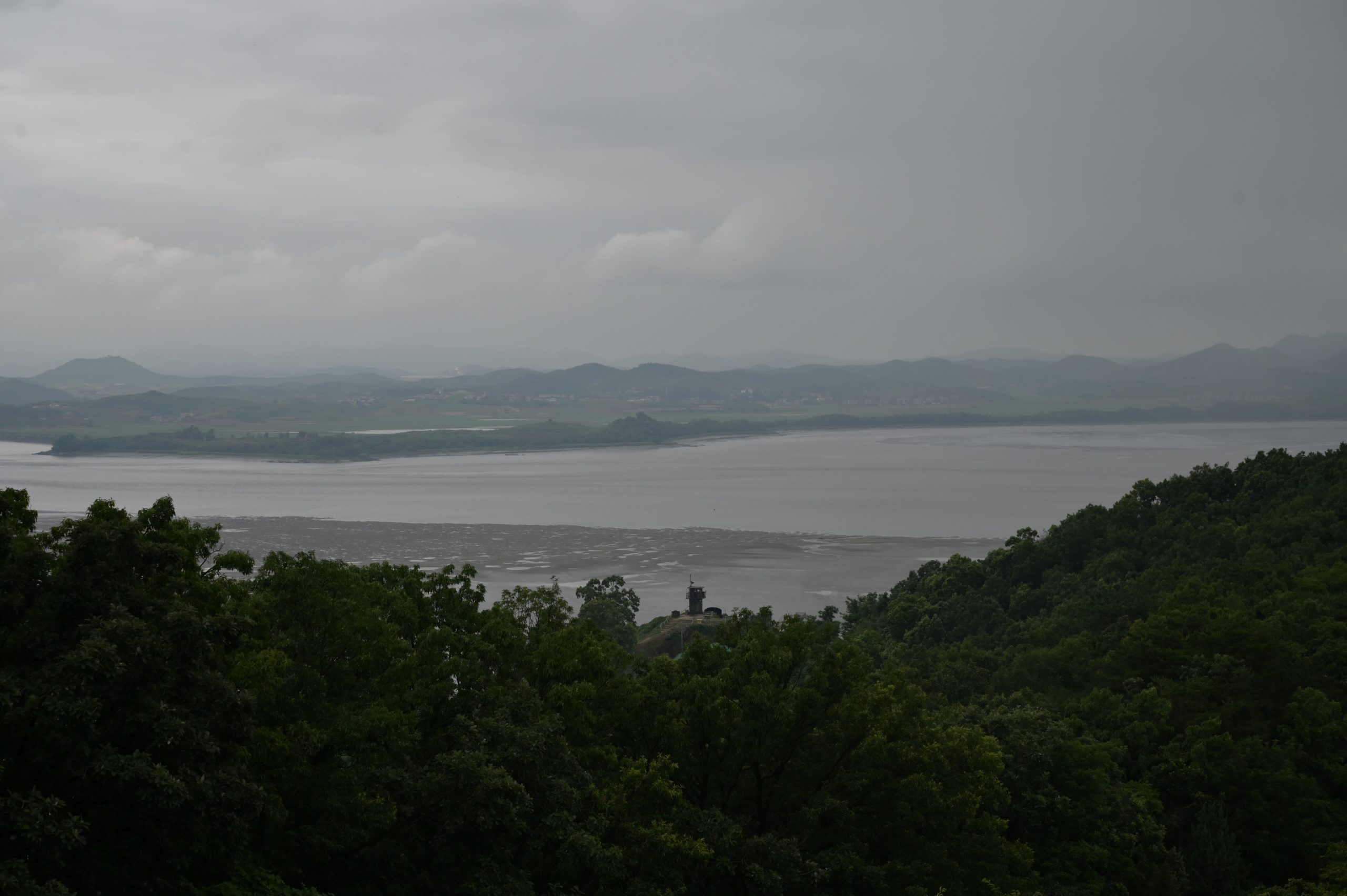 A general view shows a South Korean guard post (bottom C) before the shoreline of North Korea, either side of the Demilitarized Zone (DMZ) separating the two Koreas, seen from the Odusan Unification Observatory in Paju on June 25, 2020. – South Korea and the United States on June 25 reaffirmed their commitment to defending “the hard-fought peace” on the divided peninsula as the allies marked the 70th anniversary of the outbreak of the Korean War. (Photo by ED JONES/AFP via Getty Images)

North Korean officials said troops fired blanks at the man after he refused to answer questions other than that he was from South Korea, according to the AP. The South Korean man tried to flee, prompting North Korean troops to fire 10 rounds according to the same report. However, North Korean officials said when they approached the floating object, there was blood but no body, and proceeded to burn the floating device in line with anti-coronavirus rules, the AP reports.