NFL great Herschel Walker said Friday that Democrats may talk about stopping violent protests but they “really don’t mean it.”

“The Democratic Party needs to start doing their job,” Walker told Fox News’ “The Story.” “They say you cannot denounce that violence and there is [a] riot. You can denounce it but yet you really don’t mean it. If you really mean it, you have got to tell the people this is unlawful it. It is time for law and order.”

Walker made the comments with violent protests continuing in Louisville and in other cities.

“It’s time for these mayors to start doing their job or they get sued by the citizens,” Walker continued. “You know, people work hard for their job. And you know, when people are injured, when people are hurt, when people are killed, you need law and order.”(RELATED: ‘This Is A Radical Assault On Our Criminal Justice System’: Horace Cooper Blasts The Bail Project)

Walker said President Donald Trump is “totally right” when he says the Democratic Party is enabling rioters and looters who are “hurting black communities the most.” 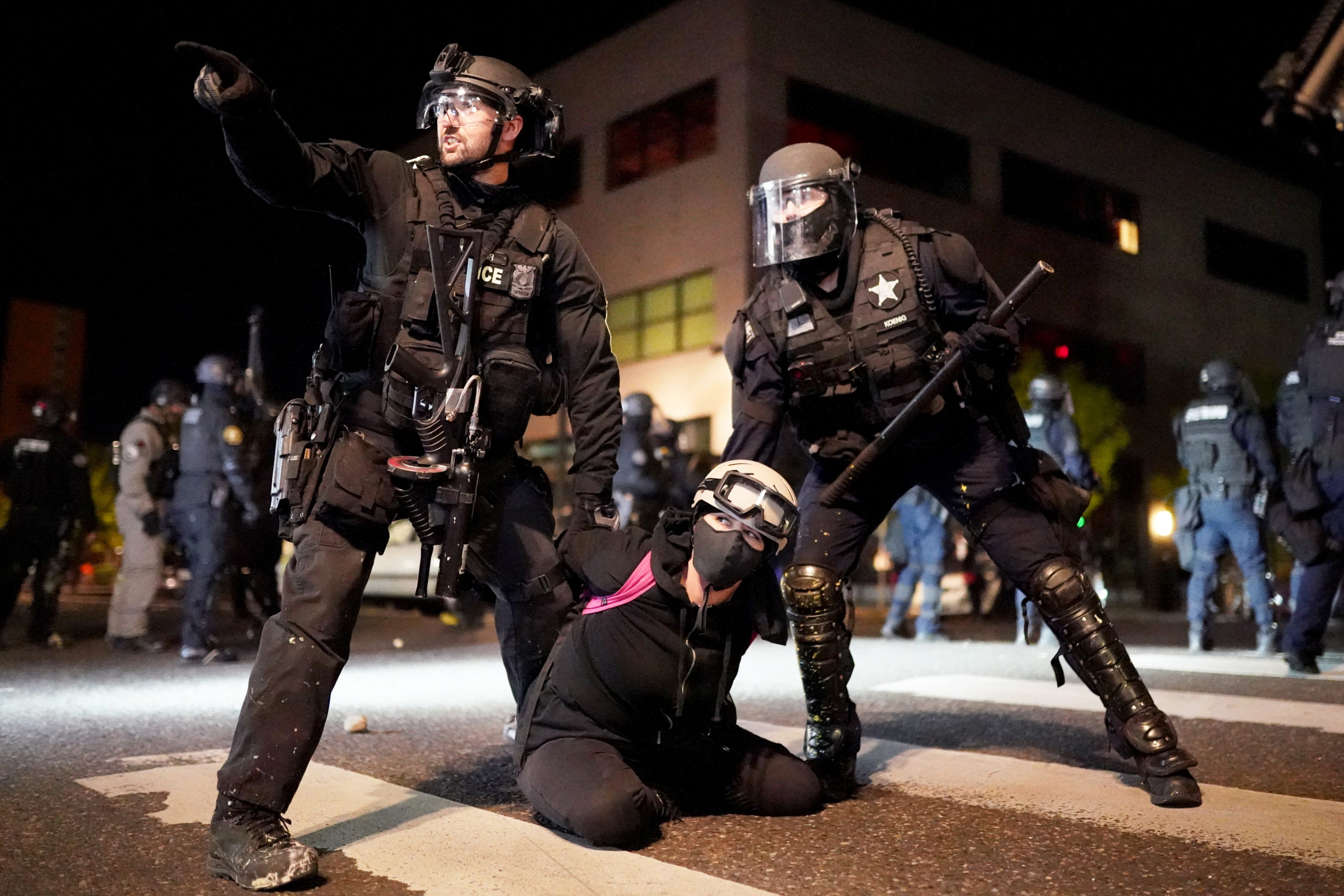 Portland police and Oregon State Patrol officers work together to arrest a protester in front of the Portland Police Bureau North Precinct on the 75th day of protests against racial injustice and police brutality on Aug. 11, 2020 in Portland, Oregon. (Photo by Nathan Howard/Getty Images)

CNN contributor and Democratic supporter Van Jones recently suggested that it was an electoral folly for Democrats to ignore the “economic devastation” caused by rioting in America’s cities. (RELATED: ‘We’re The Country We Are Today Because Of Law And Order’” NFL Great Herschel Walker Rejects Kneeling, Defunding Police)

Walker concluded by giving a high five to Trump’s “Black America Plan” that targets both the Ku Klux Klan and Antifa as domestic terrorist organizations and would provide access to up to $500 billion for economic opportunities for black people.

“They talk about social justice, they talk about justice. Well, this is a plan that a president has unveiled that is going to continue to increase capital in the black communities.”