Judge Michael Watson of the U.S. District Court of the Southern District of Ohio ruled against changing Ohio’s signature-matching process to verify absentee ballots on Sunday.

The League of Women Voters of Ohio, the A. Philip Randolph Institute and two Ohio voters whose primary ballots were rejected due to mismatched signatures challenged Ohio’s law that requires election officials to match the voter’s signature on the ballot with the signature on the envelope containing the ballot.

Election officials can challenge the vote if they determine the signatures do not match and must notify the voter that there’s a defect in the ballot, according to state law. Voters can correct the signature no later than the seventh day after Election Day in order for their vote to be counted.

The plaintiffs reportedly argued that there isn’t enough time for voters to fix their ballots due to slow delivery times within the mailing system, noting that voters who send in an absentee ballot close to the election may be disenfranchised if they receive notice of a defect too late and miss the seven-day window. 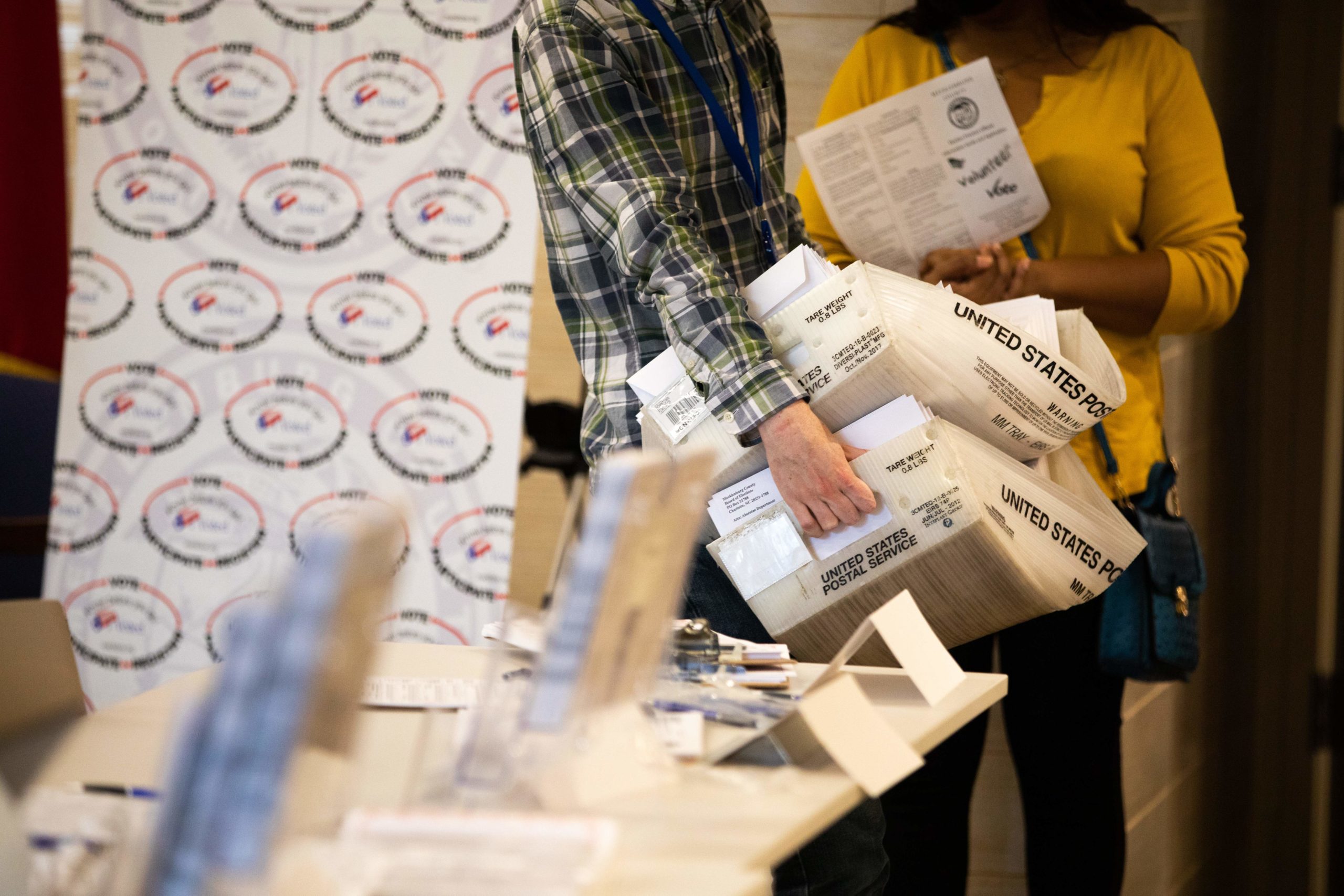 An absentee ballot election worker consolidates a large stack of absentee ballot applications at the Mecklenburg Board of Elections office in Charlotte, North Carolina on Sept. 4, 2020. – The US election is officially open: North Carolina on Sept. 4, 2020 launched vote-by-mail operations for the Nov. 3 contest between President Donald Trump and Joe Biden, which is getting uglier by the day.
Worries about the unabated spread of the coronavirus are expected to prompt a major increase in the number of ballots cast by mail, as Americans avoid polling stations. (Photo by LOGAN CYRUS/AFP via Getty Images)

However, Watson wrote that voters are provided plenty of chances to fix their ballots, and suggested voters vote in-person to avoid issues. (RELATED: Democrats Are Voting Early At A Far Higher Rate Than Republicans, Trump Campaign Not Worried)

“Electors could also choose to simply not attempt to vote absentee in the first place and instead vote early or on Election Day in person,” Watson wrote. While he did acknowledge that the signature-matching requirements “are a moderate burden,” he wrote the requirement is a safeguard for election integrity and that changing the rules at this point would be “damaging.”

“Some public officials have unfortunately regularly cast doubt on the security and legitimacy of voting by mail. A federal court enjoining part of the State’s procedure for maintaining the security of mail-in voting in the weeks leading up to the election could further undermine public confidence in elections.”

He also added that while there may be some “burden” associated with the law, “the Constitution does not require the best plan, just a lawful one.”

The issue regarding signature verification for absentee or mail-in ballots isn’t new. A report by the New York Times in 2012 found that most absentee and mail-in ballots are rejected because election officials have a difficult time matching signatures on ballots to ones on record.