Almost half, 46%, of voters polled by Morning Consult/Politico between Oct. 2 – 4 said that the Senate should confirm Barrett, the poll found. These numbers were up 9 percentage points since Trump first announced he was nominating Barrett on Sept. 26, according to the poll.

Since polling was conducted on the question Sept. 26, the publication reported, the number of voters who said that the Senate should reject Barrett’s nomination fell by three percentage points to 31%. (RELATED: ‘Nothing Nefarious’: Ben Sasse Criticizes Story On Amy Coney Barrett’s Law School Housing)

The percentage of Republican voters who back Barrett’s confirmation rose six points from the previous month to 77%, the poll found, and the number of independent voters who said Barrett should be confirmed rose by eight percentage points to 36%.

The number of Democratic voters who agree Barrett should be confirmed rose by 10 percentage points to 24%, the poll found. 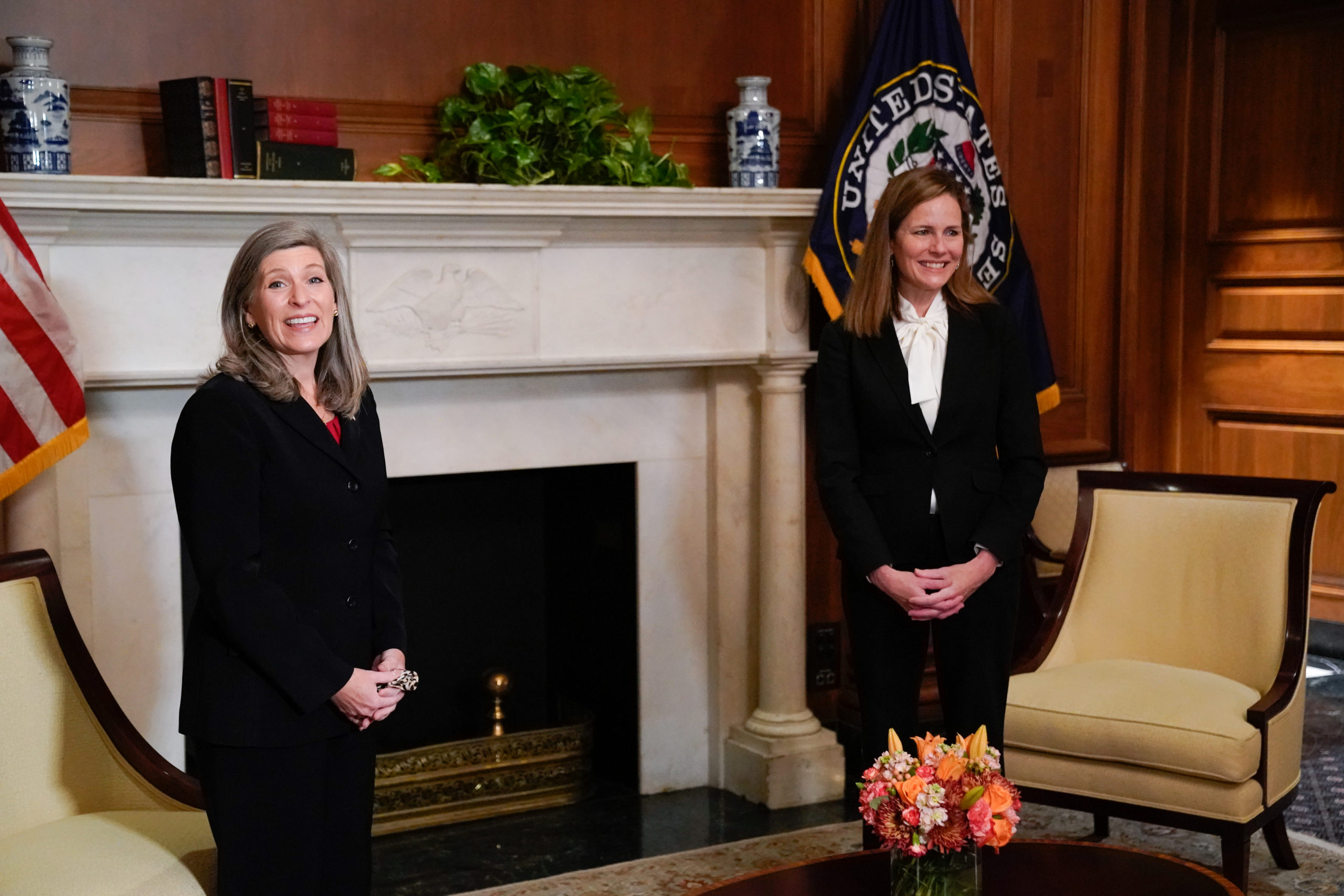 Support for quickly confirming Barrett is also increasing, the poll found: 43% of voters said that regardless of the 2002 presidential election’s winner, the Senate should confirm Barrett as soon as possible. This number has risen four percentage points since Trump announced Barrett as the nominee, according to the poll.

The number of those who say lawmakers should only vote to confirm Barrett if Trump wins the election dropped three percentage points to 37%, the poll found. (RELATED: Biden Says He Would Make Abortion Access ‘Law Of The Land’ If Amy Coney Barrett Moves To Overturn Roe V. Wade)

Before Barrett’s nomination, polling that did not mention Barrett’s name found that half of voters thought the 2020 presidential election winner should fill the Supreme Court vacancy left by the late Ruth Bader Ginsburg. Only 37% of voters thought Trump should pick the new justice.