“Newsflash: Catholics hang out with other Catholics,” Sasse told the Daily Caller News Foundation. “There’s nothing nefarious about this.”

The Tuesday Guardian story examined where Barrett resided during law school at the University of Notre Dame — a large South Bend, Indiana home owned at the time by Kevin Ranaghan. Public records show that her husband Jesse Barrett also lived in this nine-bedroom residence before they were married in 1999, the publication reported.

Ranaghan co-founded the group People of Praise, a religious group with ties to Barrett and her family. Some in the media have falsely reported that People of Praise inspired Margaret Atwood’s “The Handmaid’s Tale” before issuing retractions and corrections.

Democrats and some in the media have also suggested that Barrett’s relationship with People of Praise may have impacted her “closely held views,” and that the group may in turn impact how she rules in the Supreme Court. Republicans, like Sasse, have criticized such remarks as examples of “anti-Catholic bigotry” against Barrett’s Catholic faith. (RELATED: EXCLUSIVE: ‘Disgusting Attacks On Her Faith’: Sasse Condemns ‘Anti-Catholic Bigotry’ Against Amy Coney Barrett) 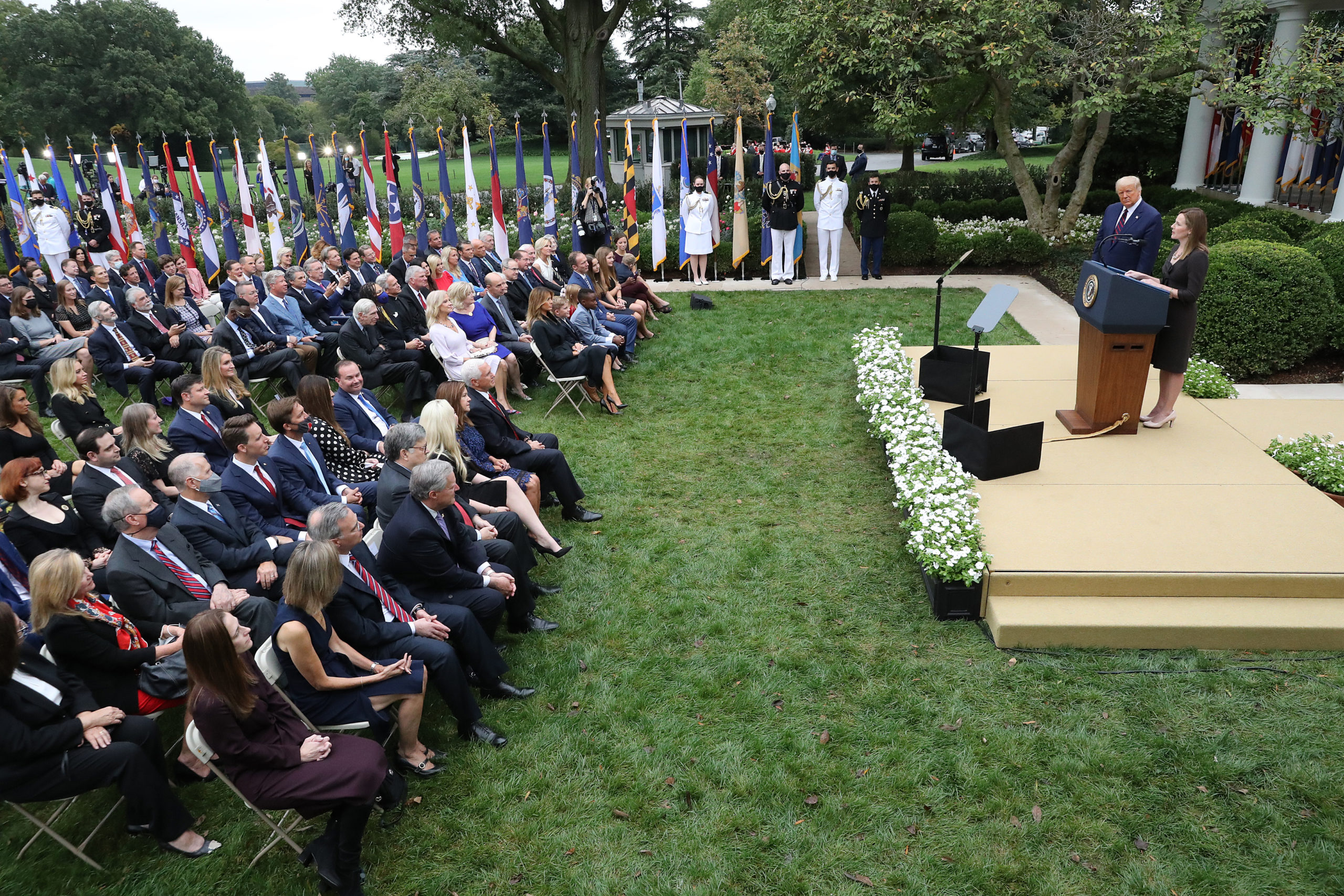 The Guardian called its discovery of Barrett’s law school residence a “revelation” that offers “new clues” about People of Praise’s “possible influence” on Barrett.

“Insider accounts by former members who are now critical of the organization suggest that the group has ‘well-developed courtship and marriage traditions’ which are closely followed,” the Guardian reported.

“One critic, former member Adrian Reimers, has said in writings about his experience that people who are in the community do not usually date until the matter has been prayed upon by an individual’s ‘head’ – or spiritual leader – who helps make decisions about whether a couple ought to get married.”

Reimers has also criticized People of Praise for being too “generic” in its Christian identity.

“This is getting ridiculous,” Sasse told the DCNF Tuesday, “and we’re about two news cycles away from someone accusing Judge Barrett of cannibalism once they learn about communion.”

The Nebraska senator has previously condemned Democratic criticism of Barrett as “anti-Catholic bigotry.”

“Attacks on religious liberty have no place in Congress,” he told the DCNF in September. “The Constitution is pretty simple: No religious tests for office, period.”

“During her confirmation hearing, Judge Barrett faced some disgusting attacks on her faith,” Sasse added. “The anti-Catholic bigotry she and other nominees have seen over the last few years is reprehensible.”

People of Praise did not immediately respond to a request for comment from the DCNF. The Guardian contacted Kelly Ranaghan, the wife of Kevin Ranaghan.

“Let’s just say it was one of the better experiences of our life,” she told the Guardian of Barrett’s time under their roof. “She is just a gem. But I don’t feel comfortable talking right now.”