President Donald Trump kicked off Monday morning by playing the hits to his Twitter followers. 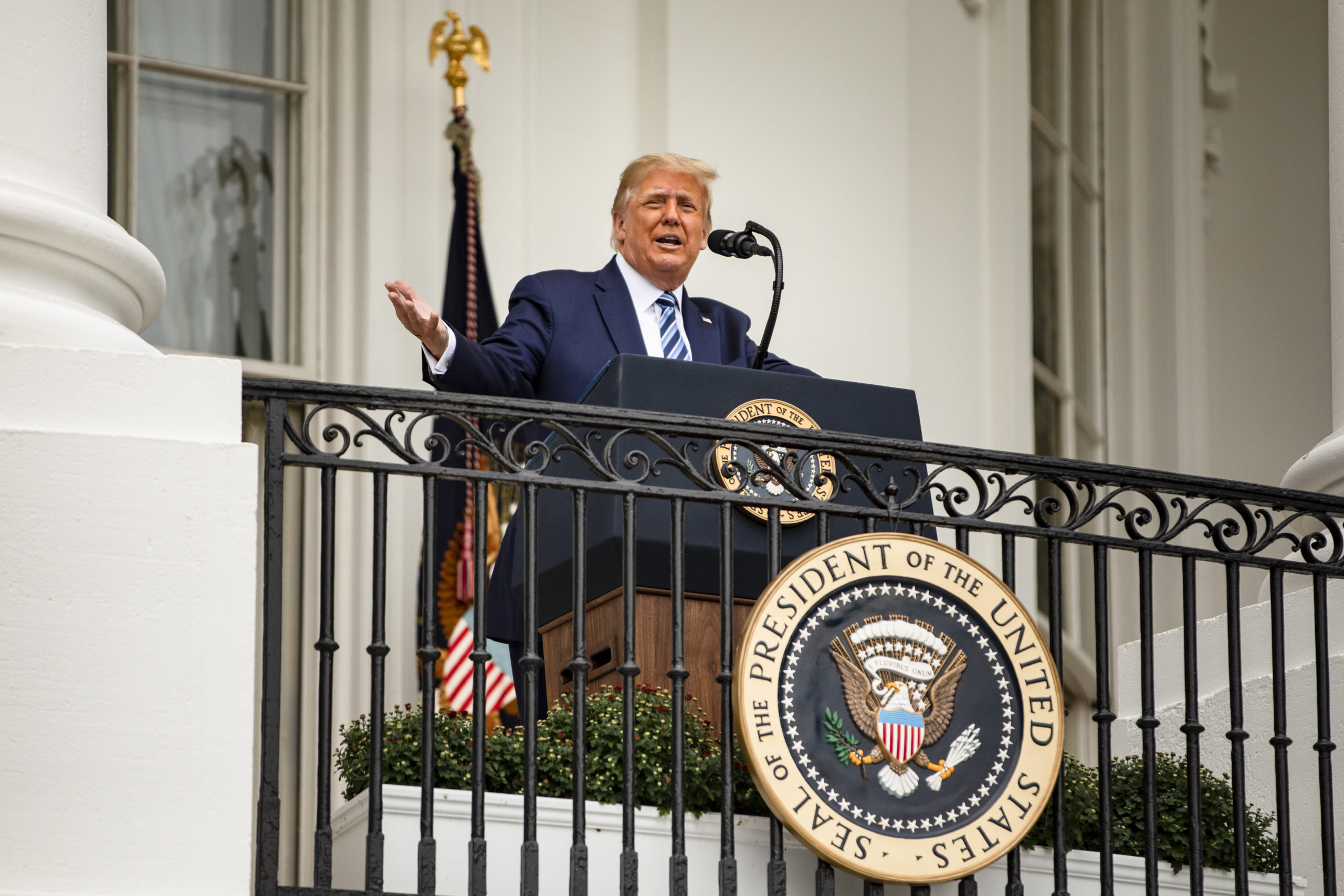 WASHINGTON, DC – OCTOBER 10: U.S. President Donald Trump addresses a rally in support of law and order on the South Lawn of the White House on October 10, 2020 in Washington, DC. President Trump invited over two thousand guests to hear him speak just a week after he was hospitalized for COVID-19. (Photo by Samuel Corum/Getty Images)

Trump — just three weeks out from the November election and trailing former Vice President Joe Biden by a significant margin in nearly every 2020 poll — unleashed a flurry of tweets on several issues he frequently raises, including voter fraud, protecting the nation’s monuments and prosecuting his political opponents. (RELATED: Patel — The Election May Be Over)

The Radical Left fools in Portland don’t want any help from real Law Enforcement which we will provide instantaneously. Vote! https://t.co/WHvhZpyqAG

Put these animals in jail, now. The Radical Left only knows how to take advantage of very dumb “leadership” fools. This is Biden! Law & Order! https://t.co/w0yH3SqnrB

These are Biden fools. ANTIFA RADICALS. Get them FBI, and get them now! https://t.co/RI9fH6sC1g

No. A Rigged Election! https://t.co/2Bizcisgco

He should have been prosecuted for the threats he made to the Justices. Pathetic! https://t.co/6eZbNboPTl

President @realDonaldTrump claimed “A Rigged Election” on Twitter after learning about the mistake in Ohio’s Franklin County that led to nearly 50,000 absentee ballots to be sent to the wrong voters.https://t.co/jXeH9dIO1U pic.twitter.com/XPadNIcVxQ

The president also urged supporters in the big three blue states to “vote,” presumably for him, in the general election.

Illinois has no place to go. Sad, isn’t it? Vote Trump!

Trump is set to host his first, in-person campaign rally since testing positive for coronavirus in early October on Monday evening in Sanford, Florida. He addressed supporters at at “peaceful protest” in support of law and order at the White House on Saturday after being cleared to resume normal activities by White House physician Sean Conley on Saturday.

The Commission on Presidential Debates cancelled the second debate between the president and Biden, originally scheduled to be held on October 15 in Miami, Florida, which effectively halves the remaining opportunities for Trump to make a direct case against Biden to voters.

“The campaigns of the two candidates who qualified for participation in the debate made a series of statements concerning their respective positions regarding their willingness to participate in a virtual debate on October 15, and each now has announced alternate plans for that date,” the Commission said in a statement released Friday evening. “It is now apparent there will be no debate on October 15, and the CPD will turn its attention to preparations for the final presidential debate scheduled for October 22.”

Additionally, a report from Axios indicates that Trump intends to campaign every single day from now until the election to try to make up the gap, which according to the Real Clear Politics polling average, currently sits at 10.6 points.