Europe overtook the U.S. this week in an important coronavirus metric, the seven-day rolling average of new cases per day, for the first time in months.

“It does seem like we are at a tipping point in terms of infection numbers,” said Flavio Toxvaerd, an economics of infectious diseases expert at the University of Cambridge, according to the WSJ. (RELATED: Big Tech Censors Content That Counters The WHO, Despite It Repeatedly Flip-Flopping On Its Guidance)

The figures marked the first time since the initial outbreak of coronavirus in the spring that Europe surpassed the U.S. in the number of weekly new cases, the WSJ reported. The World Health Organization declared the novel coronavirus a public health emergency of international concern in January and a pandemic in March.

In recent weeks, European countries have opted for targeted, localized shutdown measures rather than the sweeping countrywide shutdown approach from the spring, according to the BBC. Measures include restrictions on restaurant hours in Berlin, Germany, limits on large gatherings in the Italian province of Latina and face mask mandates in Athens, Greece, for example. 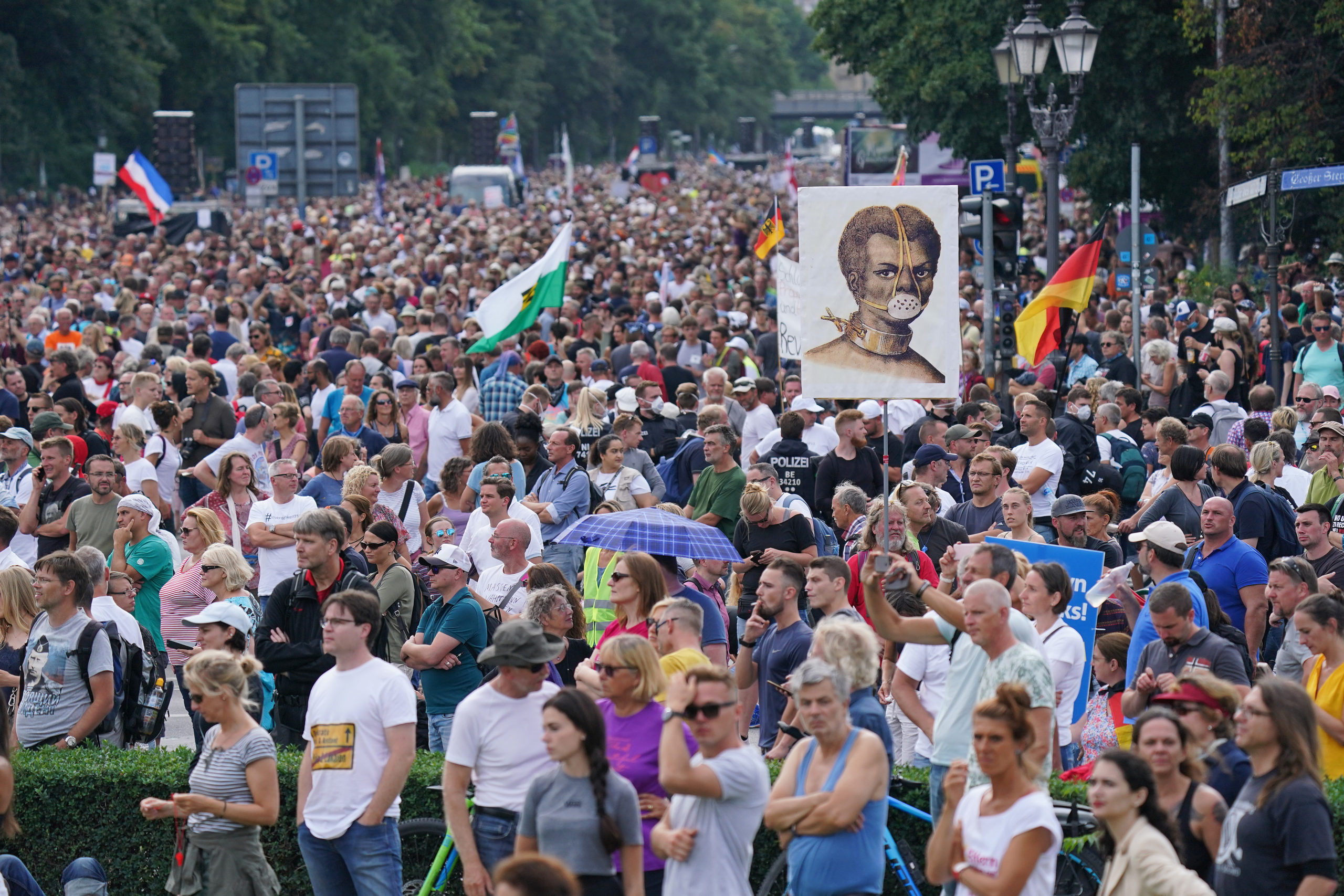 German citizens gathered during a protest against coronavirus-related restrictions and government policy on Aug. 29 in Berlin, Germany. (Sean Gallup/Getty Images)

“What all countries are trying to do now, the ones that are in trouble, is buy time, to try to survive the winter,” said Linda Bauld, a University of Edinburgh public health professor. “And that means getting the case numbers down from the level they are now to allow their systems to be able to function.”

London police clashed with demonstrators protesting mandatory vaccinations, mask requirements and civil liberty infringements on Sept. 26 after the U.K. government introduced renewed restrictions, MarketWatch reported. Similar protests have occurred in Germany, according to CNBC, and in Spain, The Guardian reported, throughout the pandemic.

On Friday, WHO special envoy on coronavirus Dr. David Nabarro said lockdowns should not be the “primary control method” for governments around the world, according to The Spectator.

“We, in fact, have 4% of the world’s population, 20% of the death. Forty thousand people a day are contracting COVID,” Biden said at the first presidential debate on Sept. 29. “In addition to that, between 750 and 1,000 people a day are dying.”

He added: “The president has no plan.”

More than 7.8 million Americans have contracted coronavirus while 215,781 have died from the virus, according to The New York Times.