The 87-year-old Feinstein, the top Democrat on the Judiciary Committee, was cordial throughout last week’s hearings. She notably hugged Republican South Carolina Sen. Lindsey Graham when things wrapped up, telling the chairman it was the “best set of hearings that I’ve participated in.” 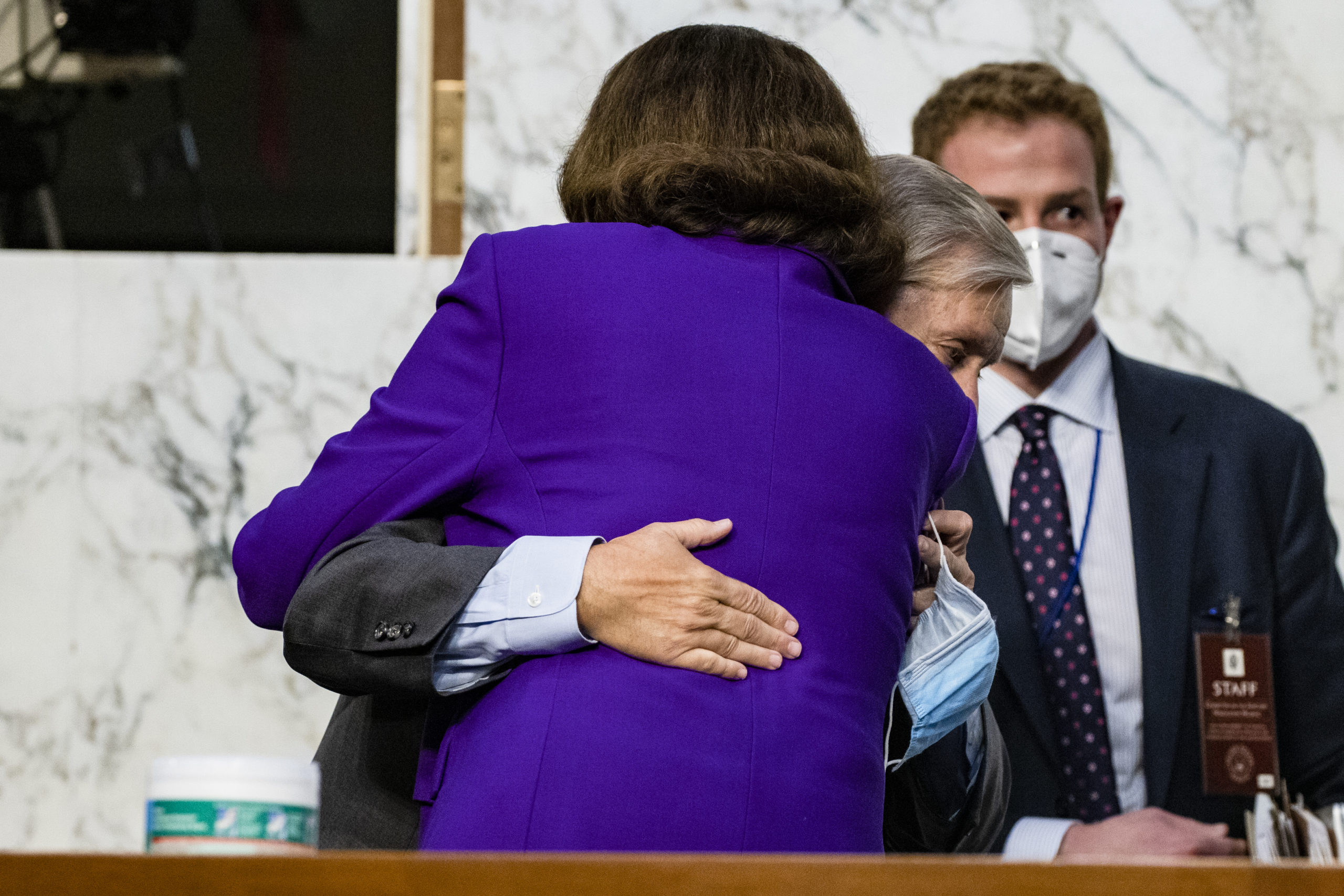 Though she was caught on a hot mic saying that Barrett’s position on abortion is “deeply personal and comes with her religion,” the California senator also praised Barrett’s acumen, at one point telling the judge she was “really impressed” with one of her answers.

Feinstein’s congeniality, however, drew the ire of progressive groups, including the National Abortion Rights Action League (NARAL), which called the proceedings a “sham.” (RELATED: ‘We’ll See’: Pelosi Dodges Question About Democrats Having ‘Arrows In Our Quiver’ To Block Barrett Confirmation)

Asked about his colleague on Monday, Schumer said he “had a long and serious talk” with Feinstein.

“I’ve had a long and serious talk with Senator Feinstein, that’s all I’m going to say about it right now,” he said.