The Army declared Tuesday that slain Spc. Vanessa Guillén died “in the line of duty” and that her family is entitled to Army benefits for Guillén’s service.

“The Guillén family is entitled to a variety of Army benefits for Vanessa’s service to our nation,” an official statement read. “Typically these benefits include compensation to immediately help the family with expenses, funeral with full military honors, the Servicemembers’ Group Life Insurance, and final pay and allowances.”

Guillén went missing in April after she was last seen in the parking lot of her barracks post at Fort Hood in Killeen, Texas. Her dismembered remains were found June 30, nearly two months later, in a shallow grave. (RELATED: 26 Fort Hood Soldiers Have Died So Far In 2020. Here’s What We Know About 10 Of Them) 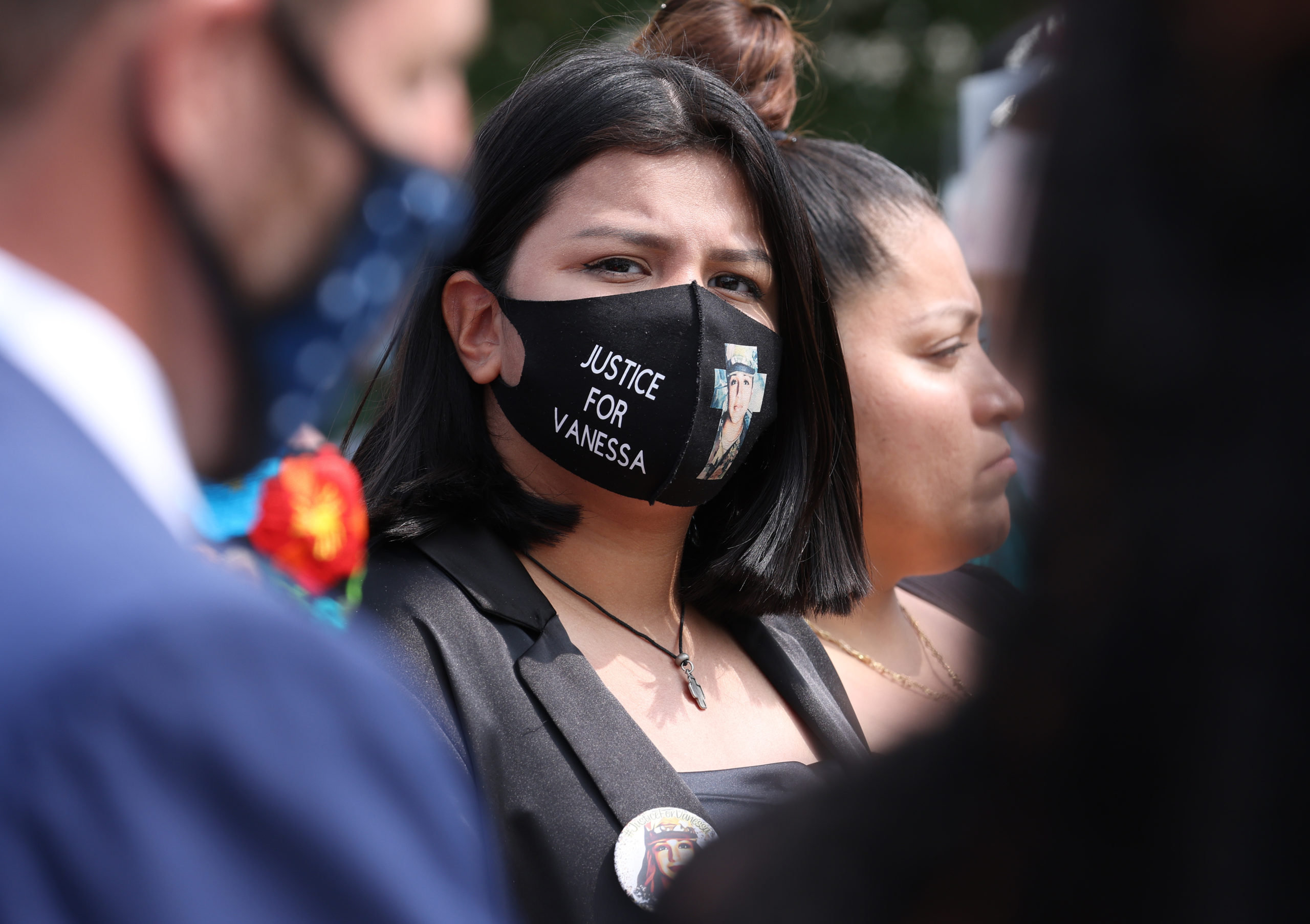 WASHINGTON, DC – SEPTEMBER 16: Lupe Guillen, sister of 20-year-old murder victim U.S. Army Private First Class Vanessa Guillen, speaks outside the U.S. Capitol as her mother Gloria looks on September 16, 2020 in Washington, DC. The Guillen family met earlier in the day with Speaker of the House Nancy Pelosi who has committed to bringing the bipartisan I Am Vanessa Guillen Act to the House floor for a vote. The legislation would regulate the way members of the military investigate sexual assault and harassment allegations. (Photo by Win McNamee/Getty Images)

As police went to arrest Spc. Aaron Robinson in connection with Guillén’s disappearance, Robinson shot and killed himself. Shortly after, Robinson’s girlfriend Cecily Aguilar was arrested on federal charges of tampering with evidence and was accused of helping Robinson dispose of Guillén’s body, according to NBC News.

The army had launched an investigation into allegations that Guillén was sexually assaulted prior to her murder. Vanessa Guillén’s sister Mayra said Vanessa felt unsafe at Fort Hood and allegedly complained that a sergeant was sexually harassing her. Mayra said Guillén never identified the person.

Military officials said they found no credible information to support the claims that Guillén was sexually assaulted.

In September, members of the House introduced a bipartisan bill in honor of Guillén to change how sexual assault and harassment claims from service members are handled, according to CNN.

The ‘I am Vanessa Guillén Act’ would move prosecution decisions of sexual assault and harassment cases out of the military chain of command and would make the acts a crime within the Uniform Code of Military Justice.