President Donald Trump’s strong performance during the final 2020 presidential debate will not be enough to sway the election in his favor, according to Republican pollster Frank Luntz.

“You got to give Trump a minor victory because he’ll bring some [undecided] voters home, and it’ll close the race a little bit,” Luntz said, according to CNBC. “But in the end, I think Joe Biden won the war.”

Luntz added that a Trump victory on Nov. 3 is “virtually impossible” even if the polls are wrong like they were in 2016 when he defeated Sec. of State Hillary Clinton, according to CNBC. Luntz tweeted that “Clinton will be the next President of the United States” on the night of the 2016 election. (RELATED: Trump’s Microphone Cut Off For First Time Around 50 Minutes Into Presidential Debate)

The participants in Luntz’s focus group Thursday seemed to agree with Luntz’s remarks on CNBC. They described Trump as  “controlled,” “reserved” and “poised,” but Biden as “vague,” “elusive” and “defensive,” according to Luntz. 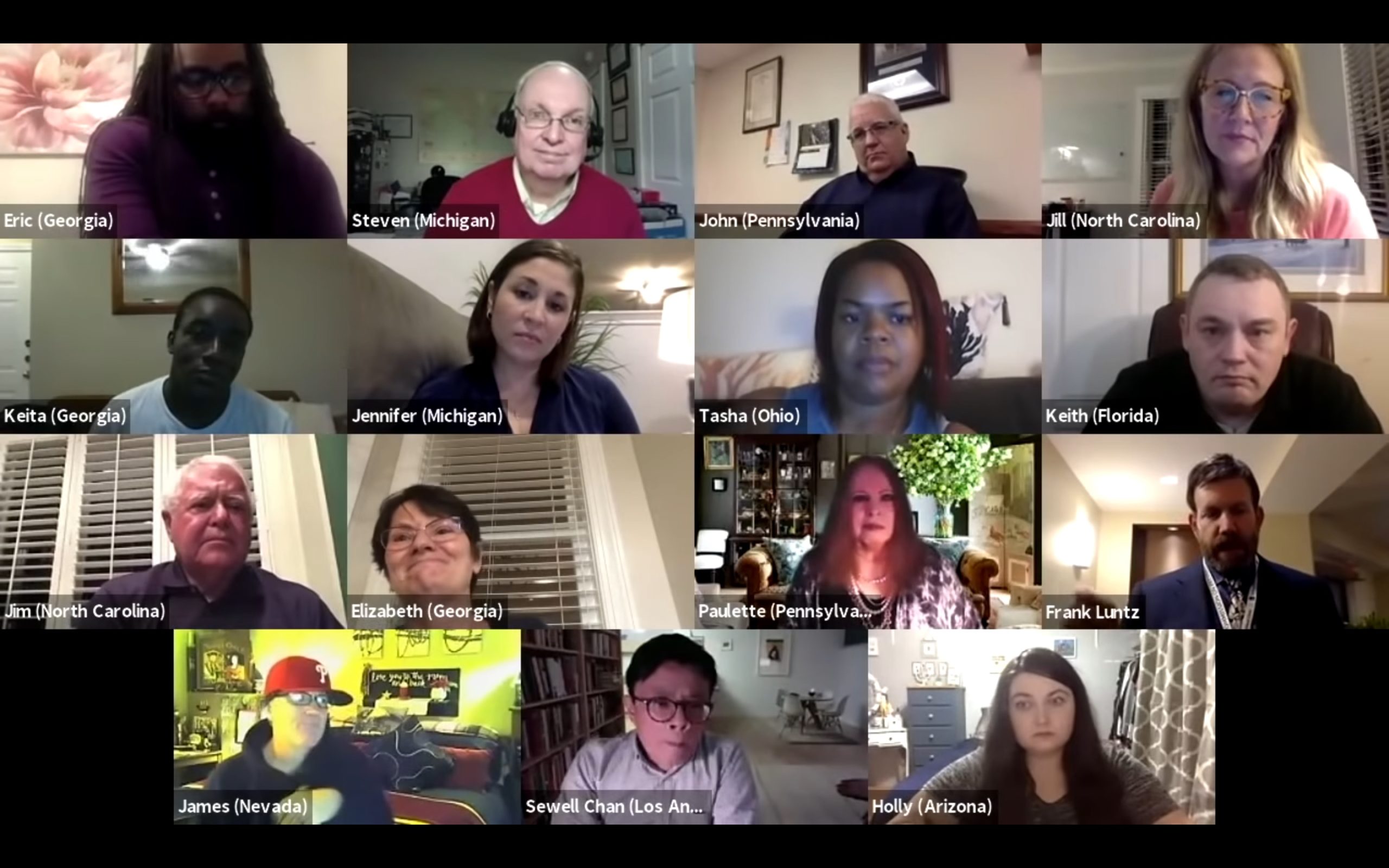 When it came to the economy, Luntz’s panel almost unanimously believed Trump would do a better job than Biden.

“Prior to Covid, the first three years of his presidency, he was doing great,” Jennifer, an undecided voter from Michigan, told Luntz after he asked why she thought Trump would be better on the economy than Biden.

However, some participants were also disillusioned with the state of American politics in general. (RELATED: Joe Biden Denies Ever Saying He Opposed Fracking But Promises To Eliminate Oil Industry)

“This election does not make me feel like we are capable of the world that I thought I would be raising my children in,” Tasha, an undecided voter from Ohio, told Luntz. “I’m very disappointed.”

Biden remains a heavy favorite to win the election, according to FiveThirtyEight. The Real Clear Politics national average has Biden leading Trump by 7.9 points as of Friday afternoon.