A police officer in the Philippines was killed by a rooster after trying to break up a cockfight, an official announced Tuesday.

The roosters gaff, which is a sharp blade attached to the animals leg for fighting, managed to cut through Lieutenant Christine Bolok’s thigh and cut his femoral artery, according to BBC. 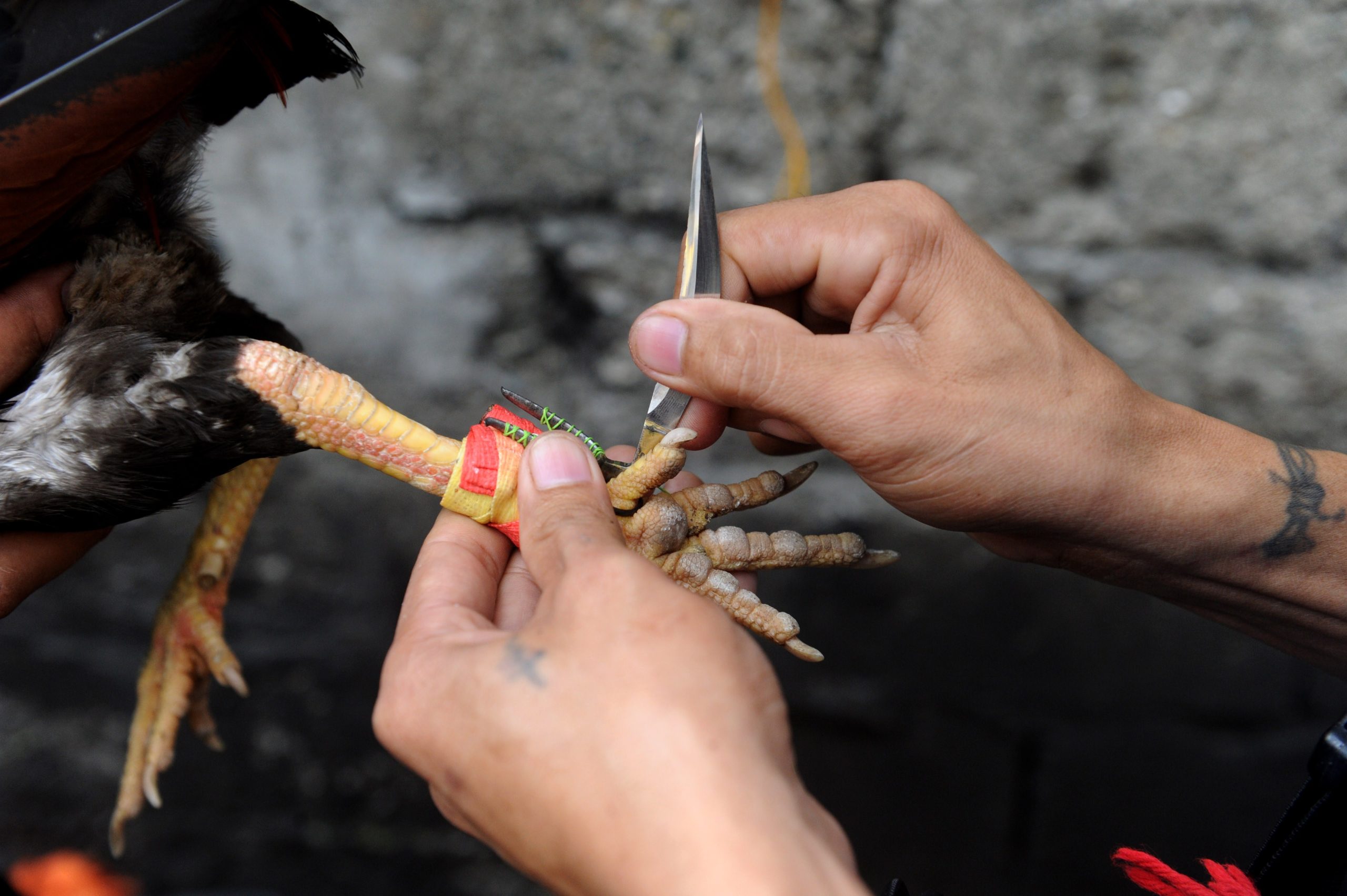 A rooster is fitted with a razor sharp blade as villagers engage in a cockfighting in a make shift arena as part of the town’s annual “fiesta” celebrations in Barangay San Roque outside Manila on August 10, 2014. Cockfighting is hugely popular in the Philippines where large amounts of money are wagered on battles between roosters. AFP PHOTO / Jay DIRECTO (Photo credit should read JAY DIRECTO/AFP via Getty Images)

Bolok was rushed to the hospital but was declared dead upon arrival, per the same report.

The incident occurred Monday in the central province of Northern Samar around 1:20 p.m. after the police received reports from residents about the fights, according to the Philippine News Agency (PNA).

Three individuals were arrested while three other violators were not arrested. Seven fighting cocks were confiscated, per the same report. (RELATED: ‘If No One Graduates, So Be It’: Philippines President Rodrigo Duterte Won’t Let Anyone Return To School Until There’s A Coronavirus Vaccine)

“It was an unfortunate accident and a piece of bad luck that I cannot explain,” Apud said. “I could not believe it when it was first reported to me. This is the first time in my 25 years as a policeman that I lost a man due to a fighting cock’s spur.”

Cockfighting was banned in August in a bid to slow the spread of the coronavirus after the fight was found to have been a source of COVID-19, according to CNN. Typically cockfighting was only allowed in licensed cockpits during Sundays and legal holidays, according to PNA.