Hurricane Zeta has reportedly killed at least 3 people and left more than 2.6 million homes and businesses without power after moving Thursday across the Southeast.

Zeta hit the Southeastern Louisiana coast Wednesday as a Category 2 hurricane and was a tropical storm with winds up to 50 mph Thursday morning, the Associated Press reported. Hundreds of schools canceled classes or opened late and some voting places were affected. People across 7 states from Louisiana to the Carolinas were left without power and may not have power restored for several days. (RELATED: Hurricane Season Could Get So Bad They Might Run Out Of Names, Scientists Predict)

Life-threatening conditions would last during the day Thursday as the tropical storm moves across the mid-Atlantic, officials said according to the report. Zeta will move offshore near Delaware and southern New Jersey. 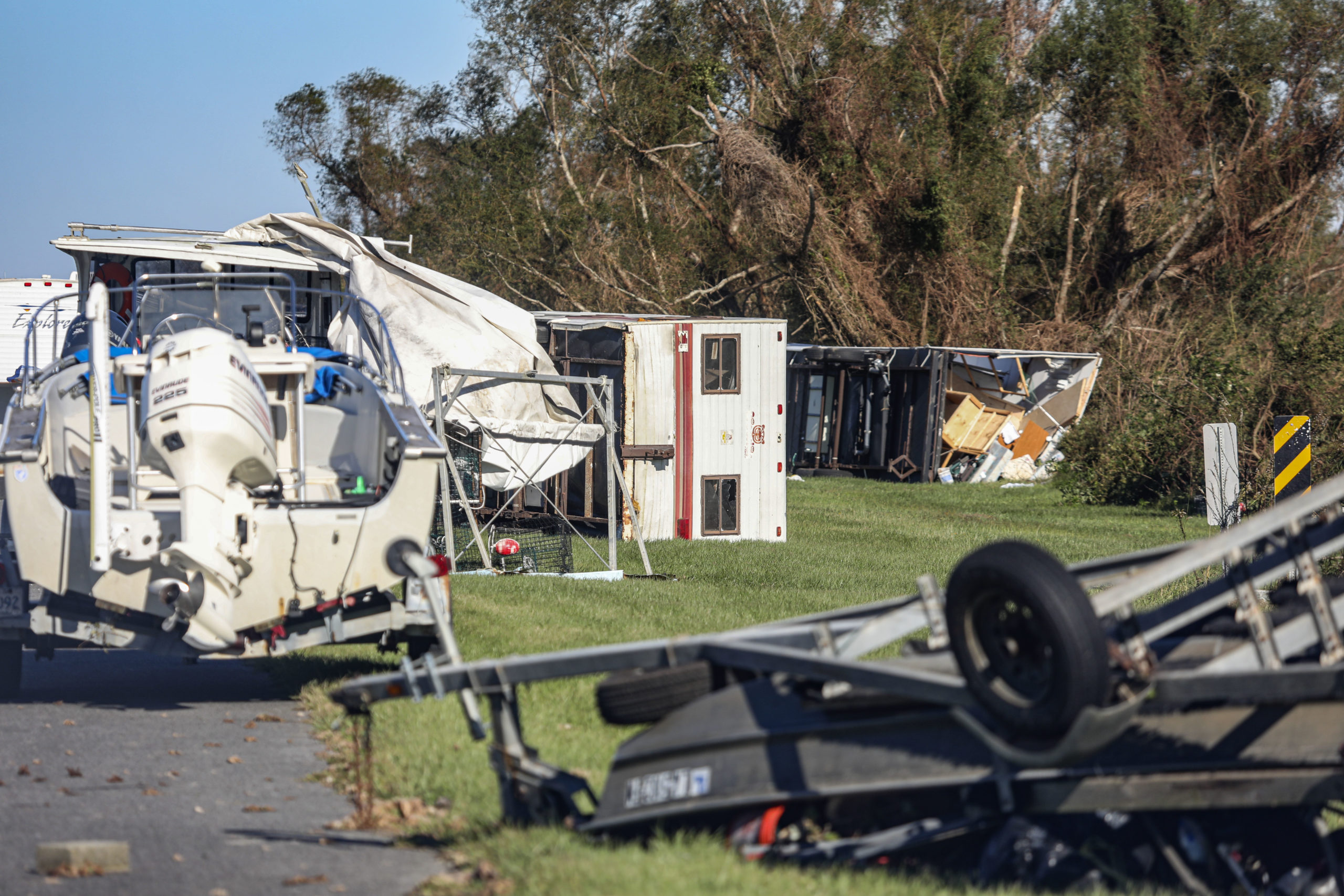 Overturned trailers sit along LA-46 after Hurricane Zeta on October 29, 2020 in Reggio, Louisiana. A record seven hurricanes have hit the gulf coast in 2020 bringing prolonged destruction to the area. (Photo by Sandy Huffaker/Getty Images)

Louisiana Gov. John Bel Edwards said that he deployed the National Guard to assist with search and rescue efforts and perform door-by-door checks on property. The governor described “catastrophic damage” on the island of Grand Isle, where a levee failed in three places – the only levee failure during the storm.

“Oddly enough, it isn’t the storms that typically produce the most injuries and the fatalities. It’s the cleanup efforts,” Edwards said Thursday. “It’s the use of generators. It’s the carbon monoxide poisoning. It’s the electrocution that comes from power lines. So, now is the time to be very, very cautious out there.”

58-year-old Leslie Richardson drowned in Mississippi after trying to take a video of the storm, Harrison County Coroner Brian Switzer said according to the Associated Press. Richardson and another man clung to a tree branch after getting out of a floating car, Switzer said, and eventually Richardson’s strength “just gave out.”

A Louisiana coroner said that a 55-year-old man died in New Orleans after being electrocuted by a fallen power line. Another man died in Cherokee County, Georgia when a large tree fell onto his mobile home, the Associated Press reported.

Several early voting locations in western Florida were forced to close due to the storm, and some precincts in Georgia had to delay voting due to power outages.

Zeta set a new record by being the 11th named storm in a single season to make landfall in the continental United States. The previous record was 9 storms in 1916, according to the report. The busy hurricane season follows meteorologists’ earlier predictions that the 2020 season would be unusually busy.