Nobody knows how the election will turn out, but we can say with confidence that this is the first election where so many trusted authorities in our country have tried to tip the scales so hard. Regardless of the outcome, the partisan unfairness we have seen through this election cycle will further erode what we need most in our country: a renewal of trust. Trust is down in almost every national institution. When the people don’t trust government, private business, educational institutions and the media, our country becomes less stable. But those bemoaning the erosion of trust spend little time talking about how much the institutions in question have earned the lower regard they now hold.

Large, powerful institutions have behaved badly in our country for a long time. From the majority of former congressman now becoming corporate and foreign lobbyists instead of returning home, to former presidents of both parties cashing in on ludicrously high-priced foreign speeches and payments, to universities charging our kids astronomical tuitions while their administrators’ salaries grow exponentially, to the vast swaths of our entertainment, financial, political and even legal elite who were palling around with serial child sex abuser Jeffrey Epstein, all the way to the federal law enforcement organizations that refused to hold Epstein accountable for his heinous crimes, it’s not surprising that people have lost trust in our national institutions. The QAnon conspiracy is, of course, insane, but it’s not hard to understand why people fall for conspiracies when you look at how those at the top of our society have behaved these past years. 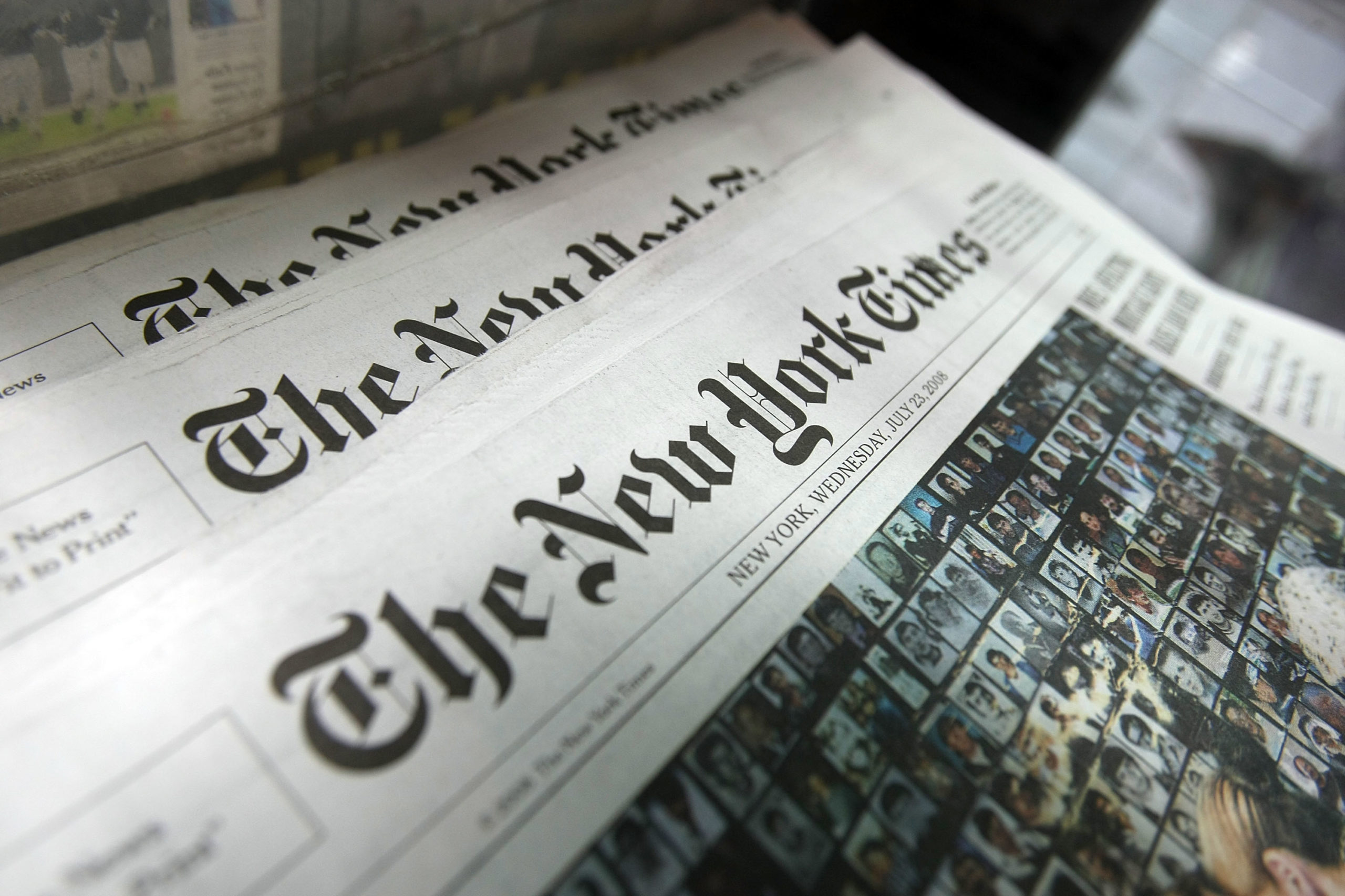 NEW YORK – JULY 23: Copies of the New York Times sit for sale in a rack July 23, 2008 in New York City. The New York broadsheet announced it posted an 82 percent decline in second quarter profits as compared to last year. It also announced it would raise its newsstand price 25 cents to a $1.50. (Photo by Mario Tama/Getty Images)

In the face of this long-term trend, the most destructive thing to come from this election may be the continuation and even acceleration of the loss of trust Americans have in our nation’s formerly trusted institutions.

The New York Times has always been liberal, but it used to have standards. When the Times published their famous “anonymous” op-ed by a “senior administration official” attacking the president, they led everyone to believe that the official was someone very high up. Everyone from Vice President Mike Pence on down was under suspicion. It was marketed as a testament to how dangerous and crazy this president was — that someone in his own orbit was coming out to undermine him in The New York Times. The problem is the author was not a “senior administration official” at all. The author, Miles Taylor, was a 33-year-old deputy chief of staff to the Homeland Security secretary. He was not close to the president in any way. He wasn’t even listed on his own cabinet agency website’s leadership page. There are thousands of people who may qualify as a senior administration official the way the Times defined it. It’s just not honest to pretend that the op-ed was a true reflection of Trump’s senior team. People have a right to expect The New York Times to be honest, even when covering a politician who they clearly don’t like. (RELATED: Miles Taylor Bragged About Donating Most Of His ‘Anonymous’ Book Royalties — But We Have No Idea How Much Money He Actually Kept)

Last week, the New York Post, America’s fourth-largest newspaper by circulation, published a bombshell story on Hunter Biden’s email account, including materials that indicated Joe Biden may have been more involved in Hunter’s foreign financial dealings than he had let on previously. Twitter responded by blocking the content and then blocking the entire New York Post. Facebook took similar actions. There were some legitimate journalistic questions about the story, but our new technology censors weren’t interested in that. They just made sure people didn’t see the content. (RELATED: These Reports Are Essential Reading For Understanding The Hunter Biden Story)

Later, Tony Bobulinski, a former business partner of Hunter Biden, came forward to offer firsthand testimony on the Bidens. Bobulinski was CEO of a company the Bidens were putting together to raise millions of dollars from a Chinese energy conglomerate with ties to the ruling Chinese Communist Party. Bobulinski, in other words, was in a position to know what was really happening. Bobulinski came forward to say that, contrary to Joe Biden’s denials, Joe was well aware of and involved with Hunter’s dealings in China. Bobulinski claims that he was personally in meetings with Joe Biden on these topics. Direct testimony by a trusted insider with reason to know the facts is a very strong form of evidence. It’s not definitive proof — he could be lying; he could be being paid off — but it’s definitely persuasive. People go to jail all the time over evidence like this, yet the major corporate media outlets in our country have decided to largely ignore it. They aren’t giving very good reasons as to why they would ignore this sort of firsthand evidence. The only one that comes to mind is it hurts their favored candidate. (RELATED: EXCLUSIVE: Senate Committee Successfully Verifies All Bobulinski Materials Reviewed To Date) 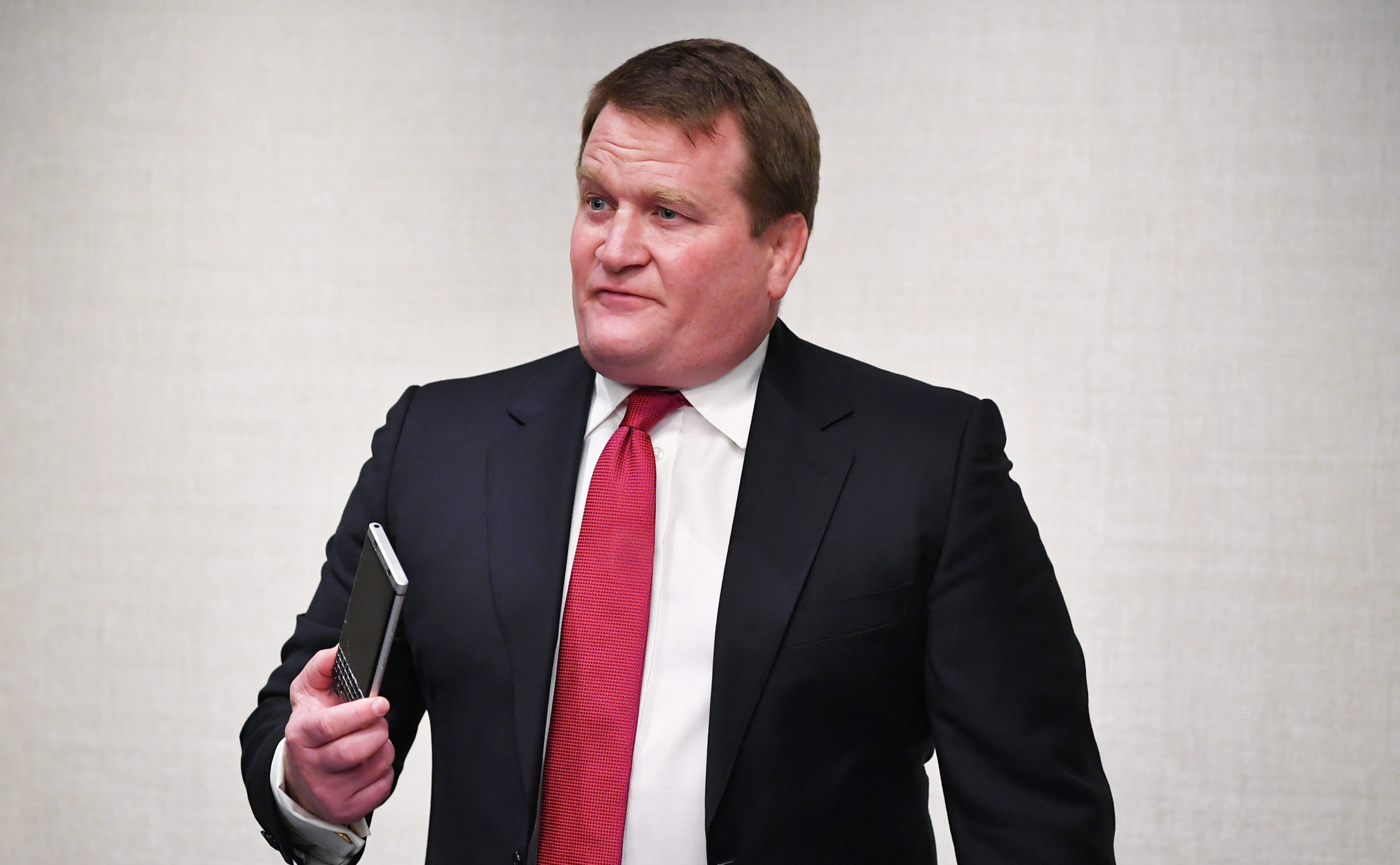 Tony Bobulinski, who claims to have been an associate of Hunter Biden, speaks to reporters at a hotel in Nashville, Tennessee on October 22, 2020, ahead of the final presidential debate. – Bobulinski is US President Donald Trump’s debate guest. (Photo by MANDEL NGAN / AFP) (Photo by MANDEL NGAN/AFP via Getty Images)

To be clear, I don’t think that the Bobulinski testimony or the Hunter Biden emails are about to change the course of the election. Although it sure seems like Joe Biden was caught lying when he said he knows nothing of Hunter’s foreign business dealings, we have no proof yet that Joe has broken any laws. And more broadly, voters have — for good or ill — written off issues like this, mostly because they view everyone in Washington as compromised, anyway.

The irony is that things weren’t looking great for the president, even without the media and the tech companies’ interference. The president’s powerful opponents probably could have played it straight and still gotten their desired outcome. The left didn’t want to take any risks, though, and pressured every institution in America that even considered being fair with strong-arm tactics. As a result, if Trump loses, his supporters will forever hold it against these institutions that abused their authority. Our country will be one step further from the healing we so need. We all lose from that.