A Pennsylvania woman who uses her home to promote President Donald Trump’s reelection said Thursday that she doesn’t “believe those polls” indicating Trump is losing the presidential election due to the crowds visiting her home.

“I don’t believe those polls for one minute. My crowd size from 2016 to now has grown three times. And what I’m seeing here are many Democrats that are flipping political parties to Republican,” Leslie Rossi told “Fox & Friends,” from her home in Latrobe.

“And I’m seeing a big trend in older voters that are in their eighties and nineties. They have never voted in their life and they’ve all come here to register to vote for the first time. They’re pretty fed up, mad, and they are concerned about the future of this country,” she continued.(RELATED: Conservative Watchdog: Media Coverage Overwhelmingly Negative For Trump, Positive For Biden)

“They’ve worked hard their whole lives. And they don’t want to see it go to hell,” Rossi noted as she explained that she was also using the location to register “probably 100 voters a day. I couldn’t keep up with the forms.”

“It was a mad house here: so lots of fun, lots of people to meet, and a lot of new registered voters and a lot of political party change,” she added.

Rossi told viewers that she did the same thing to her home in 2016 after receiving some negative responses from people in her neighborhood. “I hung a banner on an old building that I was working on and I was shocked and surprised, dismayed at the reaction — the negative reaction … People I had known for years were whipping us the finger.” 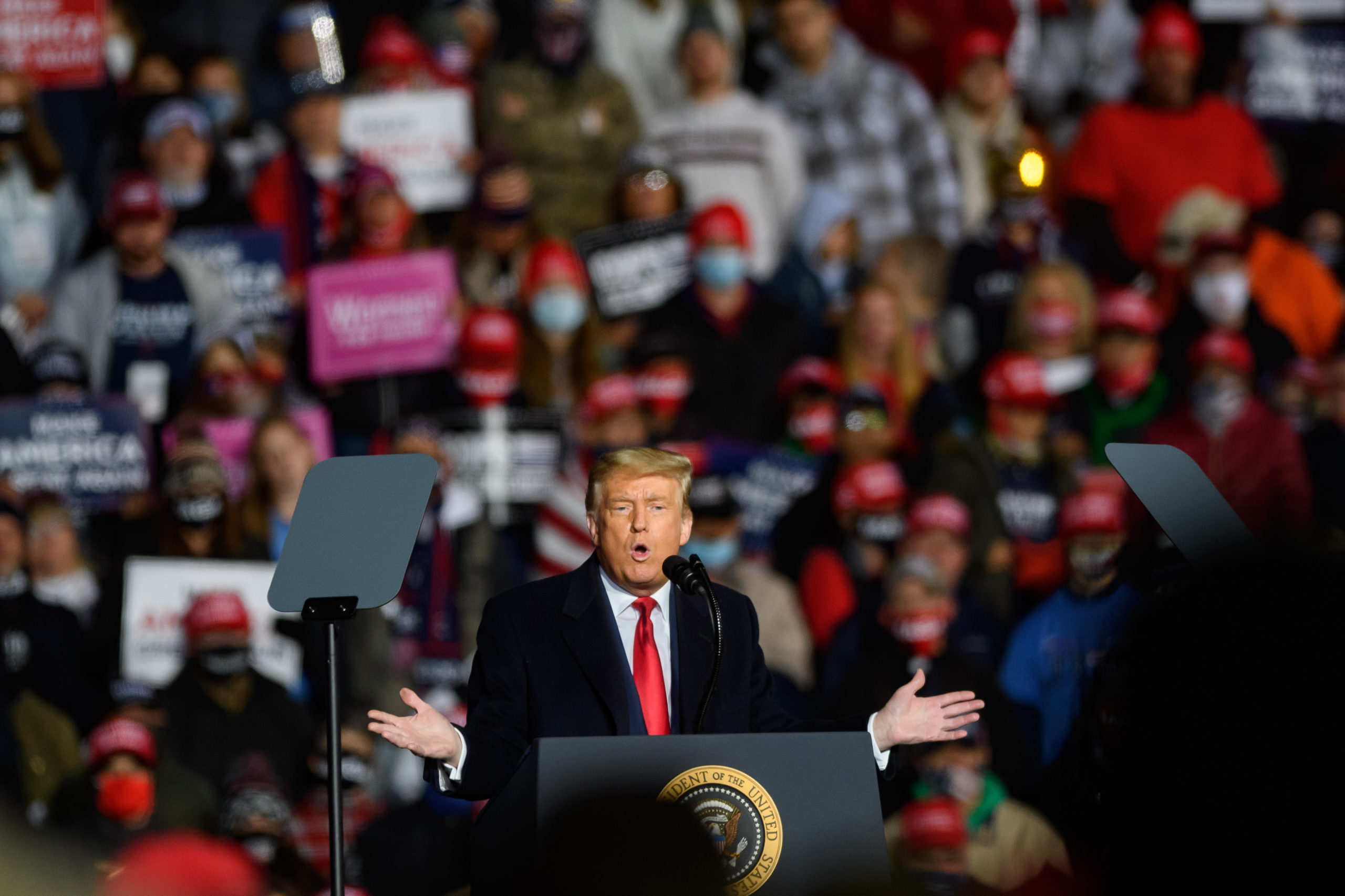 She said she ignored the criticism and decided “that we go bigger and we make a difference and we’ve done that here.”

Though she says she can “only speak” for Pennsylvania, Rossi reported that the people she has met are “so proud of their president. They love what he has done in four years. And they are doing whatever they can to get him reelected. They took that step to get registered and be prepared to vote.” (RELATED: Pollster: Trump On Track For Reelection With ‘Hidden’ Voter Support)

According to a Reuters/Ipsos poll released Monday, more than 40% of both Trump and Biden supporters are not prepared to accept the defeat of their candidate in next week’s presidential election.

Thousands of Trump supporters faced frigid temperatures this week after getting stranded at the site of an Omaha, Nebraska rally.