A federal appeals court ruled Thursday that mail-in ballots from Minnesota that arrive after Nov. 3 must be separated from those that are received on or before Election Day.

The ruling, which came from a three-judge panel from the 8th Circuit Court of Appeals, authorized a GOP challenge against Minnesota Secretary of State Steve Simon order extending the ballot deadline by seven days. Ballots received after Election Day should be separated, the ruling said, in order “to be removed from vote totals in the event a final order is entered by a court of competent jurisdiction determining such votes to be invalid or unlawfully counted.”

The ruling suggested that ballots that are received after 8 p.m. Nov. 3 could be officially invalidated in a later ruling, though it is unclear as to whether they will be, Politico reported. 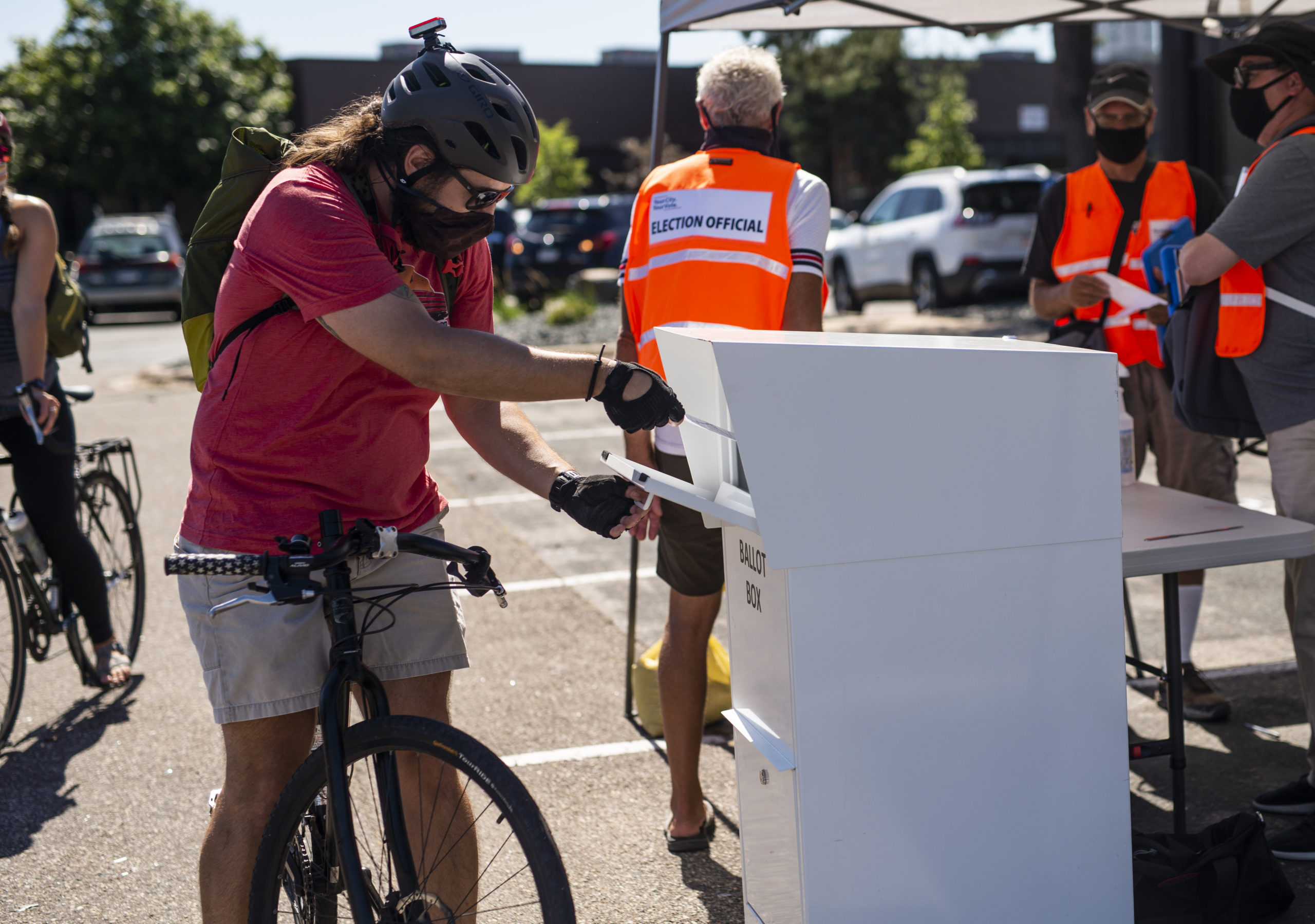 A voter on bicycle drops off their ballot at a drive through drop-off for absentee ballots on August 11, 2020 in Minneapolis, Minnesota. Voters in Minneapolis were able to drop off their mail-in ballots in person at two different locations, which were made available temporarily to assuage fears of delay in USPS delivery. (Stephen Maturen/Getty Images)

The ruling was praised by President Donald Trump and Minnesota Republicans, who earlier filed a motion pushing for the final verdict. It argued that “it could be impossible for a court to repair the election results tainted by illegally and untimely cast or mailed ballots if the ballots are not segregated.” (RELATED: Pennsylvania Can Count Ballots That Arrive By Nov. 6)

The ruling is a reversal from an Oct. 11 decision that upheld Minnesota’s extended ballot deadline. That decision led state Rep. Eric Lucero and GOP activist James Carson to push for an appeal, arguing that the extension was a violation of federal law, which outlines a Nov. 3 deadline, according to the Minneapolis Star Tribune.

Both Democratic nominee Joe Biden and Trump are set to hold campaign events in Minnesota on Friday. The former vice president leads Trump in the state by just over eight points, according to FiveThirtyEight.