Collins, who has held her seat since 1997, was polling tightly with Gideon. Every poll tracked by Real Clear Politics since September had Gideon leading by a range of one to 12 points, despite Collins winning her seat handily in previous elections.

The two women ran the most expensive Senate race in the state’s history, according to the New York Times. In the third quarter of 2020, Gideon raised $39.3 million for her campaign, and spent $22 million in July, August, and September. By the end of September, the candidate, who is Maine’s speaker of the House, had $22.7 million in cash on hand, according to the Press Herald. Collins reported raising about $7.4 million during the quarter.

Collins, a pro-choice moderate who is the only Republican Senator from New England, rarely mentioned President Donald Trump or GOP leaders during her campaigning.

She was one of a handful of lawmakers who casted a decisive vote to confirm Justice Brett Kavanaugh, a Trump’s 2018 Supreme Court nominee. Collins has favorably cited Kavanaugh’s record on abortion cases during his first term on the high court, and told the Times she did not “regret her vote in the least” in 2019. 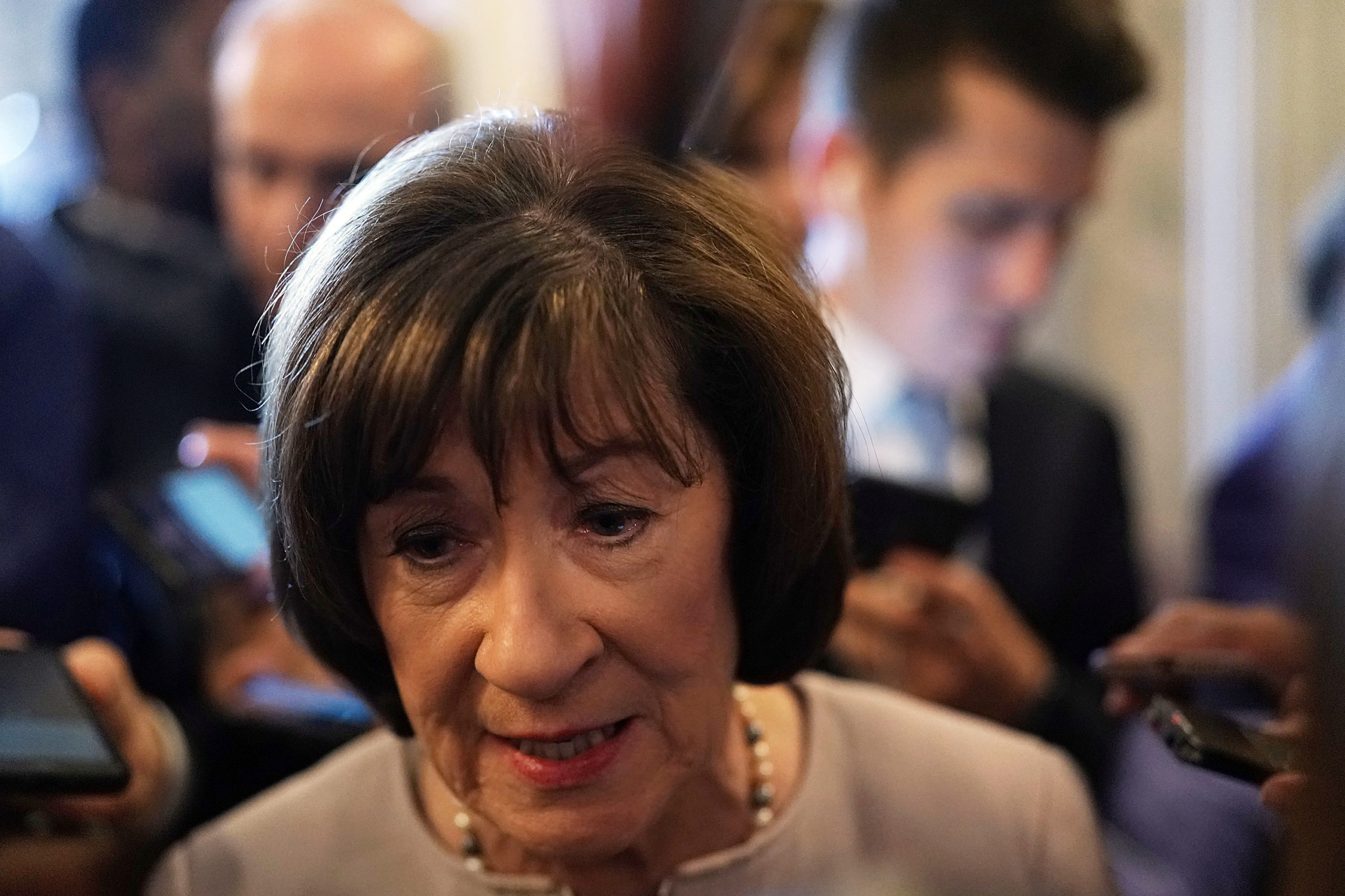 Collins was one of two Republicans to voice opposition to Trump’s nomination of Justice Amy Coney Barrett to the high court, who has since been confirmed. Her vote in favor of Kavanaugh angered Democrats and some moderate supporters, and her vote against Barrett is speculated not to win them back. Gideon has instead used Collins’ vote for Kavanaugh as a reason to deny the senator a fifth term, according to the Times. (RELATED: Trump Slams Susan Collins For Opposing Amy Coney Barrett Vote Before Election)

Despite Collins’ efforts to appeal to voters with her opposition to Barrett, the Times reported that Maine voters appeared unmoved and dubious. Both supporters and opponents reportedly characterized it as a necessary political move made weeks before the election, and one that did nothing to stop the confirmation.

The election was expected to be the first time that Maine would use its ranked-choice voting system, which allowed voters to select a second candidate that is counted as a vote if no first-choice votes for candidates reach 50%.

Independent candidate Lisa Savage, a progressive, reportedly encouraged her supporters to list Gideon as their second pick. This posed another threat to Collins’ campaign since she and Gideon were at below 50% in polls leading up to the election, according to the Times.