Speaker of the House Nancy Pelosi officially launched her bid Thursday to keep her leadership position in the next Congress.

In a letter to her Democratic colleagues, Pelosi congratulated House Democrats on maintaining a majority in the House and then asked for their support to have her continue to lead the party as Speaker. Pelosi said she looks forward to working with 2020 presidential candidate Joe Biden, although the race has not yet been called.

“I am writing to request your support to be re-elected as Speaker. I do so with the utmost respect for the diverse viewpoints of our Democratic Caucus, the gravity of this role and the urgency of the challenges ahead. I also do so with great joy and appreciation to so many of you who have already offered your support and encouragement,” Pelosi wrote in the letter.

“Congratulations on your victory and for strengthening our Democratic House Majority — the most diverse and most dynamic in American history! The American people elected Democrats up and down the ballot with a resounding and remarkable mandate for progress and healing. Working together with President-elect Joe Biden and Vice President-elect Kamala Harris, the Democratic House will be ready on Day One to advance extraordinary change For The People,” the letter also reads.

“I am writing to request your support to be re-elected as Speaker.”

– Nancy Pelosi letter to colleagues – signed individually and personalized, which is reason for the blackouts. #FoxNews pic.twitter.com/A8PpAQAP3G 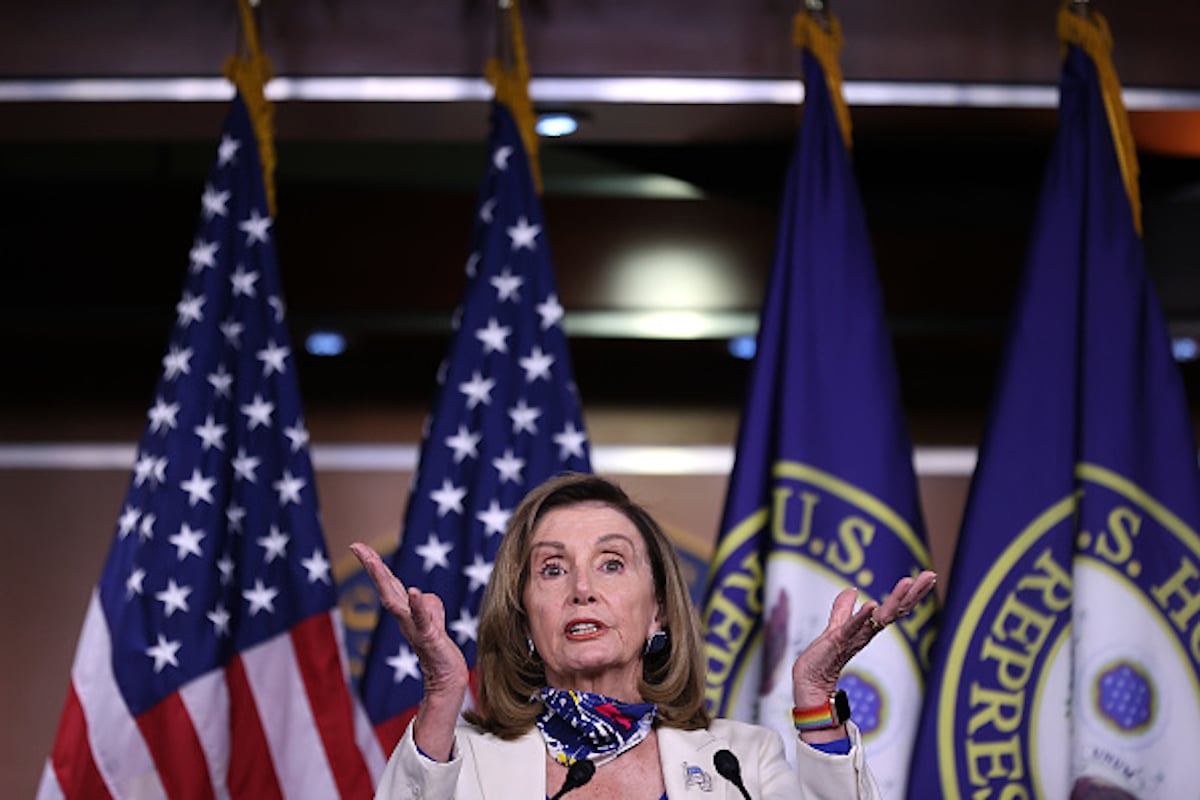 Pelosi told Democrats that their party has “a mandate” after being called out by her colleagues in a caucus phone call for losing a number of seats they were hoping to win on election night. (RELATED: ‘We Have A Mandate!’: Pelosi Reportedly Hammers Distraught, Beleaguered House Dems)

Democrats in the House reportedly voiced their concerns about the future of the party with Pelosi in a Thursday caucus call, as Democrats did not expand their majority but instead lost several seats. Virginia Democratic Rep. Abigail Spanberger was reportedly the most vocal, causing Pelosi to fire back saying Democrats have a “mandate.” (RELATED: ‘F*cking Torn Apart Again In 2022’ — Virginia Democrat Allegedly Lights Up Caucus Call On Election Performance)