Democrats in the House of Representatives lost a number of seats they were hoping to win Tuesday night, a blow to the party’s hopes of expanding their majority, as some were projecting Democrats to pick up as many as 15 seats.

As states continue to count votes, many House races were decided on election night, showing big losses for a number of Democrats backed by Speaker of the House Nancy Pelosi and the Democratic Congressional Campaign Committee (DCCC). On election day Pelosi and DCCC chairwoman Rep. Cheri Bustos held a press conference, mentioning how they hoped to gain a number of seats.

However, as the votes started coming in, it was bad news for House Democrats who were trying to expand their 232-197 majority. As of Wednesday night, Republicans flipped 7 seats, for a net gain of 5 seats, The New York Times reported. There are still 43 races that have not yet been decided. Democrats flipped 2 seats. National Republican Congressional Committee (NRCC) spokesman Michael McAdams told the Daily Caller that a House GOP totaling between 208-212 members is not out of the realm of possibilities.

A number of Democratic lawmakers reacted to the losses in a Politico piece published Wednesday, one lawmaker even saying the Democrats’ performance is a “dumpster fire”.

Early on in the night in Miami-Dade County, two Democratic Reps. Debbie Mucarsel-Powell and Donna Shalala, both lost their elections. Shalala served as Health and Human Services secretary under former President Bill Clinton. 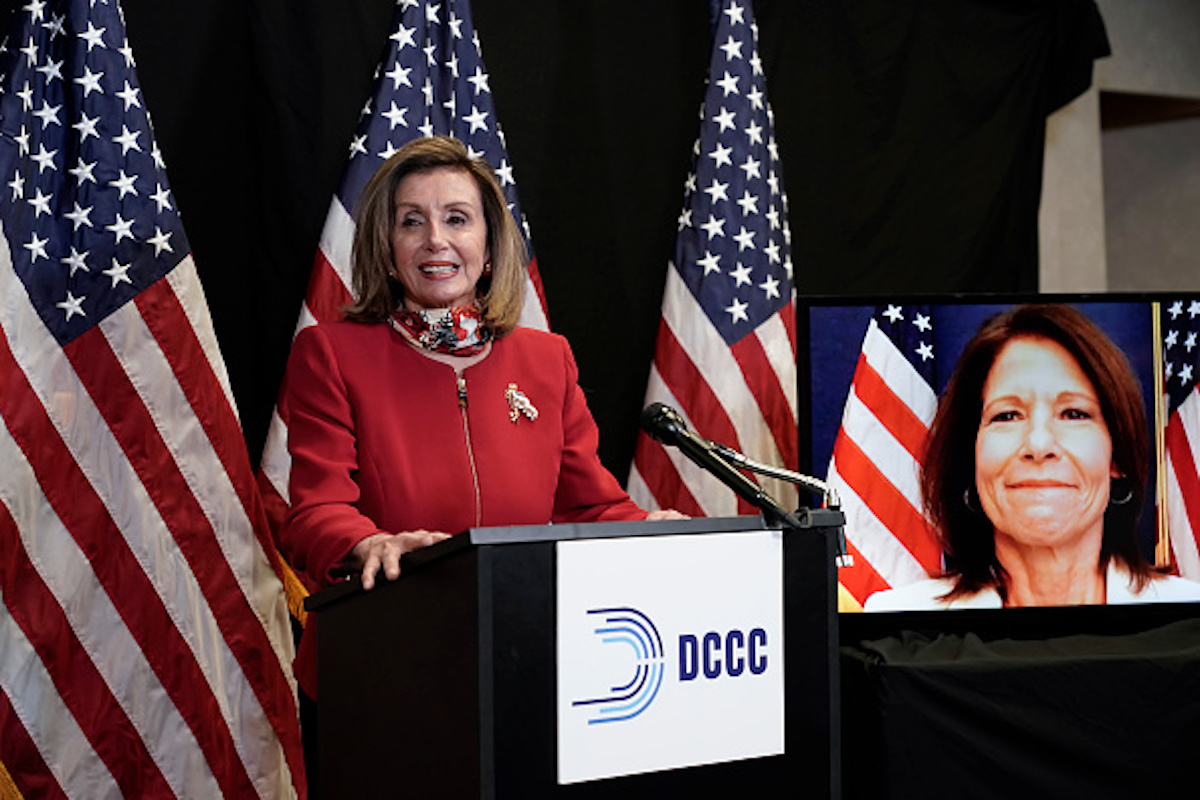 In Minnesota, Democratic Rep. Collin Peterson, who served for 15 terms and is the chairman of the Agriculture Committee, was defeated by his Republican opponent Michelle Fischbach, The Hill reported. Oklahoma Democratic Rep. Kendra Horn lost to Republican Stephanie Bice.

In an interview with Politico, Democratic Virginia Rep. Gerry Connolly blamed the polling and news pundits for making false predictions.

“I think there’s still a lot of uncertainty. I would say the high expectations that a number of pollsters and pundits created obviously have not been met,” Connolly said. “We’ll have a Democratic majority in the House, and it remains to be seen how big that will be.”

The Daily Caller contacted Pelosi’s office about Democrats’ efforts to expand their majority, to which they did not immediately respond.