A legal group filed a lawsuit in Pennsylvania alleging that the state has tens of thousands of deceased people on its voter rolls and that there is evidence of voting activity among the deceased.

The Public Interest Legal Foundation (PILF), which is not associated with President Donald Trump’s campaign, filed the lawsuit Thursday arguing that Pennsylvania has failed to maintain voter registration records in violation of federal and state law, according to a press release. PILF alleged that in an October analysis it found at least 21,000 apparently deceased citizens on the state’s voter rolls, according to the complaint.

“This case is about ensuring that those deceased registrants are not receiving ballots,” said J. Christian Adams, PILF president and general counsel, according to the press release. “This case isn’t complicated. For nearly a year, we’ve been offering specific data on deceased registrants to Pennsylvania officials for proper handling ahead of what was expected to be a tight outcome on Election Day.”

“When you push mail voting, your voter list maintenance mistakes made years ago will come back to haunt in the form of unnecessary recipients and nagging questions about unreturned or outstanding ballots,” he continued. (RELATED: Late Ballots, Mismatched Signatures, Drop Boxes — Here’s How Hundreds Of Lawsuits Could Affect The Election’s Outcome) 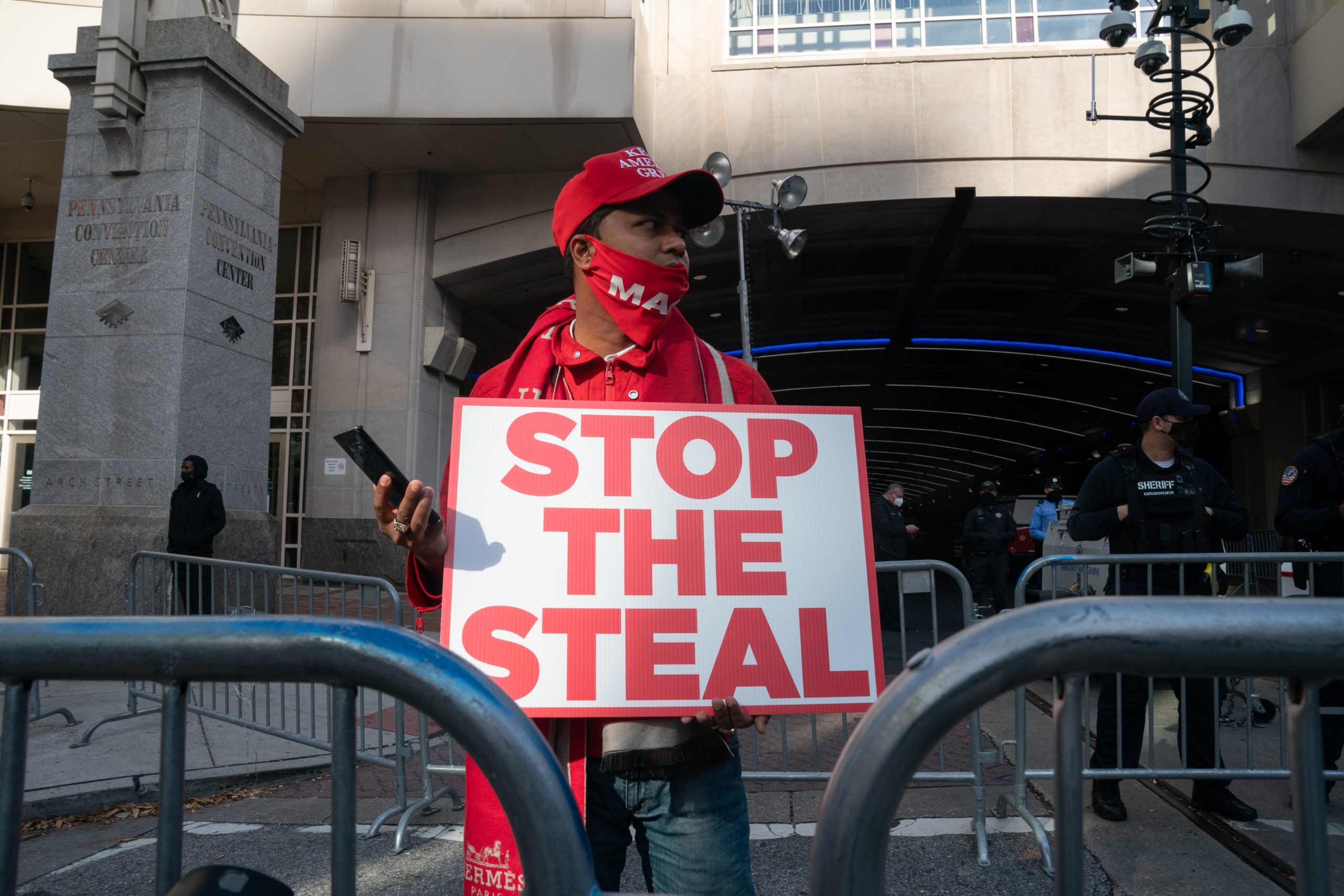 The office of Pennsylvania Secretary of State Kathy Boockvar declined to comment on the active litigation. (RELATED: Trump Campaign: ‘This Election Is Not Over’)

The Michigan Department of State issued a statement Thursday denying allegations shared online that deceased citizens had voted in Michigan. While it may sometimes appear that deceased people voted, that is because of clerical errors, the statement said.

“Ballots of voters who have died are rejected in Michigan, even if the voter cast an absentee ballot and then died before Election Day,” the Department of State said in the statement. “On rare occasions, a ballot received for a living voter may be recorded in a way that makes it appear as if the voter is dead.”

Meanwhile, Trump’s campaign has filed lawsuits related to vote tallies in multiple states. Trump has tweeted several allegations of voter fraud in swing states, many of which have been flagged by Twitter.

The 2020 presidential election remains undecided, according to The New York Times. As of Friday afternoon, former Vice President Joe Biden leads Trump in the presidential race by 9,746 votes in Pennsylvania.