Apprehensions at the southwest U.S. border with Mexico plummeted in April when the coronavirus pandemic caused countries across the world to lockdown.

But as the fall months approached, despite the coronavirus still spreading throughout the U.S., apprehensions of aliens at the border surged in September, reaching 54,771 compared to 16,182 in April, according to U.S. Customs and Border Protection (CBP).  The number of apprehensions in September also surpassed the pre-pandemic numbers in the 5 months prior to lockdowns in March. In October 2019, there were 35,402 apprehensions.

Matthew Dyman, a public affairs specialist at CBP, explained to the Caller why the uptick may have occurred despite the continuing public health risk of the coronavirus. 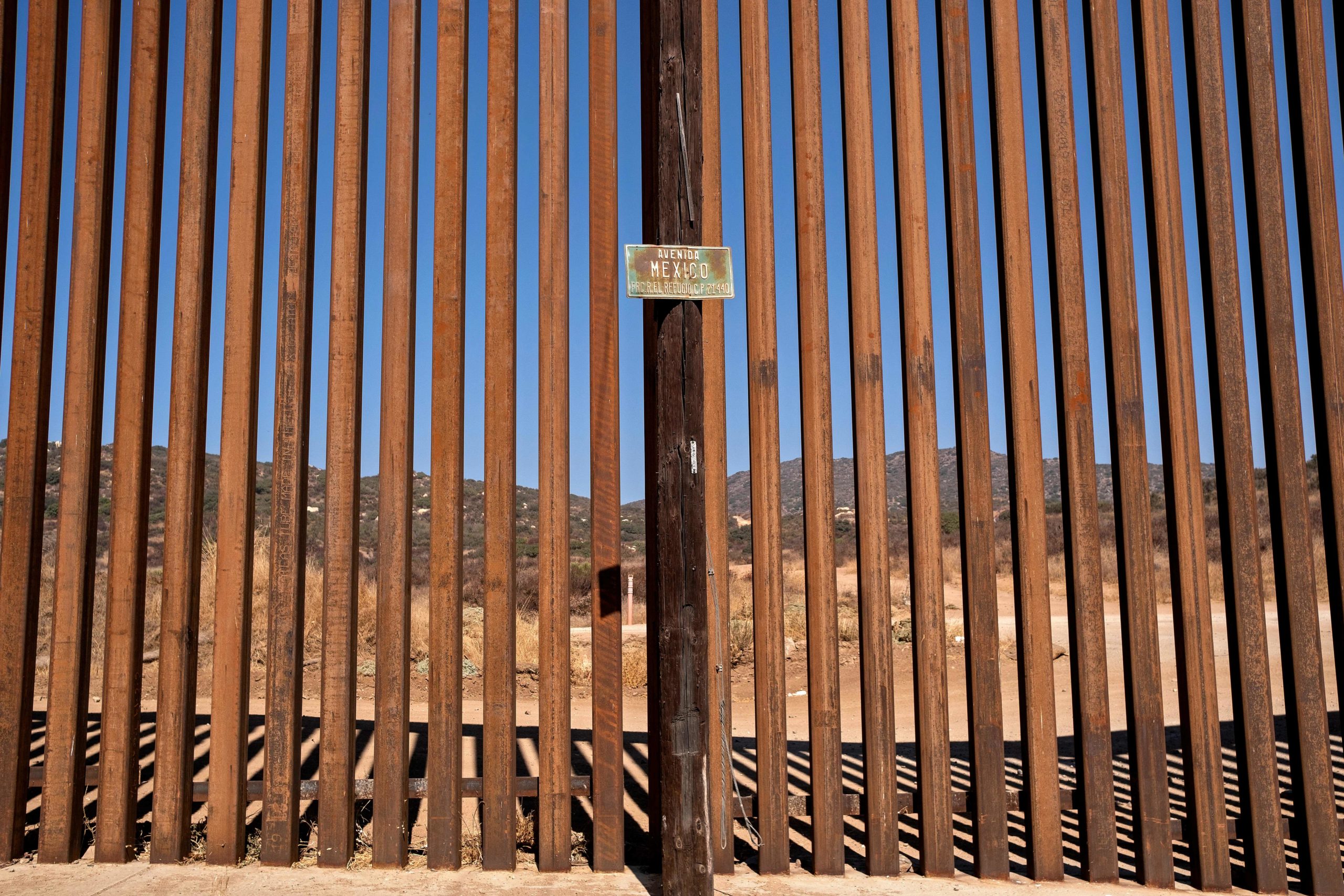 View of a recently reinforced section of the US-Mexico border as seen from Tecate, Baja California State, Mexico, on October 7, 2020. -(Photo by GUILLERMO ARIAS/AFP via Getty Images)

“It could be the initial shock of the pandemic has subsided, and migrants have decided to continue putting their lives in the hands of callous, ruthless smugglers (often repeatedly) who treat them like cattle, or leave them for dead,” Dyman said.

Immigration experts predicted an increase in the number migrants would occur “once restrictions on mobility are lifted,” Andrew Selee, president of the Migration Policy Institute, a non-partisan think tank, told CNN in October.

“The consensus was that the desire of people to migrate is greater now than it’s ever been because of the economic situation,” Selee added, basing his explanation off of discussions with Latin American officials, according to CNN.

Poverty was also expected to strike people in Latin America during the pandemic, affecting “almost 230 million people” and pushing almost 95 million of those affected into extreme poverty, Alicia Bárcena, the head of the United Nations regional body for Latin America and the Carribean said in July.

Border Patrol has also reported an increase in people being smuggled into the U.S. in the back of tractor trailers. In May, 54 people were in the rear of a trailer at the I-35 checkpoint, illegally present in the U.S., according to Fox 5 NY. The people were from Mexico, Ecuador, Nicaragua, and Honduras, and were all taken into custody. In the 6 days prior to that inspection, 102 people were found in tractor trailers trying to pass the border.

“Migrants are endangering infecting themselves, and everyone around them by being jammed into tractor trailers and stash houses. And they can potentially bring that to American communities, or friends and family they may have here,” Dyman told the Caller.

“It would take just a small number of individuals with COVID-19 to infect a large number of detainees and CBP personnel and potentially overwhelm local healthcare systems along the border.”

Due to the pandemic, beginning in March, CBP began prohibiting the entry of certain persons who potentially pose a health risk either by virtue of being subject to previously announced travel restrictions or because they unlawfully entered the country to bypass health screening measures. To help prevent the spread of the virus, people apprehended at the border would not be held in congregate areas, and instead be expelled to their country of last transit, according to CBP. 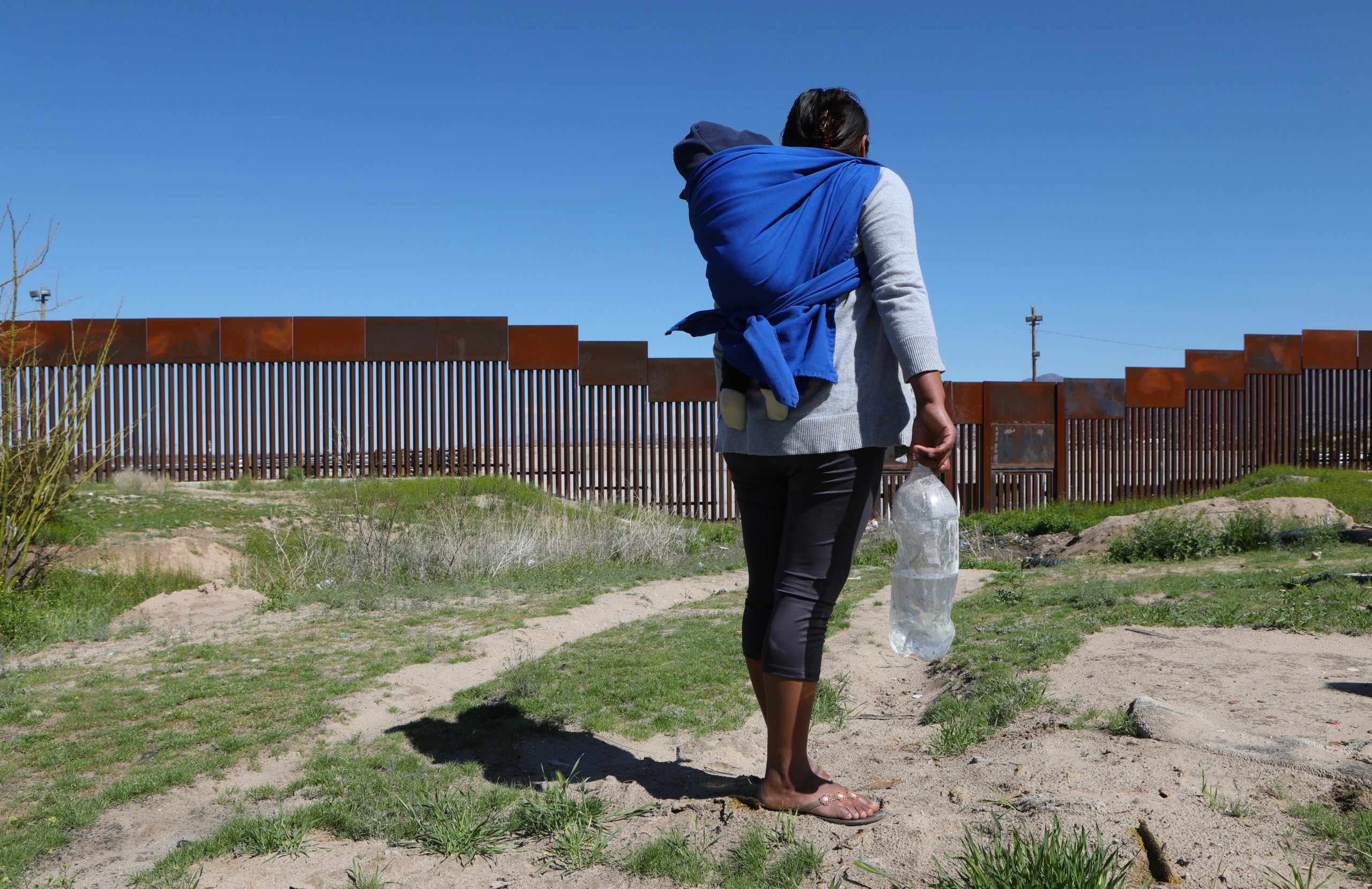 A migrant carrying a toddler stands in front of the border wall that divides Sunland Park, New Mexico, United States, with Ciudad Juarez, state of Chihuahua, Mexico on March 14, 2020. (Photo by HERIKA MARTINEZ/AFP via Getty Images)

“Every week, CBP encounters thousands of un-screened, un-vetted and un-authorized migrants from countries affected by COVID-19 who have crossed our borders illegally. So, the Centers for Disease Control and Prevention determined that the introduction and spread of COVID-19 in CBP stations and temporary holding facilities presents a danger to illegal border crossers, our frontline agents and officers, doctors and nurses, and the American public.”

Dyman says that while there has been an increase in border apprehensions, illegal drug and human smuggling activities have decreased in areas where there’s a wall system. Illegal cross-border traffic has instead shifted to areas with legacy barriers or none at all. So far, 400 miles of wall have been completed so far, he says. (RELATED: ‘It Used To Be A High Traffic Smuggle Area’: Border Patrol Chief Describes How Floating Fence Has Improved Safety At US-Mexico Border)

“Deploying wall system in high priority areas—particularly urban areas where illegal border crossers can quickly vanish into the surrounding community—allows USBP to decide where border crossings take place, not smugglers, and USBP can deploy personnel and technology in complement to border barrier.”