Pennsylvania Secretary of the Commonwealth Kathy Boockvar said Friday that she will not be ordering a recount in the state for the 2020 presidential election.

Boockvar’s office released a statement saying Boockvar “has determined that she will not be ordering a recount and recanvass of the election returns in the counties, as no statewide candidate was defeated by one-half of one percent or less of the votes cast,” NBC Politics reported. 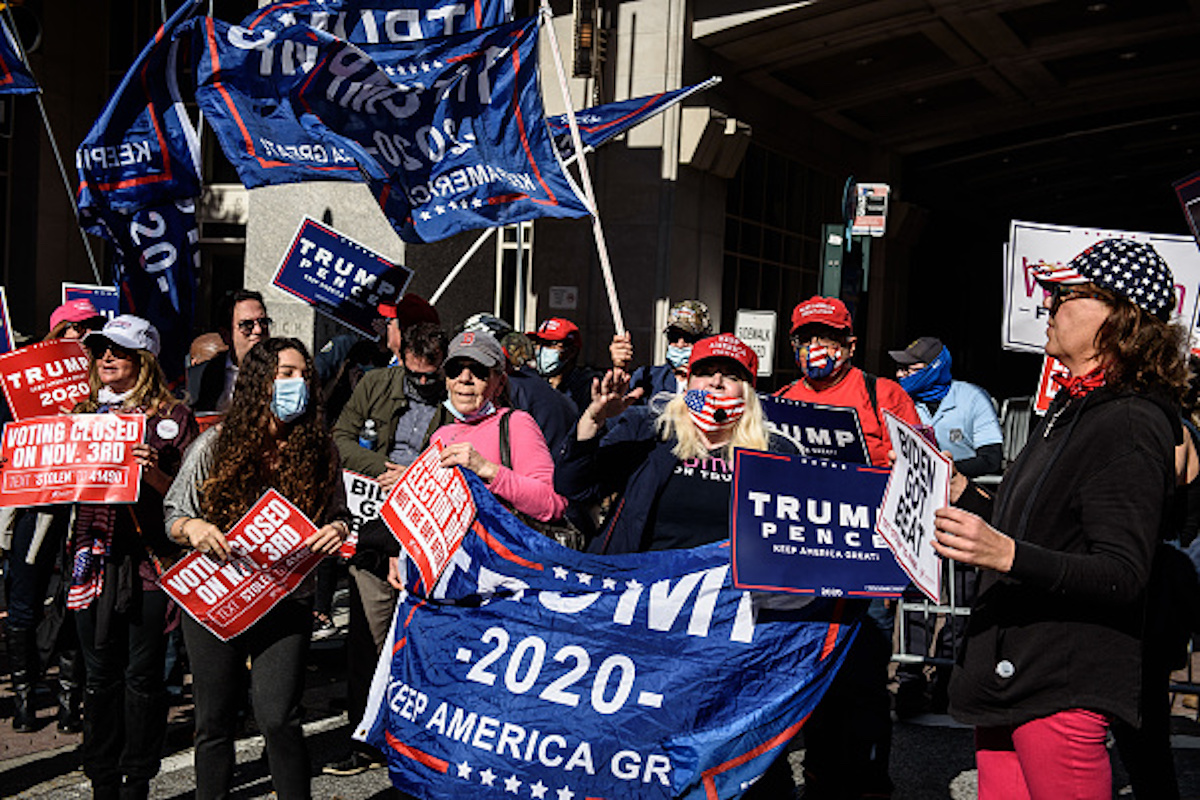 Supporters of U.S. President Donald Trump holds signs and flags while rallying in front of the Convention Center during the 2020 Presidential election in Philadelphia, Pennsylvania, U.S., on Tuesday, Nov. 5, 2020. (Photographer: Jennifer Huxta/Bloomberg via Getty Images)

A Pennsylvania judge sided Thursday with the Trump campaign, ruling that ballots that did not have proof of identity before Nov. 9 would not be counted. The decision came after Boockvar issued guidance saying that a ballot that lacked proof of identification could be fixed up to six days after the deadline for accepting ballots. (RELATED: Pennsylvania Judge Sides With Trump Campaign, Rules Segregated Ballots Can’t Be Counted)