The U.S. and Israel worked together to hunt down and assassinate a top al-Qaida terrorist in Iran earlier this year, according to the Associated Press.

Abu Mohammed al-Masri, al-Qaida’s second in command, was shot and killed on Aug. 7 in an alleyway by an elite unit within the Israeli government’s spy operation called Mossad, AP reported. The Israeli forces were reportedly acting upon American intelligence as to al-Masri’s location and his alias, according to the AP.

The top terrorist’s daughter, Maryam, was also killed in the operation, AP reported. Al-Masri’s daughter was the widow of Hamza bin Laden, the son of 9/11 orchestrator Osama bin Laden, and U.S. authorities believed her to be a potential terror threat, according to AP. (RELATED: Top Al-Qaida Leader On FBI Most Wanted List Killed In Afghanistan: Report)

Al-Masri was on the FBI’s most wanted list for the murder of U.S. nationals, attacks on federal facilities and conspiracy to dismantle America’s defense forces, among other charges. The radical appears on the bureau’s webpage under the name Abdullah Ahmed Abdullah, but “Abu Mohamed Al-Masri” is listed as an alias. 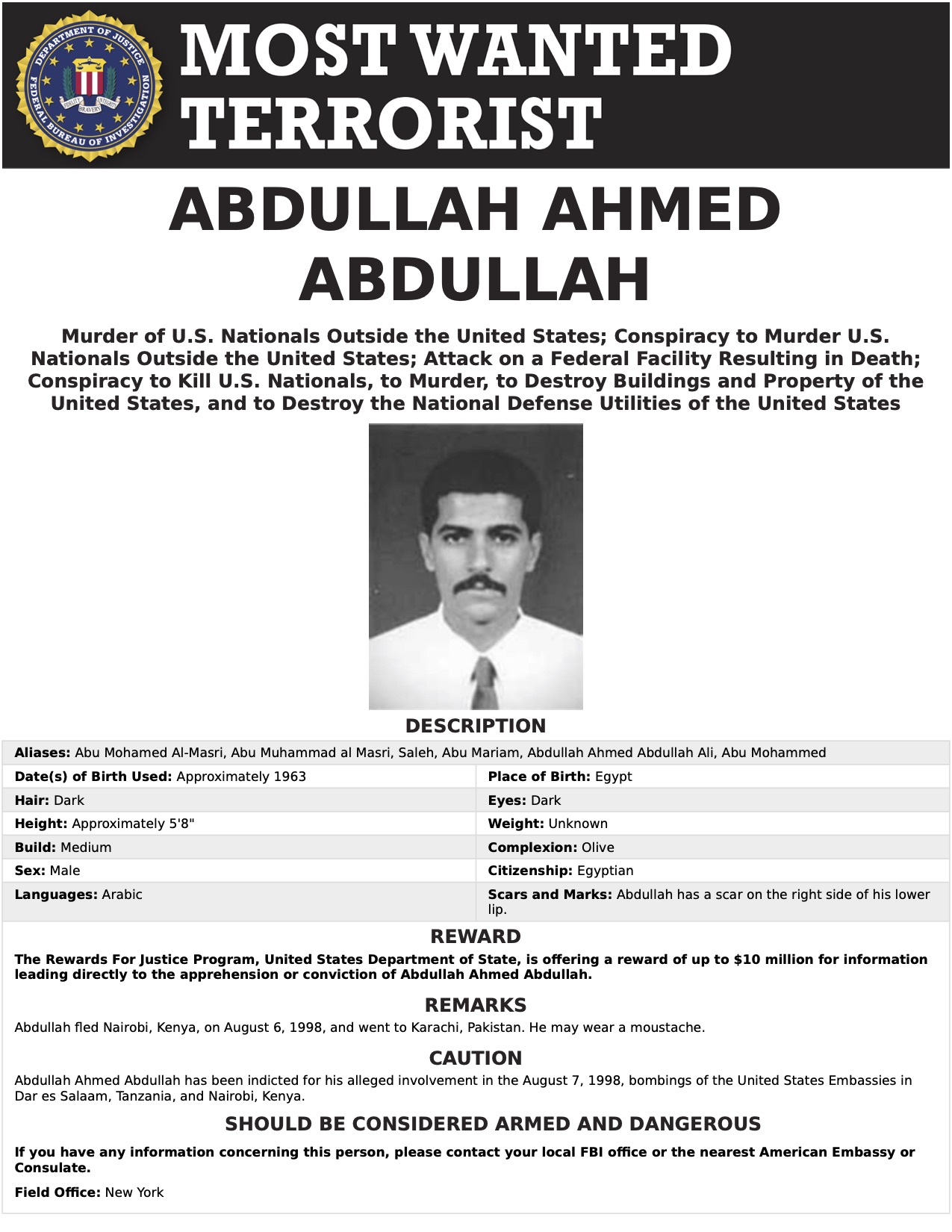 The death of the top terrorist and his daughter came amid President Donald Trump’s United Nations Security Council request to reinstate sanctions on Iran following the administration’s withdrawal from the 2015 nuclear deal, according to AP.