Georgia Secretary of State Brad Raffensperger claimed that some Republicans, including South Carolina Sen. Lindsay Graham, had asked him amid a statewide ballot recount whether Raffensperger had the ability to exclude legally cast ballots, according to the Washington Post.

Raffensperger, a Republican, described facing pressure from within his party about voting results and the security of the election in Georgia, which President-elect Joe Biden narrowly won by approximately 14,000 votes, the Post reported. 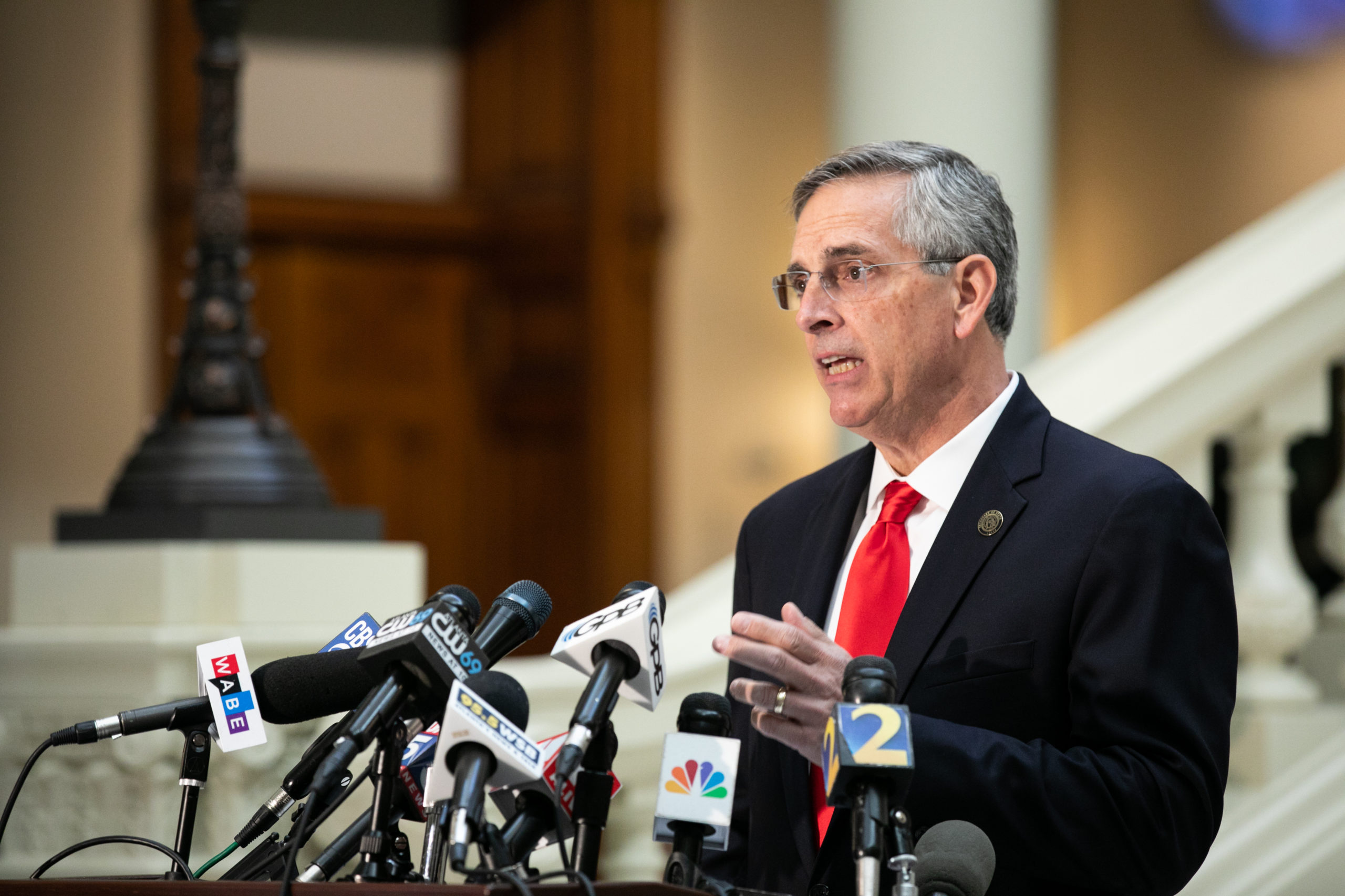 ATLANTA, GA – NOVEMBER 06: Georgia Secretary of State Ben Raffensperger holds a press conference on the status of ballot counting on November 6, 2020 in Atlanta, Georgia. The 2020 presidential race between incumbent U.S. President Donald Trump and Democratic nominee Joe Biden is still too close to call with outstanding ballots in a number of states including Georgia. (Photo by Jessica McGowan/Getty Images)

Raffensperger said he also had spoken Friday with Graham, and that Graham allegedly seemed to hint that he should throw away legal ballots, a characterization that Graham denied.

“That’s ridiculous … Not at all,” Graham said, when asked about the conversation and whether he made such a suggestion to Raffensperger, a spokesperson told the Daily Caller. “What I’m trying to find out was how do you verify signatures for mail in ballots in these states.”

Graham thought that they had a “good conversation” and was surprised to hear that Raffensperger had characterized it the way he did.

“The main issue for me is: How do you protect the integrity of mail-in voting and how does signature verification work?” Graham said, according to the Post.

“All y’all are all over us ’cause you want the guy to lose,” he also told the media about the conversation, his spokesperson added. “If the shoe were on the other foot you’d be asking questions about widespread fraud, so that’s where I’m at with y’all guys.” 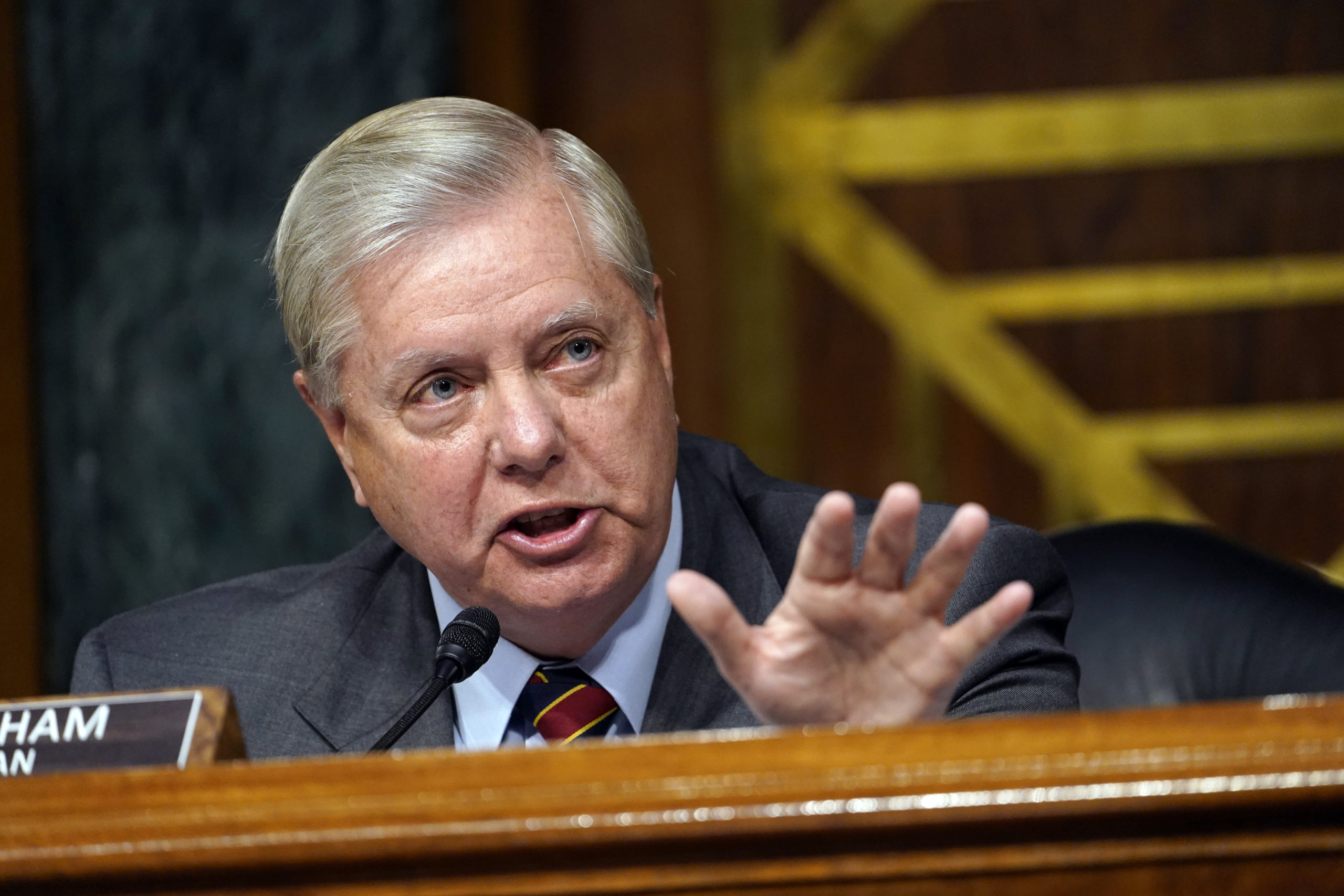 Raffensperger did not respond to a request for comment in time for publication.

Among the fellow Republicans reportedly questioning how Raffensperger managed the election in the state is Rep. Doug Collins, who ran for Senate but conceded the race, which will go to a runoff in January. Collins has been leading ballot recount efforts in the state and has amplified President Donald Trump’s claims about the recount process, which Trump has called “fake.”

The Fake recount going on in Georgia means nothing because they are not allowing signatures to be looked at and verified. Break the unconstitutional Consent Decree!

“We strengthened signature match. We helped train election officials on GBI signature match — which is confirmed twice before a ballot is ever cast. Failed candidate Doug Collins is a liar — but what’s new?” Raffensperger’s said in a Facebook post, according to the Post.

Trump has criticized Raffensperger’s handling of the election process, while Republican Georgia Senators Kelly Loeffler and David Perdue called for his resignation over an alleged “lack of transparency.” Loeffler is in the runoff against Democratic candidate Raphael Warnock.

The Trump campaign has leveled numerous accusations of voter fraud against Democrats in Georgia and other battleground states.

Following Collins’ call for a recount, Raffensperger ordered one Nov. 11, which began Friday. Although election officials have reportedly said that they expected to find evidence of fraud in the election, it would be unlikely that enough fraud occurred to flip the results in favor of Trump. He also said there’s no evidence that Dominion Voting System’s equipment was incorrectly counting votes, despite claims by Trump that the machines were causing inaccuracies.

Trump has suggested that the company “attempted to alter our election and got caught,” but an NYT county-by-county investigation found that the issues were caused by human error or merely caused a delay in reporting numbers, not a change in vote counts. The vast majority of counties in Michigan and Georgia that experienced issues on Election Day did not use Dominion voting systems.

Raffensperger has denied that the recount was happening due to the Trump campaign’s push for it, according to the Daily Beast.

“No, we’re doing this because it is really what makes the most sense for the national significance of this race and the closeness of this race,” he said.

At least 2,600 uncounted ballots were found Monday in Floyd County, Georgia, as the state continues a manual recount. The issue occurred due to an error by county election officials who didn’t upload votes from a memory card in a ballot scanning machine, per AJC.(RELATED: 2,600 Uncounted Votes Found In Georgia Recount, Human Error To Blame)