Every single American should want the recount process to play out so the states can properly certify the presidential election. We have had an election, but that certification hasn’t happened yet. The biggest problem we have in our country today is a lack of trust. The president’s supporters voted him into office in 2016 largely because they had lost faith in our country’s political leaders and institutions. You may agree or disagree with the merits of that motivation, but you can’t deny its reality. From Washington ignoring the opioid crisis until it ravaged huge numbers of families to its seeming lack of regard for the economic stagnation felt by too many of our citizens to the massive numbers of public servants that directly cash out of government and into the corporate influence business, the loss of faith in Washington has been driving a good share of our politics for years now.

This lack of trust is also driving many people online to pose as amateur election lawyers and election detectives. There are all sorts of theories being proposed. Luckily, for all our faults, our country still has a well-functioning court system where these issues can be adjudicated fairly. President Donald Trump also has his choice of top legal representation. He has asked for recounts in the states where he’s eligible for one. The vote was close but not close enough that it seems likely to change. Nonetheless, the president owes it to his voters to leave no stone unturned. Between that and his court cases, we will have results officially certified soon. That’s the way the system is supposed to work. Then everyone can calm down and move forward one way or another. We all should want that. Short-circuiting it and leaving a huge swath of America with even less faith in our process is in no one’s interest. (RELATED: Perdue, Ossoff Will Rematch In Georgia Senate Runoff)

While this process plays out, the importance of the two outstanding Senate seats in Georgia has increased dramatically. The Republicans have 50 seats in the Senate. If the Democrats win both Georgia races, then, including the two independents who always vote with them, Democrats would have a 50-50 Senate tie. Presumptive Vice President Kamala Harris would be the tie-breaking vote and would give the Democrats effective control over both the executive branch and the legislative branch. Every single American to the right of Alexandria Ocasio-Cortez should be worried about this outcome. 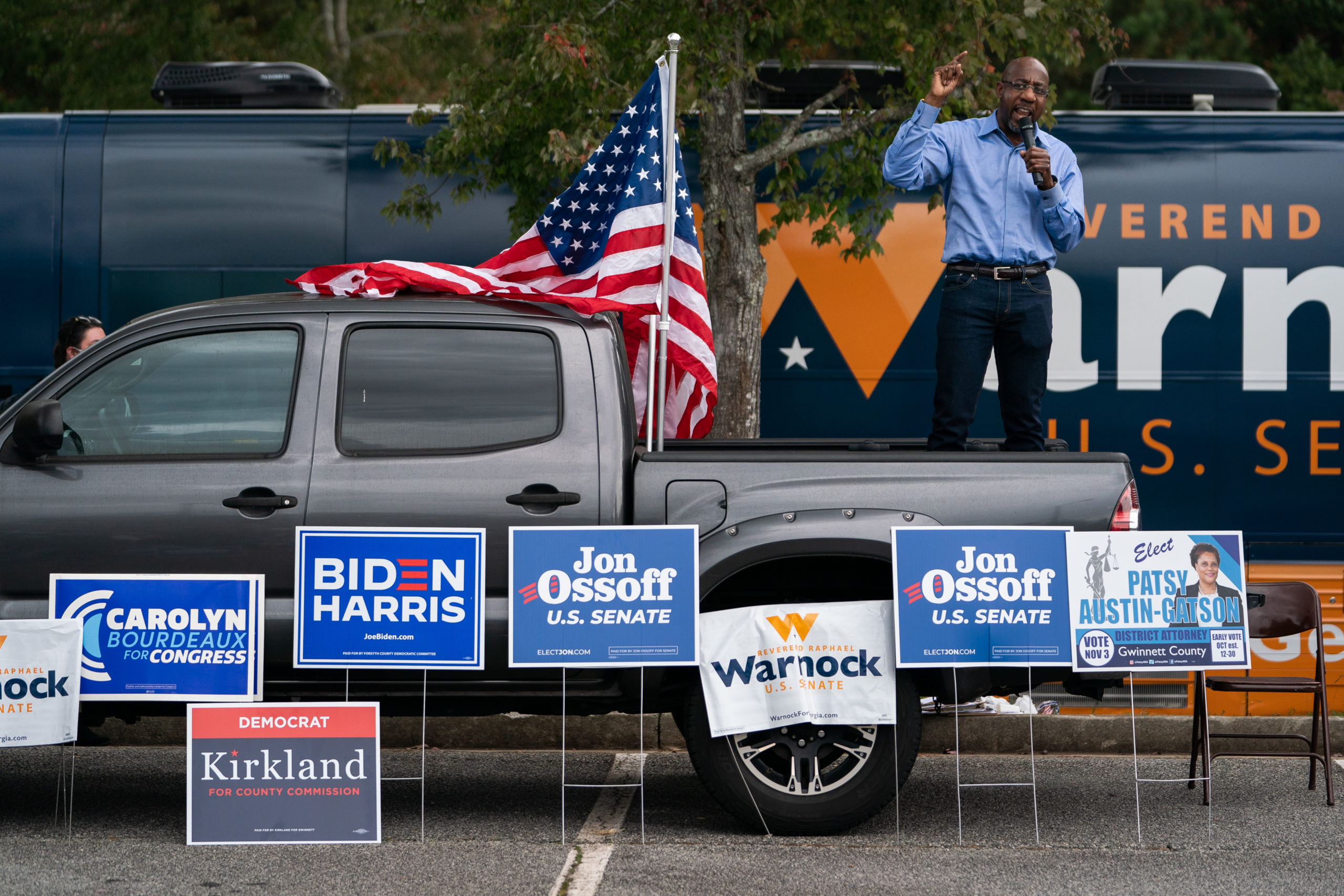 With control of the Senate in hand, left-wing Democrats will push to end the Senate filibuster. That’s not a far-out fantasy. Many powerful Democrats have announced this intention. Without the filibuster, House and Senate Democrats would be able to pass any laws they want without a single Republican vote. Are there moderate Democrats who would step forward to stop this train? Maybe. Are there any that have a long history of doing so and bucking their party? Not even a little bit.

What sorts of radical laws could we be dealing with in this worst-case scenario? Top Senate Democrat Chuck Schumer said it best: “Now we take Georgia; then we change America!” For those of us who don’t want radical left-wing change, that better be a wake-up call. In recent decades, the differences the right and left fight about have often been marginal. Debating a top tax rate of 35% versus 39% is not inconsequential, but it’s not existential either. That’s not the sort of thing the left is talking about these days. They are talking about structural changes to alter our system forever and a full march to the left in numerous policy areas.

On the structural side, Democrats have spent a great deal of time focusing on expanding the Supreme Court. Our founders wisely set up our three branches of government to share power and act as checks and balances against abuses of power from any one branch. Some Democrats want to erase those checks and balances. Expanding the Supreme Court to the point that it becomes a partisan Democratic blank check would change our system forever. (RELATED: What’s At Stake For Republicans In The Georgia Senate Races)

Next on the structural side would be adding states to the union. The Constitution allows new states to be created just like any other law is passed. With the filibuster out of the way, Democrats could add states such as Puerto Rico and Washington, D.C., thereby guaranteeing themselves four new Senate seats for the foreseeable future. They could even go further and divide up current Democrat-controlled states to create even more reliable Senate votes. How does North and South California grab you? Those new Senate seats would then serve as insulation to any voter backlash against a newly radical agenda. 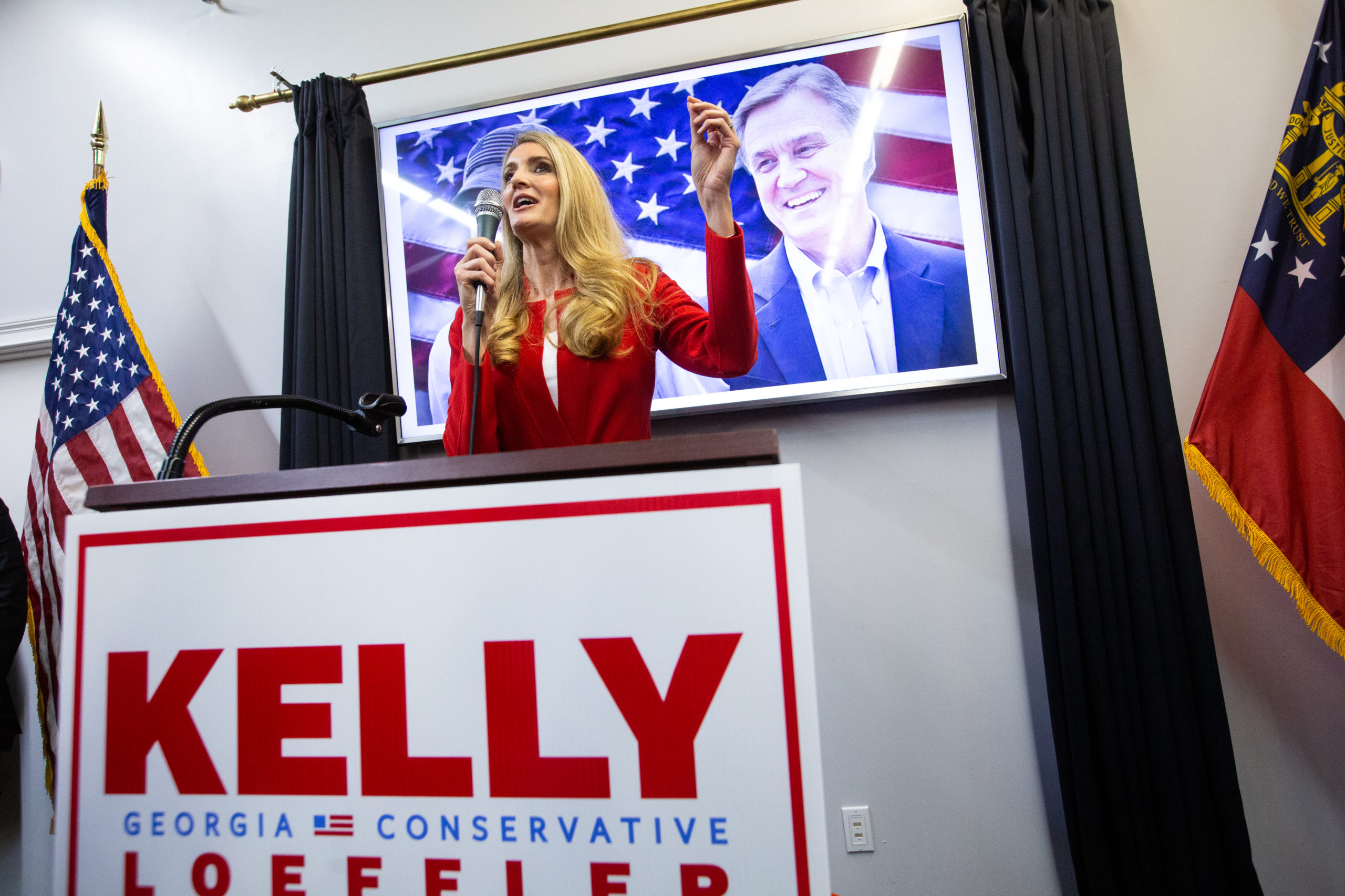 Once the Supreme Court rubber stamp and the new left-wing Senate votes are in place, the left can proceed with its new agenda. This agenda could include policies such as a Green New Deal to outlaw fossil fuels, a single-payer health care system and truly confiscatory tax rates.

Would a President Joe Biden stop all this? Maybe. He has said he wants to bring people together. These ideas would, of course, tear us apart. But Biden was squirrely on these issues during the campaign, so we cannot bank on him fighting the left to stop them.

Georgia used to be reliably Republican. Our current election proves that is no longer the case. You don’t have to be a conservative Republican to worry about the direction we could go with single-party rule. Moderates of all stripes have reason to worry right now. There’s an appetite for radical change. The voters of Georgia are all that may stand in the way.