The largest U.S. federation of unions, which has considerable political power, has reportedly become starkly divided on who to endorse for President-elect Joe Biden’s eventual labor secretary appointment.

American Federation of Labor and Congress of Industrial Organizations (AFL-CIO) leaders are split between endorsing Boston Mayor Marty Walsh and Michigan Democratic Rep. Andy Levin, who are both former labor organizers, Politico reported. The division within the federation, comprised of 55 unions and 12.5 million members, over who to endorse reportedly led its political committee to avoid the topic during a Friday meeting where leaders were supposed to come to an agreement.

“A number of the presidents were sort of furious at the whole thing,” an anonymous person with knowledge of the federation’s meeting told Politico.

Meanwhile, several AFL-CIO affiliated unions have thrown their weight behind Walsh or Levin, according to Politico. (RELATED: ‘Expansive Power’: Here’s Who Progressives Want To See In Joe Biden’s Cabinet) 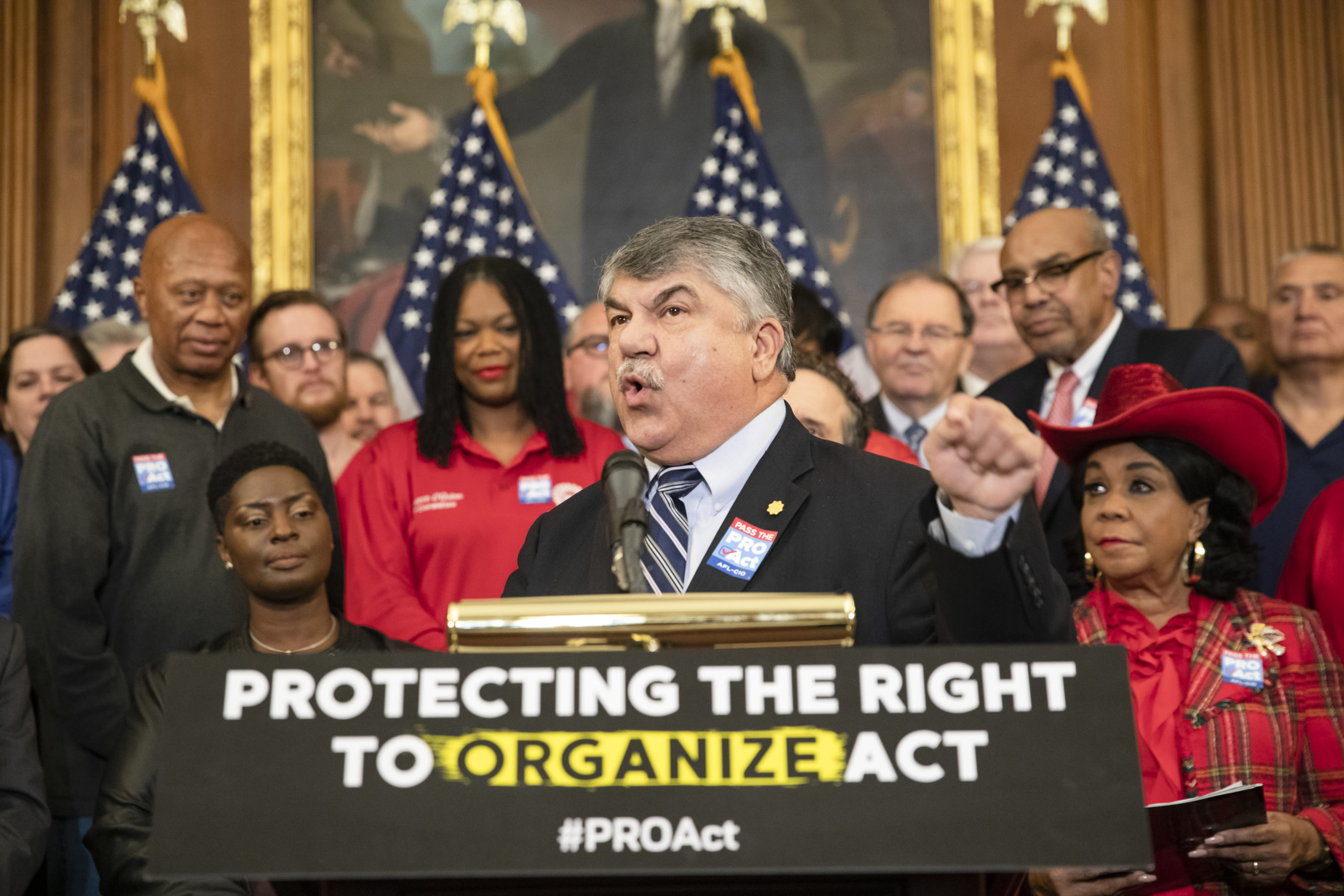 Richard Trumka, President of the AFL-CIO, speaks during a press conference advocating for the passage of the Protecting the Right to Organize Act on Feb. 5 in Washington, D.C. (Samuel Corum/Getty Images)

AFL-CIO President Richard Trumka said Walsh would be a “great choice,” but stopped short of endorsing him, according to Politico. Trumka also stressed that he believes organized labor will rally behind any person that President-elect Joe Biden chooses for labor secretary.

“Once the nomination is made, everyone will get on the same page,” Trumka said, according to Politico. “Because I have no doubt that the person Joe Biden will name will be an effective friend of workers and do right by working people.”

The Sunrise Movement and Justice Democrats, two leading progressive groups, put Levin on their shortlist of people they would like in a Biden administration. Walsh didn’t make the list.

Regardless of who Biden ultimately taps to lead the Labor Department, union leaders have expressed excitement that a union resurgence could take place over the next four years.

“Joe Biden, regardless of what happens in the Senate, has the opportunity to be one of the most consequential presidents of our time because of the moment that we’re in and who he is,” American Federation of Teachers president Randi Weingarten said, NBC News reported.

Trumka added that he believes Biden will be the “most pro-worker president we’ve ever seen,” according to NBC News.