One of the first officials President-elect Joe Biden picked to serve in his White House helped spearhead efforts two decades ago to normalize trade relations with China, a move which studies have found led to the loss of millions of manufacturing jobs in the U.S.

Clinton credited Ricchetti for leading negotiations with Congress in 2000 to pass a bill that established so-called Permanent Normal Trade Relations (PNTR) between China and the U.S. The bill also paved the way for China to join the World Trade Organization, which opened the communist regime’s historically closed-off economy to the West. (RELATED: Trump Hits Back At China With 30% Tariff)

Ricchetti served as liaison between the Clinton White House and Congress to wrangle votes in support of PNTR, which faced heavy opposition from Democrats.

He said that Ricchetti would work closely with then-Secretary of Commerce William Daley to gain legislative support for the measure.

“Our products will gain better access to China’s market in every sector from agriculture to telecommunications to automobiles,” Clinton continued, adding that China would gain “no new market access to the United States.”

Critics of PNTR doubted China would comply with the trade agreement. They also predicted that PNTR would lead to job losses in the U.S.

“On the basis of trade alone there is enough reason to oppose PNTR at this time,” Nancy Pelosi, the current speaker of the House, said in a statement on April 19, 2000.

“China has violated every trade agreement it has made with the U.S. over the last ten years,” Pelosi said.

Ricchetti’s whip effort succeeded despite resistance in his own party.

PNTR has come under intense scrutiny in the two decades since its passage, due in large part to China’s meteoric economic rise and the perception of heavy U.S. manufacturing job losses.

One widely-cited study from a pair of Yale researchers found that PNTR caused a “sharp drop” in the number of U.S. manufacturing jobs. 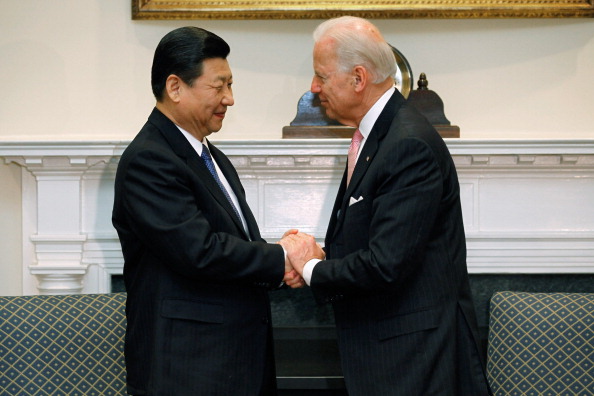 “In this paper, we find a link between this sharp decline and the U.S. granting of Permanent Normal Trade Relations (PNTR) to China.”

Progressive Democrats have assailed PNTR since its passage, while a growing number of Republicans have turned hawkish on trade with China.

Vermont Sen. Bernie Sanders, who was Biden’s top competitor in the Democratic presidential primaries, introduced legislation on Feb. 9, 2005, when he served in the House, to repeal PNTR.

Sanders said in a House floor speech that the PNTR had been an “absolute failure” for U.S. trade policy.

He asserted that the U.S. trade deficit with China had increased 50% and that 2.7 million manufacturing jobs in the U.S. had been lost in the four-plus years after PNTR’s passage.

“The word has got to go out loud and clear to companies like Walmart, GE, GM, IBM and dozens more, as well as the U.S. Chamber of Commerce, that they cannot keep sending America’s future to China,” Sanders said.

Biden has provided little insight into his plans for trade relations with China during his administration, saying only that he will consult with labor leaders and environmental groups when developing trade policy.

“We’re going to invest in American workers and make them more competitive,” he said on Monday.

Biden is expected to be far less hawkish on China than President Donald Trump has been.

The Trump administration has enacted hundreds of billions of dollars of tariffs on Chinese goods, placed sanctions on Chinese companies and blocked some from purchasing American technology products.

President Barack Obama acknowledged in an interview this week that he should have done more to confront China.

“I didn’t come into office as a knee-jerk anti-trade guy, but if you looked at the facts, China consistently ran mercantilist policies that violated international trade rules to help build up their economy from the late ’80s through today,” Obama said in an interview with The Atlantic.

He defended his administration’s inaction against Beijing because of the financial crisis underway when he took office.

“I actually think that it is entirely legitimate to push China much harder on trade issues.”