President-elect Joe Biden’s team is denying a report from The New York Times that claimed he is pushing Democratic leaders to lower their price tag on another coronavirus stimulus package.

“This is incorrect,” Biden spokesman Andrews Bates stated in a statement Monday morning. “The President-elect fully supports the Speaker and Leader in their negotiations.”

The report, originally published Sunday, claimed that the Biden team is pressuring Democrats in Congress to make a deal with Senate Rpeublicans, even if that means getting a smaller relief package than Democrats originally wanted, citing sources familiar with the negotiations. (RELATED: Biden Meets With Pelosi, Schumer For First Time Since Election) 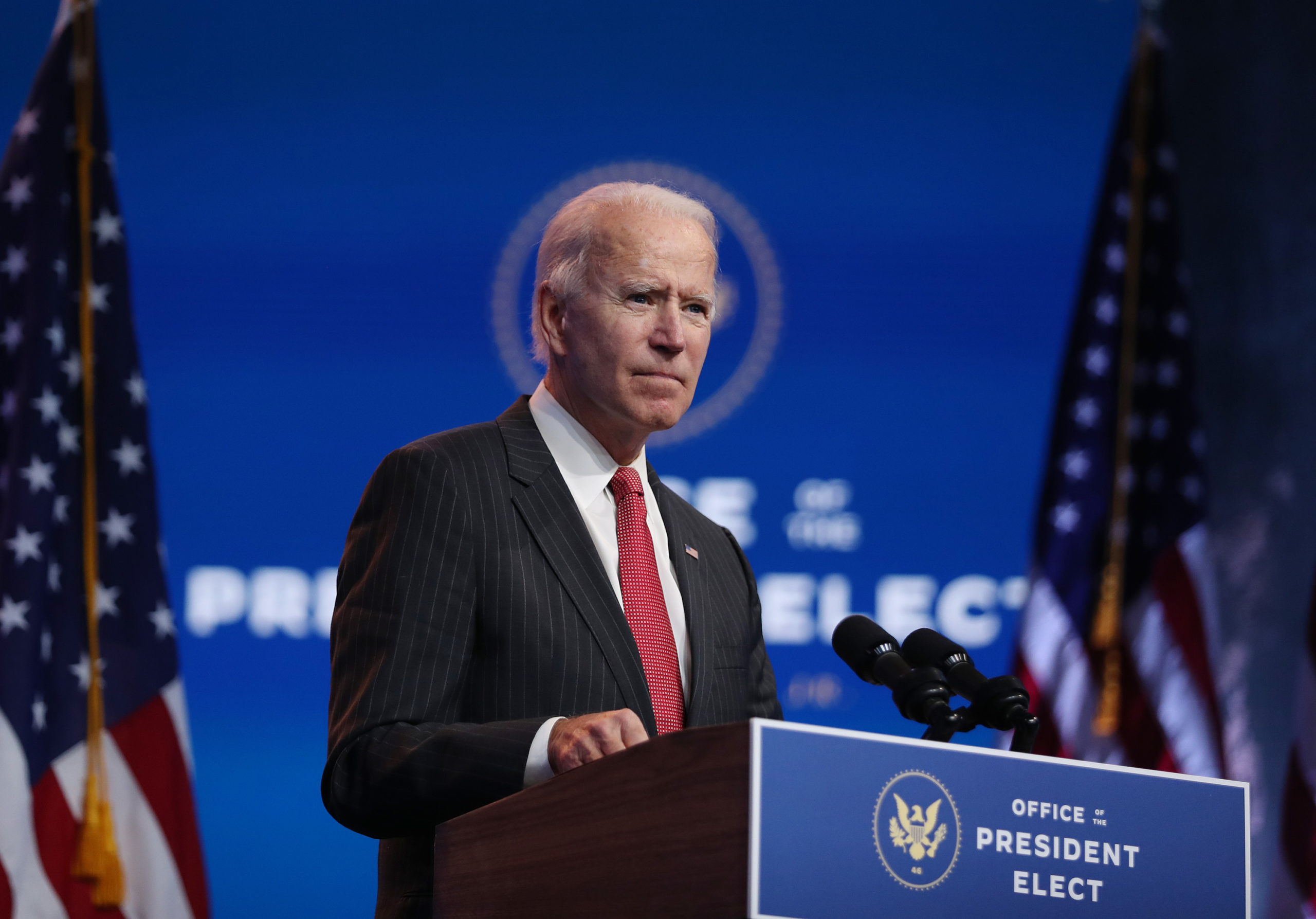 WILMINGTON, DELAWARE – NOVEMBER 19: U.S. President-elect Joe Biden speaks as he addresses the media after a virtual meeting with the National Governors Association’s executive committee at the Queen Theater on November 19, 2020 in Wilmington, Delaware. (Photo by Joe Raedle/Getty Images)

The piece also claimed that Biden is weighing several different options of passing along a new tranche of coronavirus relief to Americans, including writing it directly into his full budget proposal and renewing programs started by the Trump administration via executive authority.

Biden met with House Speaker Nancy Pelosi and Senate Minority Leader Chuck Schumer in Delaware on Friday to discuss the package in addition to the ongoing transition process.

“There needs to be emergency assistance and aid during the lame-duck session to help families, to help small business,” transition team spokesperson Jen Psaki said Friday ahead of the meeting. “There’s no more room for delay, and we need to move forward as quickly as possible.”

Senate Majority Mitch McConnell has also called for another compromised stimulus package but has rejected the more than $2 trillion price tag requested by Pelosi and Schumer.

“We want to reach agreement on all the areas where compromise is well within reach, send hundreds of billions of dollars to urgent and uncontroversial programs, and let Washington argue over the rest later,” he said in a recent speech on the Senate floor. “By playing all-or-nothing hardball with a proposal this radical, our colleagues have thus far guaranteed that American workers and families get nothing at all.”