Retired Army Gen. Lloyd Austin, who President-elect Joe Biden selected as his secretary of defense, was accused during the Obama administration of downplaying the threat posed by ISIS, allegations Austin vehemently denied at the time but could be a roadblock to his Senate confirmation.

The allegations stem from Austin’s tenure as commander of U.S. Central Command (CENTCOM), which directed U.S. military operations in the Middle East against the Islamic State.

A Defense Department inspector general’s report released on Jan. 31, 2017, cited witnesses who claimed that Austin did not like to receive bad news about ISIS and that he painted a “rosier” picture of the fight against the terror group than was warranted. (RELATED: Joe Biden Picks Gen. Lloyd Austin As Pentagon Chief)

Austin, who retired from the military on March 30, 2016, emphatically denied allegations laid out in the IG report. Two officers who worked under Austin also disputed the claims in interviews with the IG.

“GEN Austin denied the allegations, stating that he had no knowledge ‘of anybody trying
to downplay or rosy up intelligence,'” the report said. 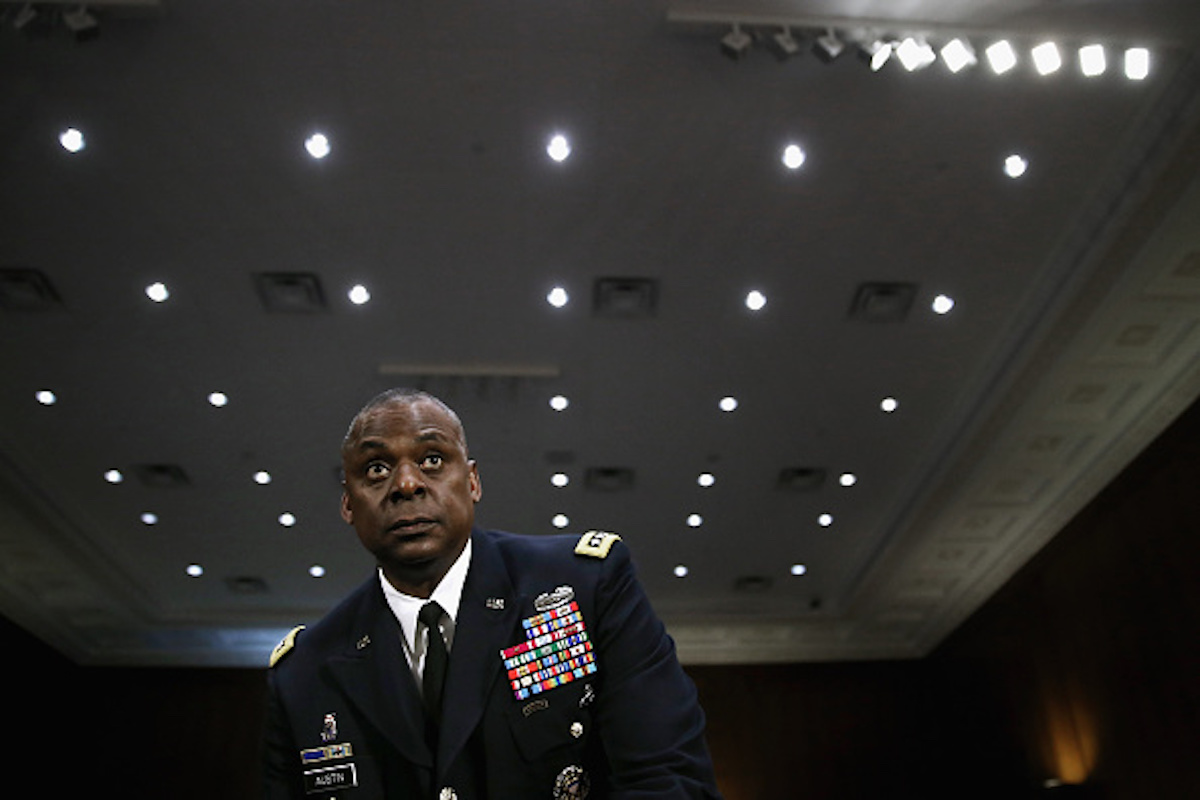 “You’re not going to win if you don’t have the right information. So rosying up that doesn’t help us be successful in this fight,” Austin told Pentagon investigators, according to the IG report.

Austin, 67, also allegedly downplayed the ISIS threat in briefings to the Obama White House. According to a 2016 Atlantic story, Obama administration officials said Austin told the White House that ISIS was “a flash in the pan.”

Austin’s comments to President Barack Obama shaped the president’s now-infamous comment that ISIS was akin to a “jayvee” basketball team, the officials told The Atlantic at the time.

ISIS expanded aggressively in the months after Obama’s remarks, taking control of vast swaths of Syria and Iraq, while building an online network of sympathizers around the globe.

A spokesman for Austin told The Atlantic at the time that “at no time” did Austin “ever consider ISIL a ‘flash in the pan’ phenomenon.”

The IG report also cited an unidentified witness who said that Austin remarked at a commander’s conference held in Qatar from Oct. 22-24, 2014, that while he was confident the U.S. would “win this fight” against ISIS, “we have to manage the narrative.”

Notes taken by CENTCOM’s historian reflect that Austin “emphasized the importance of keeping the
narrative in the right place as the narrative on the counter-ISIL campaign was beginning to spin out of control.”

The IG ultimately found no evidence that military leaders, including Austin, fabricated or distorted intelligence regarding ISIS.

Austin could face an uphill battle in his Senate confirmation for reasons other than his views on ISIS.

Several Democratic senators have said they oppose granting a waiver to bypass a law that requires secretaries of defense to have been out of service for at least seven years.

The Senate voted overwhelmingly in 2017 to approve a waiver for James Matttis, who preceded Austin at CENTCOM, to serve as Trump’s defense secretary.

The Biden transition team did not respond to a request for comment about Austin’s previous remarks.

Biden defended Austin in an essay for The Atlantic published Tuesday. In the piece, Biden said that he and Obama “turned to Austin” for advice on confronting ISIS.

“He designed and executed the campaign that ultimately beat back ISIS, helping to build a coalition of partners and allies from more than 70 countries who worked together to overcome a common enemy,” Biden wrote.