A school board in Falls Church, Virginia, voted unanimously Tuesday to rename Thomas Jefferson Elementary School and George Mason High School over concerns that the names were harmful to members of the community.

Despite an October survey that found 56% of the parents, staff members, students, and community members who were polled were in opposition to the name change, the school board voted 7 – 0 in favor of changing the names. School Board Chair Greg Anderson said that the board listened to members of the community when making their decision. (RELATED: San Francisco To Rename Schools Whose Names May Be ‘Inappropriate,’ Including Schools Named After Washington, Jefferson And Lincoln)

“The Board took seriously the viewpoints and concerns raised by many students, parents, staff, and community members,” Anderson said in a press release.  “We thank everyone who shared their perspectives with us and will be mindful of your comments as we now begin selecting names that reflect the diversity of opinions in our community. Our schools must be places where all students, staff, and community members feel safe, supported, and inspired.” 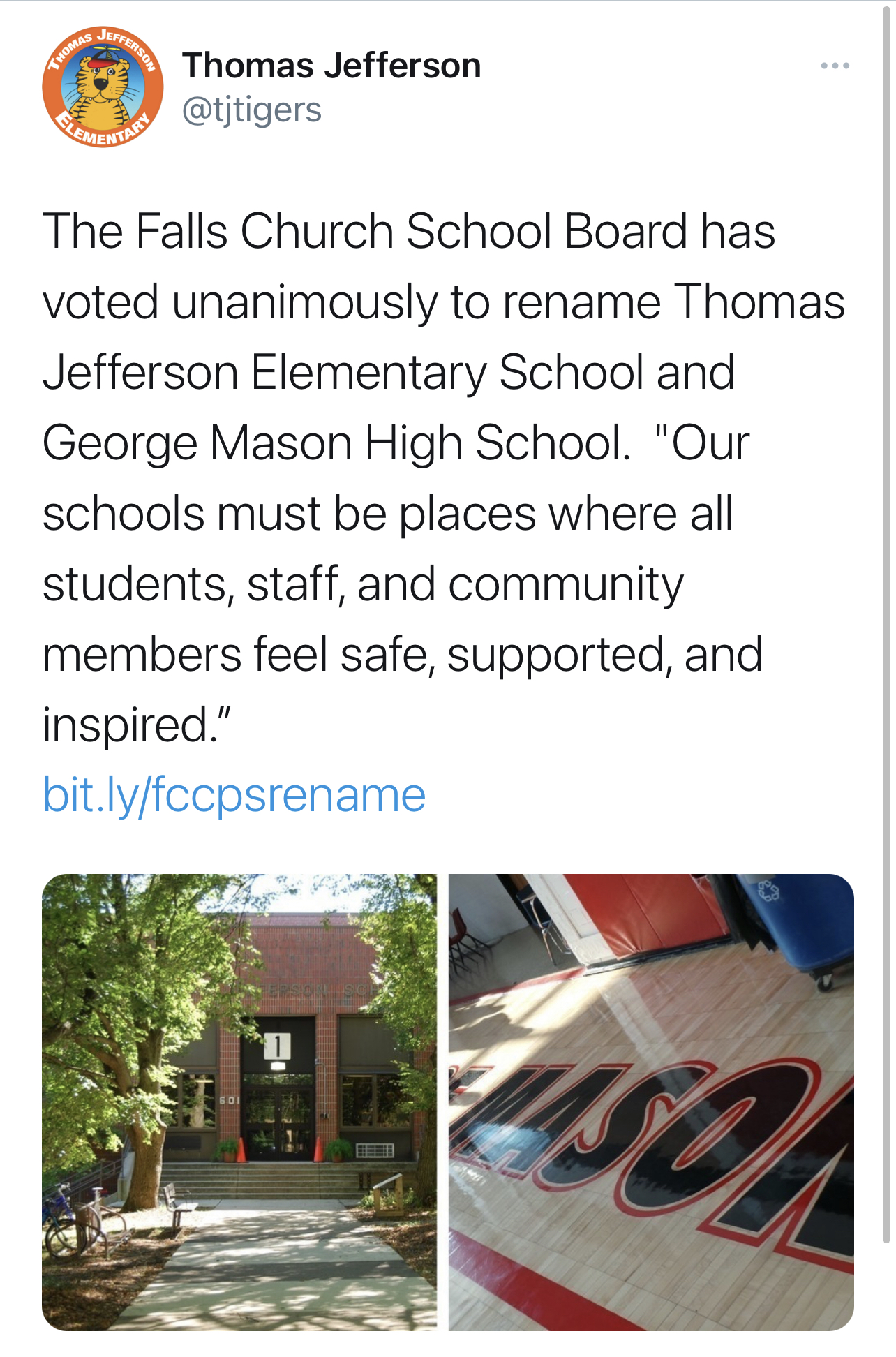 According to the survey, the most common reasons given for why the names should be changed were that Thomas Jefferson owned slaves, to demonstrate the school’s responsiveness to the social climate and demonstrate that they were “moving forward,” and to name the schools “after individuals who better reflect the values of the Falls Church community.”

Those who didn’t want the names changed said that “both George Mason and Thomas Jefferson were Founding Fathers who made significant contributions to the founding of both Virginia and the United States of America.” They were also concerned that changing the names would erase history, remove the opportunity for students to learn from past mistakes, and use resources “that could be better allocated to enhancing students’ educational experience.”