Biden, who is set to be inaugurated on Jan. 20, has said he plans to end the sale of so-called “assault weapons” and “high-capacity magazines” in addition to instituting red flag legislation and ending liability protections for gun manufacturers and sellers, according to his campaign website. The former vice president’s gun control plan, coupled with his slew of cabinet picks that seem to share his views on the issue, has pro-Second Amendment groups on edge.

“We’re going to be fighting for our rights continuously over the next four years no doubt about it,” senior vice president of the Gun Owners of America Erich Pratt told the DCNF. “And a lot of this is going to be in Congress and a lot of it in the courts because if and when Biden is inaugurated, he’s going to try to do a lot from executive action.”

California Attorney General Xavier Becerra was tapped by Biden last week to lead the Department of Health and Human Services, according to the New York Times. The AG was quoted in 2019 court filing arguing that AR-15s are “not in common use for lawful purposes like self defense.”

“Assault rifles may be banned because they are, like the M-16, ‘weapons that are most useful in military service’’; and ‘they are also not ‘in common use’ for lawful purposes like self-defense,’” Becerra wrote in a court case titled Rupp v. Becerra, which challenged California’s prohibition of certain semi-automatic long guns. 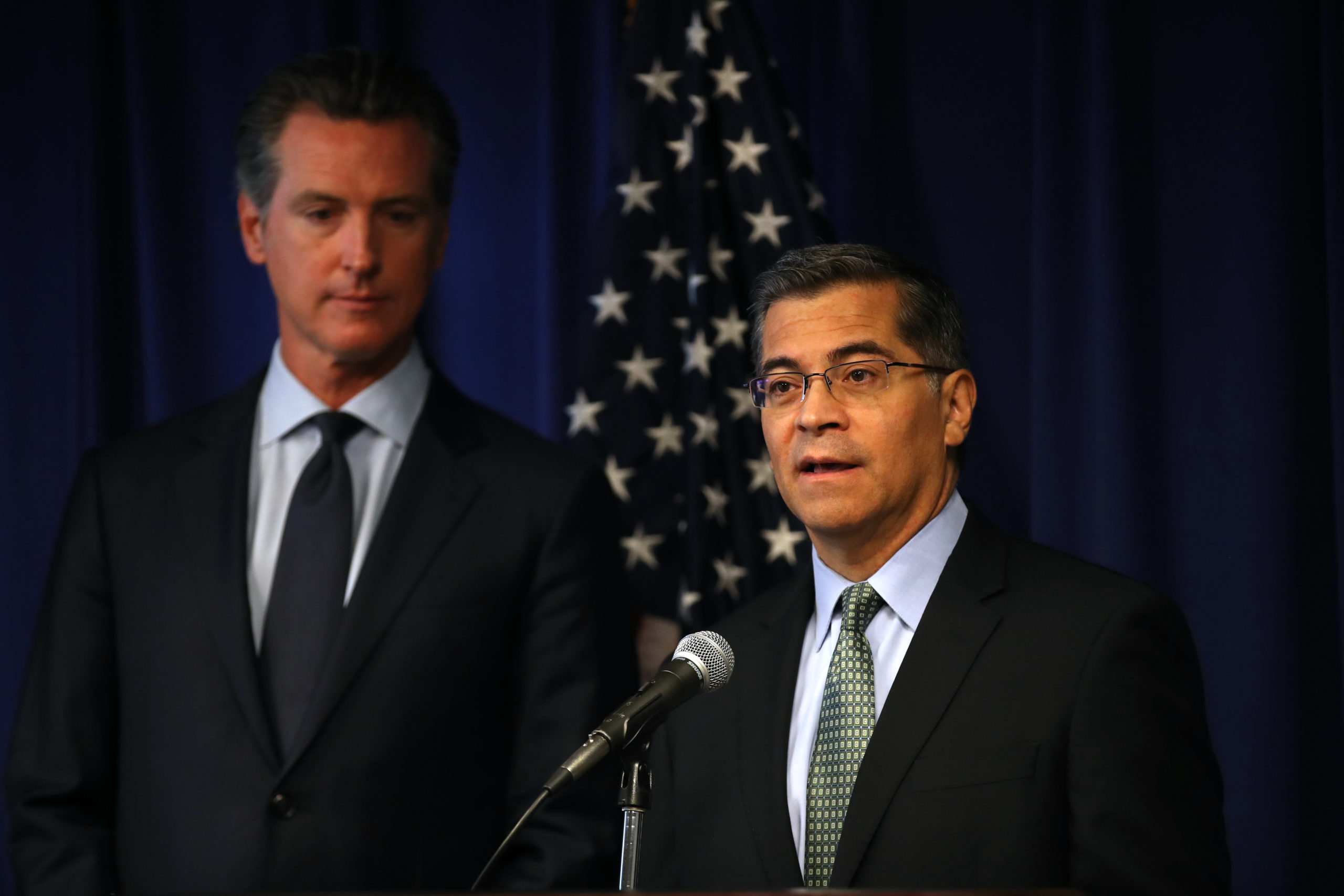 Executive Director of Gun Owners of California Sam Paredes, who fought Becerra’s policies firsthand, called the AG the “most anti-gun” prosecutor his state has had in recent memory. (RELATED: Biden’s HHS Pick Thinks AR-15s Are ‘Not In Common Use For Self Defense’)

“He has been the absolute most anti-gun, anti-Second Amendment, anti-Constitutional AG that we’ve had in a very long time,” Paredes told the DCNF. “It’s hard to compare him to anyone else, and I wouldn’t characterize him as liberal, I’d characterize him as radical.”

Dr. Vivek Murty, who served in former President Barack Obama’s administration, was reportedly nominated by Biden to take up the role of the country’s Surgeon General on Dec. 7, according to CNN. Murty, an American physician, criticized the National Rifle Association (NRA) and likened gun control to a “health care issue,” in a 2012 tweet.

Everytown For Gun Safety, a prominent pro-gun control group, applauded the nomination of both Murty and Becerra by the incoming Biden administration. The group called the pair “proven gun sense champions,” in an early December press release.

“Attorney General Xavier Becerra and Dr. Vivek Murthy are both proven gun sense champions who will help lead the Biden administration’s effort to treat gun violence like the public health emergency it is,” Everytown for Gun Safety President John Feinblatt said in the release.

“America is facing down two intertwined crises right now — Covid and gun violence — and Attorney General Becerra and Dr. Murthy understand that we need to tackle both at the same time.”

Former Obama-era security adviser Susan Rice was tapped for the top domestic policy role in Biden’s administration, Politico reported last week. Rice appeared in a June interview with both Everytown For Gun Safety and Moms Demand Action to discuss firearms law and racial justice unrest that was prevalent at the time.

“[Biden has] taken on the NRA twice and won,” Rice said in the interview with Moms Demand Action founder Shannon Watts. “When he served with President Obama in the Obama-Biden administration, we implemented over two dozen reforms that put curbs on access to guns, but we need legislation, we need leadership in Joe Biden that understands and is passionate about these issues.”

Rice advocated for laws including “universal background checks, the enactment of a new violence against women act, with a permanent and comprehensive ‘assault weapons’ ban, and a ban on ‘high capacity magazines’ that will work to buy back those assault weapons that are out there and ensure that those that remain are fully registered,” she said. 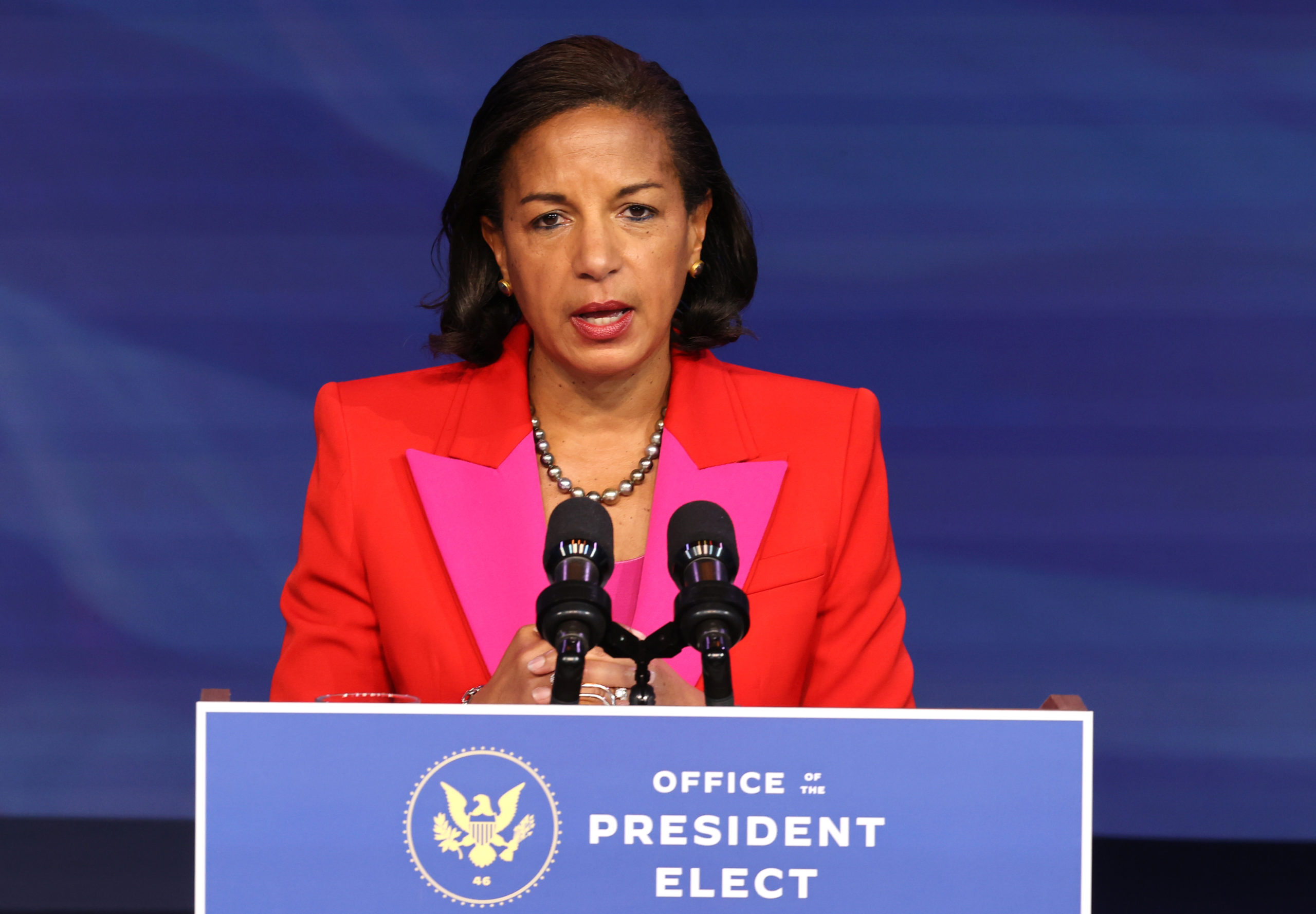 Rice also went on to say it’s “unthinkable” and “outrageous” that such reforms have not been passed to date.

“It’s unthinkable to me that even though the vast majority of Americans favor common sense gun restrictions, universal background checks, bans on ‘assault weapons’, and we have a very powerful lobby that has effectively prevented so much of that from being enacted,” she said. “It’s absolutely outrageous. It makes me as angry as anything.”

Former South Bend Mayor and Democratic presidential candidate Pete Buttigieg was selected to head Biden’s Department of Transportation, according to Tuesday CNN report. Buttigieg, who is said to be the first gay Senate-approved cabinet secretary, repeatedly called for a prohibition on “assault weapons” while on the campaign trail in 2019.

“We need a nationwide licensing and registration system, but that’s not nearly enough,” he wrote in a tweet. “We must implement universal background checks, ban military-style ‘assault weapons’ and ‘high-capacity magazines’, and hold the gun industry accountable.”

We need a nationwide licensing and registration system, but that’s not nearly enough. We must implement universal background checks, ban military-style assault weapons and high-capacity magazines, and hold the gun industry accountable. https://t.co/Dom53gRZ2w

The former mayor echoed these statements in an interview with CNN’s Jake Tapper in August of 2019.

“Let’s start by banning new sales of these [‘assault] weapons’, then we can figure out other mechanisms to reduce the number that are circulating out there,” he told Tapper.

Pete Buttigieg discusses his new gun control plan that includes an assault weapons ban: “Let’s start by banning new sales of these weapons, then we can figure out other mechanisms to reduce the number that are circulating out there” https://t.co/9nOerj35wd pic.twitter.com/T27q2p8mPl

“It’s time for a call to action, everybody, people,” Granholm said on her TV show at the time, according to the local outlet. “I’m just sick of this garbage too. You should be as well. We can not stand idly by. We can sit and complain about what those darn politicians are doing, or say words, or we can do something.”

“But, we can not wait for the politicians. Do not wait. You live in a state with an initiative process, you can organize, you can gather the signatures, you can use democracy to your advantage.”

“If Tom Mauser can do it, if Colorado can do it, so can you,” she said, according to the local outlet.

The former Michigan governor also argued that Americans should not have access to armor-piercing ammunition in a 2013 ABC appearance with former Republican Pennsylvania Sen. Rick Santorum,” according to Think Progress.

Santorum replied, “Because we’re talking about a particular type of bullet that is and can be available —”