California Attorney General Xavier Becerra, President-elect Joe Biden’s pick to lead the Department of Health and Human Services, said AR-15s are akin to military-grade weapons and not useful for self defense in a 2019 court filing.

The AG’s statements were included in a court case that challenged California’s gun ban titled Rupp v. Becerra, in which multiple state residents sued government officials to overturn the prohibition of certain semi-automatic firearms. Becerra, an advocate for the Affordable Care Act, was announced as Biden’s pick to lead HHS Sunday, according to the New York Times.

“Assault rifles may be banned because they are, like the M-16, ‘weapons that are most useful in military service’’; and ‘they are also not ‘in common use’ for lawful purposes like self-defense,'” Becerra wrote in defense of California’s weapon ban.

The AG also argued, citing Kolbe v. Hogan, a prominent gun case, that an M-16, a military rifle capable of firing fully automatic, is less lethal than an AR-15, which is incapable of transitioning to fully automatic fire, the court document read. Becerra also presented an argument from the Brady Center to Prevent Gun Violence which alleged that “assault weapons” possess “no legitimate civilian purpose.” 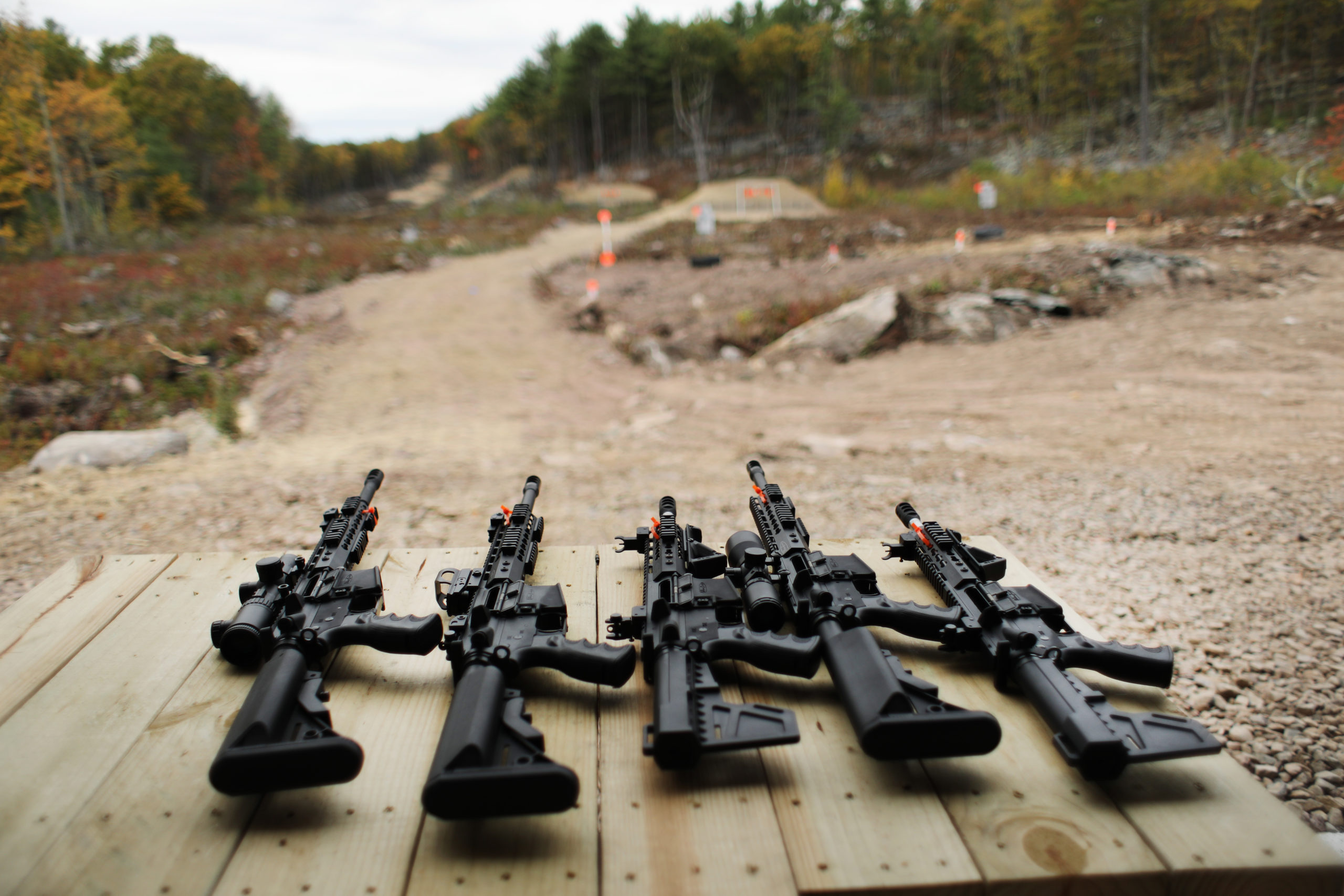 AR-15 rifles and other weapons are displayed on a table at a shooting range during the “Rod of Iron Freedom Festival” on October 12, 2019 in Greeley, Pennsylvania (Spencer Platt/Getty Images).

The National Shooting Sports Foundation estimates nearly 20 million rifles that may be classified as “assault weapons” by the state of California have been in circulation in the U.S. since 1990, according to a report.

Becerra also teamed up with Giffords Law Center, a prominent anti-Second Amendment group, and filed a lawsuit against President Donald Trump’s administration to demand the Bureau of Alcohol, Tobacco and Firearms (ATF) “correct its interpretation of what qualifies as a firearm,” according to a late September press release.

The lawsuit sought to effectively ban 80% receivers, which are unfinished firearm components that are not classified as complete guns in the eyes of the ATF. The AG referred to the unfinished components as “ghost guns.”

“Ghost guns are untraceable weapons that have been used in mass shootings throughout the country and right here in California — from Santa Monica in 2013, to Tehama County in 2017, and at Saugus High School just last year,” Becerra said in the release. “We can’t afford to wait for another tragedy to happen before we take action. It’s time for ATF to prioritize the safety of our communities by calling these products what they are: firearms, and regulating them accordingly.”