David Kamin, a former economic policy advisor to the Obama White House, and Bharat Ramamurti, a managing director of the Roosevelt Institute and a longtime aide to Democratic Massachusetts Sen. Elizabeth Warren, will serve as Biden’s deputy NEC directors under director Brian Deese. Joelle Gamble, senior adviser at the Roosevelt Institute and an economic advisor on the Biden-Harris transition team, will also formally join the Biden administration as special assistant to the president for economic policy. (RELATED: Biden Welcomes Goldman Sachs Into The Fold) 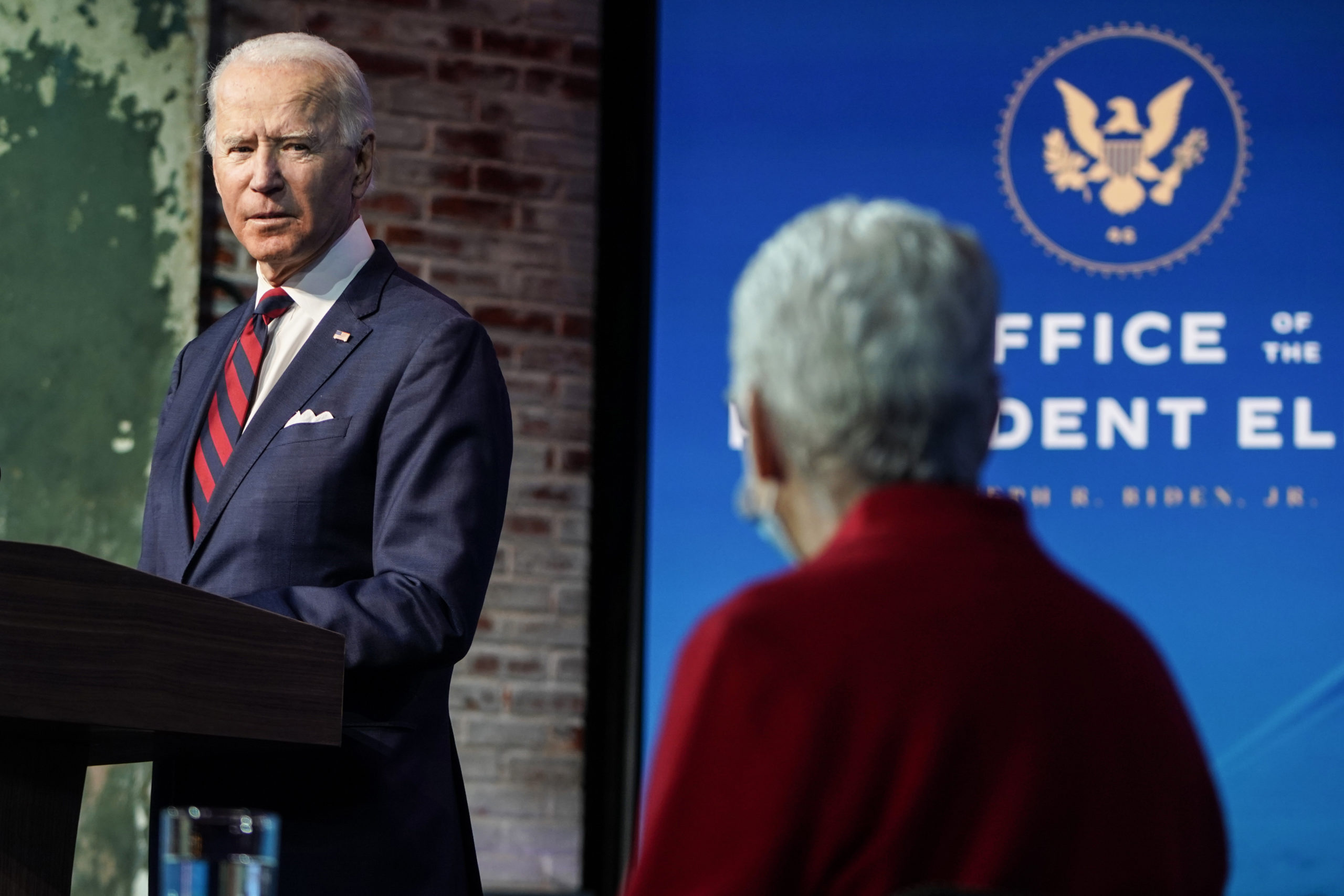 WILMINGTON, DE – DECEMBER 19: President-elect Joe Biden looks towards appointee for National Climate Advisor, Gina McCarthy, as he announces members of his climate and energy appointments at the Queen theater on December 19, 2020 in Wilmington, DE. Biden announced his climate and energy team that will advance an ambitious agenda to address issues of climate change. (Photo by Joshua Roberts/Getty Images)

“Working families are struggling through the deepest, most inequitable economic and jobs crisis in modern history,” Biden said in a statement accompanying the announcement. “This is no time to build back the way things were before — this is the moment to build a new American economy that works for all. Today’s appointees have broad viewpoints on how to build a stronger and more inclusive middle class. With their robust experience and qualifications, they will provide the needed voices to guide my administration in overcoming our nation’s unprecedented economic challenges.”

“President-elect Biden and Vice President-elect Harris share a bold agenda to build our nation back better than before for working families,” Biden’s White House chief of staff Ron Klain added. “These individuals join an impressive group of White House staff and advisors focused on making sure every American has a fair shot to pursue and achieve the American dream.”

Ramamurti’s selection is particularly noteworthy as the majority of Biden’s picks have strayed away from the progressive wing of the party, despite campaign promises to go further than any previous president on fiscal issues, including raising the federal minimum wage and canceling student loan debt.

The Wall Street Journal reported Monday morning that Ramamurti has served on the congressional panel in charge of oversight of coronavirus aid since April.