The two coronavirus vaccines that have been approved for emergency use authorization in the U.S. will be able to combat a new, more contagious strain of the virus in the U.K., experts said Monday.

Vaccines made by pharmaceutical companies Pfizer and Moderna will be effective against the new strain, which is “very similar” to previous strains at the genetic level, University of Washington’s Institute for Health Metrics and Evaluation affiliate assistant professor Vin Gupta told CNBC. The Food and Drug Administration has approved both vaccines for emergency use authorization after large-scale human trials showed efficacy of more than 90%.

“There is a strong belief here that the vaccine, as it exists today … will have effectiveness in warding off infection from this new strain in England, in addition to the old strain that we’ve been contending with for months now,” Gupta said, according to CNBC.

“The effectiveness of these vaccines in producing antibodies that can really attack and kill Covid-19 is extraordinary,” he continued. “I don’t expect these minor changes at the genetic level … to affect the vaccines’ performance in the near term.” (RELATED: Boris Johnson Cancels Christmas: No Gathering, Shopping As Coronavirus Cases Rise) 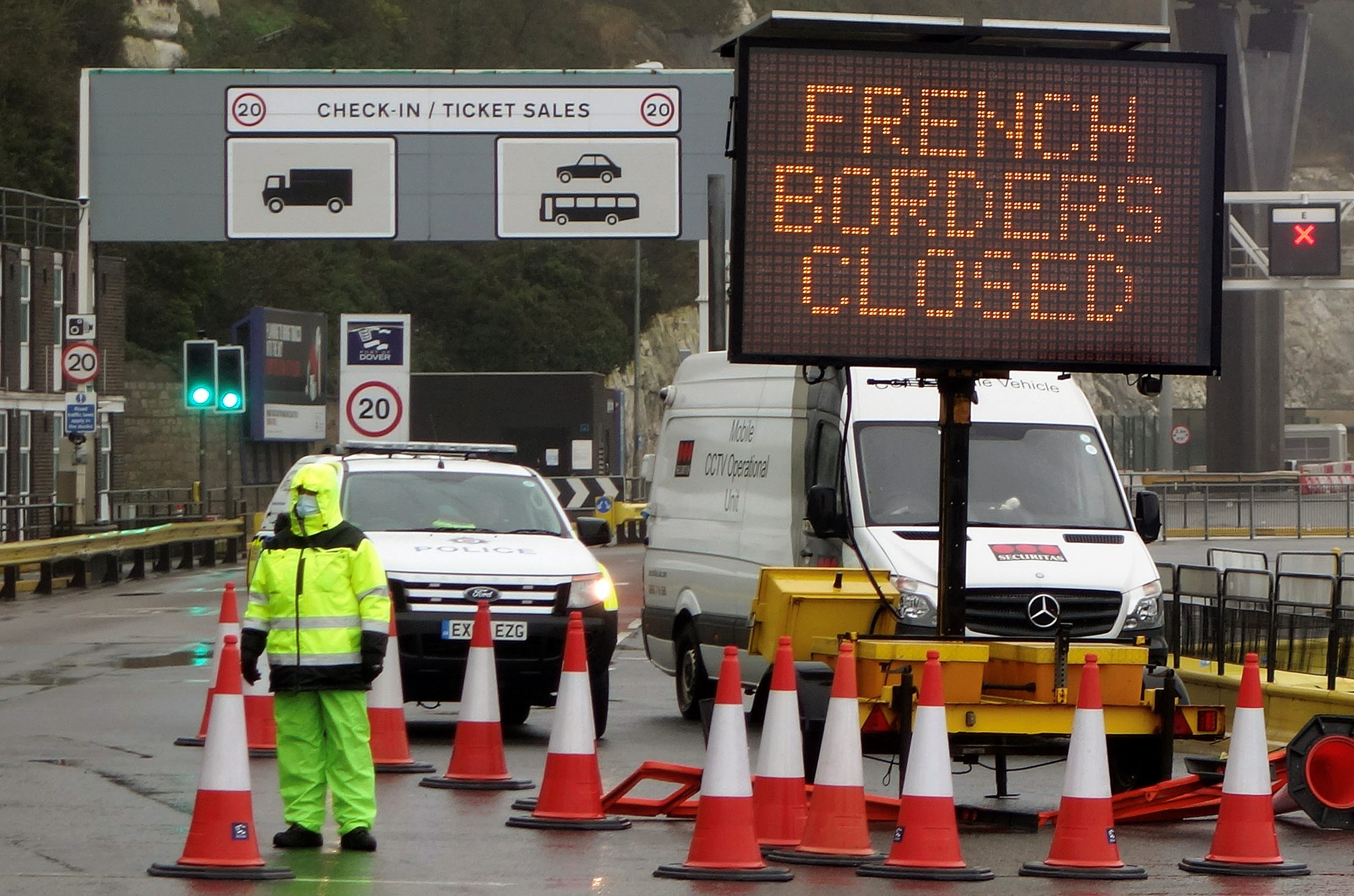 A sign alerts customers that the France closed its U.K. borders on Monday. (William Edwards/AFP via Getty Images)

European countries instituted various travel restrictions to the U.K. on Sunday after the British government announced the rapidly spreading new coronavirus strain. The U.K. informed the World Health Organization Saturday that the mutant strain of coronavirus could spread quicker than previous strains.

“Given this latest development it is now more vital than ever that the public continue to take action in their area to reduce transmission,” England Chief Medical Officer Professor Chris Whitty said in a statement Saturday.

Canada, Russia and India joined the many European countries that have banned travel to and from the U.K., according to The Guardian.

“There’s no reason to believe that the vaccines that have been developed will not be effective against [the new U.K. strain] as well,” Dr. Vivek Murthy, President-elect Joe Biden’s pick for surgeon general, said Sunday, according to CNBC.

The U.K. was among the first nations to begin inoculating the general public with the coronavirus vaccine. On Monday, the European Union approved the Pfizer vaccine for emergency use, according to NPR.