White House coronavirus task force coordinator Dr. Deborah Birx traveled to one of her vacation properties the day after Thanksgiving, despite the Centers for Disease Control and Prevention (CDC) warning Americans not to travel over the holiday.

Birx traveled to Fenwick Island in Delaware the day after Thanksgiving with three generations of her family who came from two different households, the Associated Press reported. Prior to traveling, Birx had told Americans that celebrations should only include “your immediate household.”

“Travel may increase your chance of getting and spreading COVID-19,” CDC’s guidelines for Thanksgiving read. “Postponing travel and staying home is the best way to protect yourself and others this year.” The guidelines also advised against having Thanksgiving with members of different households and recommended virtual gatherings. (RELATED: ‘She’s Not Some Distressed Damsel’: White House Denies CNN’s Report That Dr. Birx Is ‘Unhappy’)

The day after Thanksgiving, Deborah Birx, coordinator of the White House coronavirus response, traveled to one of her vacation properties on Fenwick Island in Delaware. She was accompanied by three generations of her family from two households. https://t.co/KUwA6ZVCzO

Birx acknowledged visiting her vacation property after the Associated Press report. During her approximately 50-hour visit, Birx said that while her family did eat a meal, she “did not go to Delaware for the purpose of celebrating Thanksgiving.” Instead, she claims that she traveled to Delaware to deal with the winterization of the property before potentially selling it, the Associated Press reported.

Although Birx said that those who were on the trip live in two different homes, she said in a statement that everyone there belongs to her “immediate household,” according to the report.

During an interview with CBS’ “Face The Nation,” which she conducted while in Delaware, Birx said that some people “went across the country or even into the next state” over Thanksgiving weekend, according to the Associated Press.

“Some people may have made mistakes over the Thanksgiving time period,” she said according to the report. Birx added that everyone should assume that they were infected with coronavirus if they traveled. (RELATED: These Governors Told Citizens To Stay Home. Then They Broke Their Own COVID Rules) 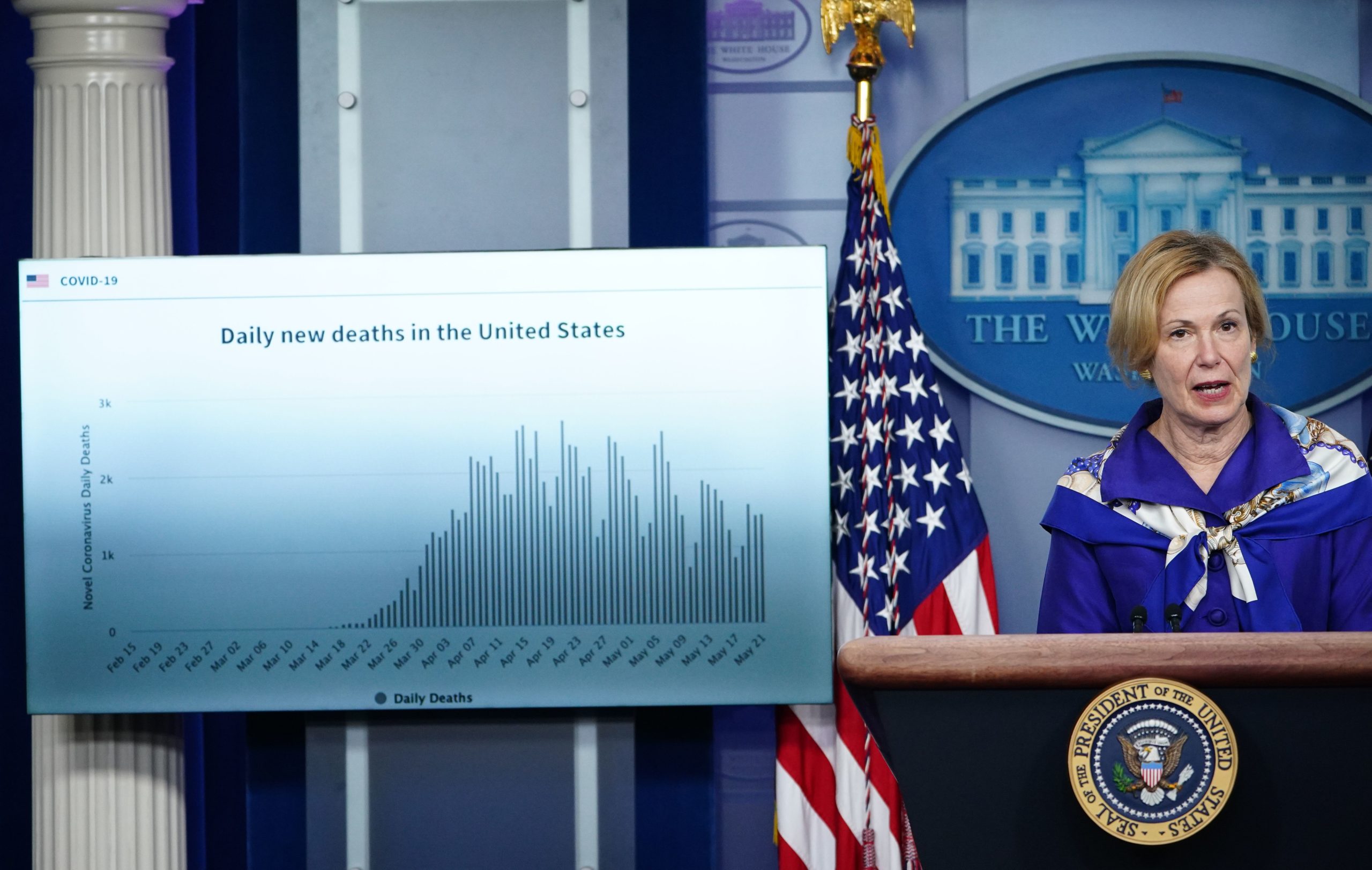 Response coordinator for White House Coronavirus Task Force Deborah Birx speaks to the press on May 22, 2020, in the Brady Briefing Room of the White House in Washington, DC. (Photo by Mandel Ngan/AFP via Getty Images)

In addition to a home in Washington owned by Birx and her husband Paige Reffe, Birx also has a home in nearby Potomac, Maryland, which she visits intermittently, according to the Associated Press. Her elderly parents, her daughter and her daughter’s family live in the Potomac house, and the children’s other grandmother, Margaret Flynn, regularly visits the Potomac home to provide child care and returns to her 92-year-old husband.

Birx called the Potomac home a “three-generation household (formerly four generations)” in a statement, but White House officials later included Birx as part of the home, referring to it as a four-generation household. Birx also said that she isn’t sure how often Flynn comes to visit the home and stated that she hasn’t seen her since the start of the pandemic.

“I did not go there,” Birx said of the Potomac home in April when explaining that she couldn’t visit when one of her grandchildren had a high fever. “You can’t take that kind of risk.”

Since then, she has continued to visit the Potomac home.

“To me this disqualifies her from any future government health position,” Dr. Angela Rasmussen, a virologist at the Georgetown Center for Global Health Science and Security, told the Associated Press. “It’s a terrible message for someone in public health to be sending to the American people.”