Several Democratic governors who pushed Americans to stay home or to forgo Thanksgiving celebrations with their families have been accused of violating their own coronavirus restrictions.

A plethora of lawmakers across the country have been caught flouting the coronavirus restrictions, attending protests and ignoring their own social distancing guidelines. The mayor of D.C. and the governor of New York traveled to “high risk” states, Democratic leaders in New York were photographed attending a mostly maskless birthday party, and the governor of California and mayor of Philadelphia were photographed on separate occasions ignoring their own state restrictions on dining.

These incidents sparked outrage across the country in the past week. Video footage posted Sunday showed Democratic New Jersey Gov. Phil Murphy confronted by two angry protestors who yelled at him and told him, “you are such a dick.” (RELATED: ‘You’re Such A D**k’: New Jersey Gov Confronted Eating Maskless Outside With His Family)

“How you doing? How you doing,” a woman asked the governor, who was dining outside without a mask, which is in accordance with New Jersey coronavirus restrictions. “You having fun with your family in the meantime? You’re having all kind of other bullshit going on at your house?”

Democratic New York Gov. Andrew Cuomo said during a radio interview Monday that his 89-year-old mother and two daughters, none of whom live with him, would attend Thanksgiving at his home, according to the Democrat and Chronicle.

“The current plan is my mom is going to come up and two of my girls, (that’s) the current plan,” Cuomo said. “But the plans change, but that’s my plan. But I’m going to work — I have a lot of work to do between now and Thanksgiving.”

Following backlash over Cuomo’s statements, Cuomo spokesman Richard Azzopardi told the Daily Caller News Foundation that “given the current circumstances with COVID, he will have to work through Thanksgiving and will not be seeing them.” 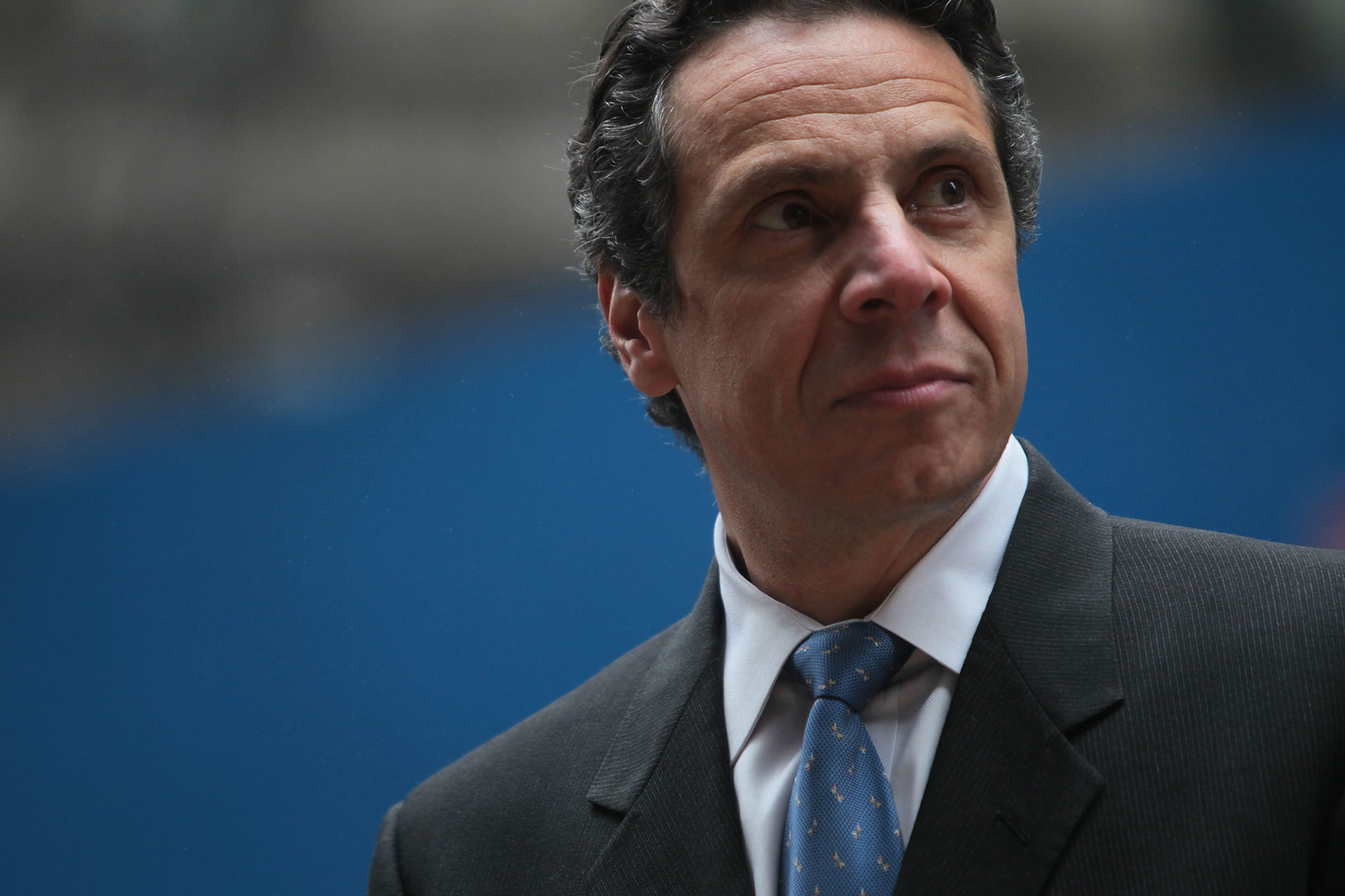 Though these Thanksgiving plans most likely comply with Cuomo’s order that no more than 10 people gather for Thanksgiving, the plans contradict the U.S. Centers for Disease Control and Prevention’s guidance that the “safest way to celebrate Thanksgiving is to celebrate at home with the people you live with,” the publication reported.

The plans also contradict Cuomo’s own advice to New Yorkers. The governor has frequently urged New Yorkers to abandon their normal holiday traditions and stay away from their loved ones for Thanksgiving. (RELATED: Here’s A Running List Of How Well Our Leaders Follow Their Own Coronavirus Restriction Rules)

“It’s your family, it’s your home, it’s your table, these are all environments where you feel safe and that is the beauty of Thanksgiving,” the governor said Thursday.”Your safe zone, it’s not a safe zone. Your safe zone is dangerous this year.”

“Please — love is sometimes doing what’s hard,” he said. “This year, if you love someone, it is smarter and better to stay away. As hard as that is to say, and hear, because if I had to predict, you’re going to see a significant spike post-Thanksgiving.”

Democratic California Gov. Gavin Newsom can be seen dining at the Michelin-starred restaurant French Laundry on the evening of November 6, according to photos obtained by Fox LA. The restaurant, located in California’s Napa Valley, is considered “the pinnacle of California dining” and has been ranked the best restaurant in the world numerous times, according to various outlets.

Newsom has said the restaurant was outdoors, but FoxLA reported that the room’s glass sliding doors had been closed, making the dinner party indoors. Newsom’s office did not respond to repeated requests for comment from the DCNF. (RELATED: New York Democratic Leaders Caught Maskless At Private Party Despite COVID Restrictions)

“While we were there we realized there was a very loud party going on in a room 20 feet from us,” the woman who took the photos told FoxLA. “It was a bit annoying since you’re spending hard-earned money to go there. It got louder and louder and so they had some sliding glass doors that they were able to close, so then it was a closed-off room but you could still hear them with how loud they were.”

Newsom has urged California residents to wear face masks “in between bites” at restaurants and announced last week that California is “pulling an emergency brake” and mandating the most restrictive tier of coronavirus restrictions for more than two dozen California counties. Los Angeles County also banned indoor dining as of Wednesday.

Newsom apologized Tuesday for attending the dinner party, calling it a “bad mistake” and saying that he became uncomfortable after arriving when he realized that the group was larger than he expected, according to FoxLA.

“We should have modeled better behavior and not joined the dinner,” he said.

Pritzker’s decision to join protestors came though both the state of Illinois and Chicago had entered Phase 3 of the state’s reopening plan. Chicago entered Phase 3 on June 3, and guidance from the City of Chicago mandated that non-business or social gatherings be limited to less than 10 persons, NBC Chicago reported.

Cuomo traveled to Georgia July 20 to discuss the pandemic with Democratic Savannah, Georgia, Mayor Van Johnson. Officials from New York brought a large quantity of personal protective equipment to Georgia, including surgical masks, test kits, and over a thousand gallons of hand sanitizer, the Democrat and Chronicle reported.

Critics blasted the trip as a public relations stunt following Cuomo’s order that coronavirus patients be placed in nursing homes and other long term care facilities. Experts called Cuomo’s order a “fatal error,” and said that this order led to higher levels of death among nursing home residents.

Cuomo’s visit to Georgia took place though Georgia was one of the 22 states on New York’s travel advisory list, the Democrat and Chronicle noted. Travelers from states that are on the list must quarantine for 14 days after they arrive in New York, but Cuomo did not quarantine since he is an “essential” employee and his trip was less than 24 hours, the publication reported.

“Everyone wore masks the entire time except when they spoke at the press conference and these photos were taken three seconds after it ended,” Cuomo adviser Azzopardi told The New York Post. (RELATED: Cuomo Said He Was Going To Spend Thanksgiving With His Mother, Daughters. Now, After Backlash, His Office Says He Won’t See Them)

“There is no bigger champion of wearing masks than this governor and it’s ironic that the right wing echo chamber that spent months trying to politicize mask wearing is now trying to seize of this cheap political attack,” Azzopardi added.

Photographs of the incident, which occurred as Northam pondered mandating a statewide face mask policy, circulated on social media mocking the Virginia governor for failing to follow his own advice.

Northam’s office said in a statement that Northam was “not expecting to be within six feet of anyone.”

“The Governor has repeatedly encouraged wearing face coverings inside or when social distancing is impossible,” Northam’s office said. “He was outside today and not expecting to be within six feet of anyone.”